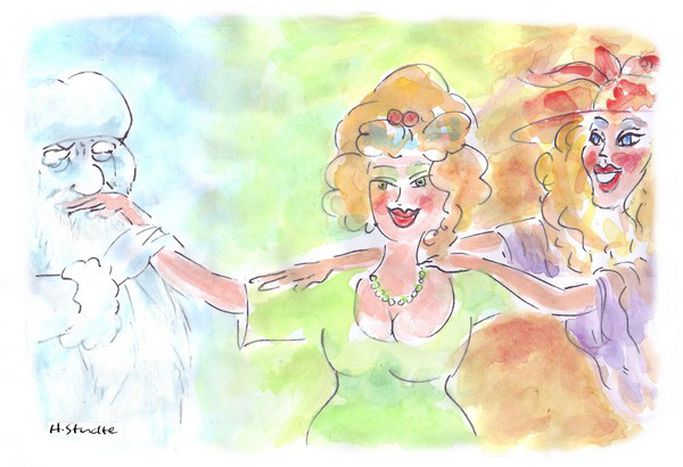 Spring, which officially begins on 21 March, has a habit of keeping us waiting. Here, European expressions take us through March, April, May and June in the hunt for some sun. Idioms of the week

If we follow the calendar, spring officially begins on 21 March, but the Poles warn that in March everyday the weather can be different: w marcu jak w garncu

For the Spaniards, the rainy month is April  en abril, agua es mil

because we get a mix of everything – a bit of winter, a bit of summer, you just never know! The Germans just dismiss the month: April, April - der macht was er will

(April, April, it does what it likes).

(In April, don't take off a thread, but do as you like in May). Many nations are happy to see the Wonnemonat Mai

(Germany) or the merry month of may

The usually sunny Spaniards fear the prolongation of the cold, preferring to not take their coats off until 40 May - aka 10 June - hasta el 40 de mayo no te quites el sayo

. The weather remains one of the few phenomenons in which we do not have a say. The only thing that is left for us to decide, as the Spanish would say, is to hacer su agosto

(make your own August) - make use of what you can while you still can, especially in an economic sense, when businesses enjoy a good period ... some in a financial crisis too.

First published on cafebabel.com on 25 March 2009