Berlin, Bucharest, Vilnius and Warsaw - four examples of what to do with those eastern state building dinosaurs

Full of sound, popular names, striking dimensions and captivating facades: representative buildings should put on show the power of the so-called eastern bloc. The so frequently preached about synthesis of closeness to, and love of the people, and of culture and physical training should be captured in the architecture. However how does Europe proceed with these architectural monuments from the not too distant past?

Berlin – Palace of the Republic 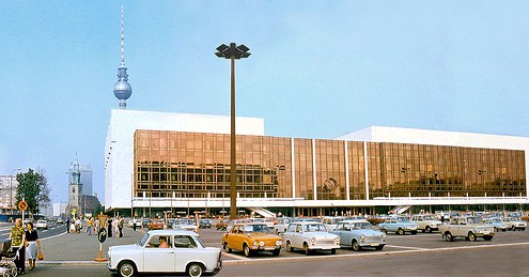 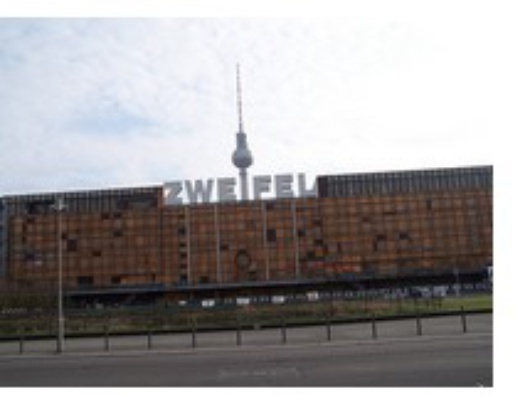 Here public leisure activities and political people’s parliament came together under one roof and were united under the hammer and sickle emblem, a combination which the capitalist and democratic states have tried, in vain, to achieve. ‘The best thing was that leisure activities were affordable then which is not true today,’ remembers 61-year-old doctor Manuela Karmein from Potsdam. ‘The palace was so popular with the people,’ he continues. Nevertheless in 2002, the entire Bundestag decided to demolish the DDR building which had already been cleared of asbestos. Now a replica of the town castle which was destroyed in the second world war will be built here, as the president of the German Bundestag Wolfgang Thierse explains, ‘to regain history’. What is still in question is why Prussian history has preference over the DDR past. ‘The west wants to destroy everything that existed in socialism that we remember as positive,’ Manuela supposes. Nina Brodowski from the Alliance for the Palace activist group also don’t understand why the potential palace shouldn’t be seen as a symbol for a bloodless transformation to democracy. The palace has been being built since 2006

Bucharest – Palace of the People 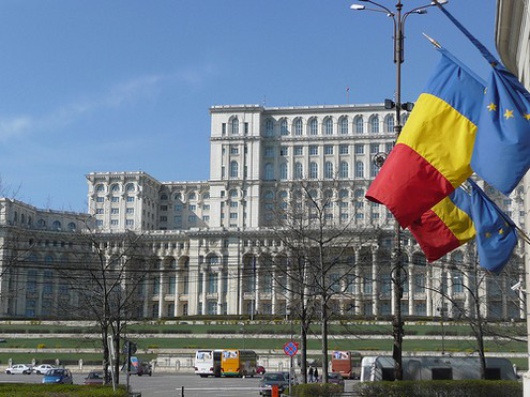 A fifth of Bucharest’s old town was compulsorily destroyed for the giant secular parliament palace to be built in 1977. Old people who didn’t want to move committed suicide, whilst valuable historical architectural monuments fell victim to the bulldozers. Schoolteacher Elena Colan, 65, pokes a little fun. ‘The great idiot (Communist dictator Nicolae) Ceauescu had already created something there.’ While a crude combination of neo-classicism decorated with kitsch details and mostly swanky, monumental, and intimidating facades grew, the people had to live without electricity and water. ‘Obviously for most, the palace is a reminder of a horrible time,’ concludes Elena. However why was only 70% of the palace destroyed? ‘It was an expensive project,’ Stere Lazar, a retired electric engineer for Botoani, says pragmatically. ‘It’s good that the building can now be used.’ In fact today the palace is home to the Romanian delegate chamber and the senate. Meanwhile Bucharest’s people are proud of this extremely huge achievement, never mind the architect Anca Petrescu, who is working on the remaining 30% of the project 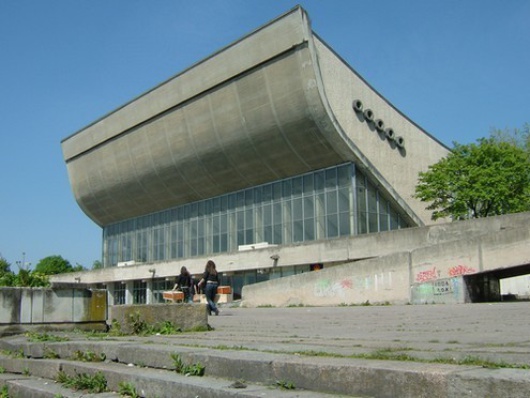 The Vilnius Palace of Culture, Entertainment and Sports on the right bank of the River Neris lies in the centre of the historical old yown of Vilnius. In 1994 it was explained to the world cultural heritage of UNESCO, that the capital is characterised above all by baroque, gothic and renaissance constructions. In a crass contrast to this is the modern concrete façade of the 15, 000 square metre sized multi-purpose building. Instead of the planned 1 million roubles which the Soviet Union contributed for the construction, the colossus has swallowed 7.5 million roubles until 17 December 1971, when with its 740 seats it could finally receive concert visitors. The builders received a national prize for Lithuanian modernism. However the owners view the ‘grey monster’ if anything rather cynically, as the moral connections associated with the occupying builders were too fresh in the memory. According to the political and economical changes of the country, the palace was privatised and it now stands bravely amongst the storm of the challenges of the ‘Bastille of Communism.’ In the meantime, the primitive construction has been placed under a preservation order, whether the Lithuanians want that or not 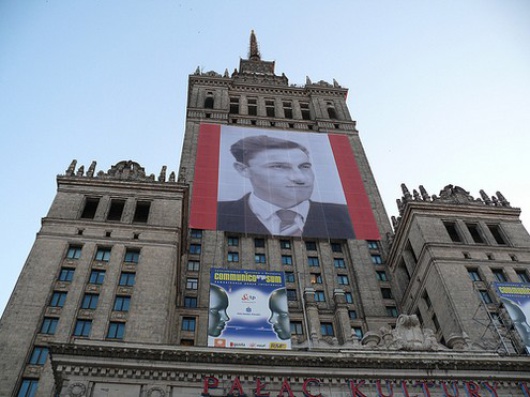 22 July 1995: the Joseph Stalin Palace of Culture and Science was opened. The statue of its namesake has been waived (he passed away anyway). Instead, Copernicus and statues of workers adorn the facades. Russian architect Lew Rudnjew realised his ‘wedding cake style,’ and at least his Polish colleagues could incorporate elements of their own architecture through the Soviet ‘patronage’ style. However the 231-metre-high, 33-floored building demonstrates the power of the Russian occupying forces at the foundations of the ghetto wall. Meanwhile, Warsaw’s secret symbols remind the older people of a time of suppression the young feel differently: ‘the palace is a cult image!’ according to Jaciek Sienkiewicz, who owns a café in the north-eastern region. ‘Demolition would have been costly,’ he continues. With its use as a consumer and entertainment temple, the building has fitted easily into the western capitalistic economic life