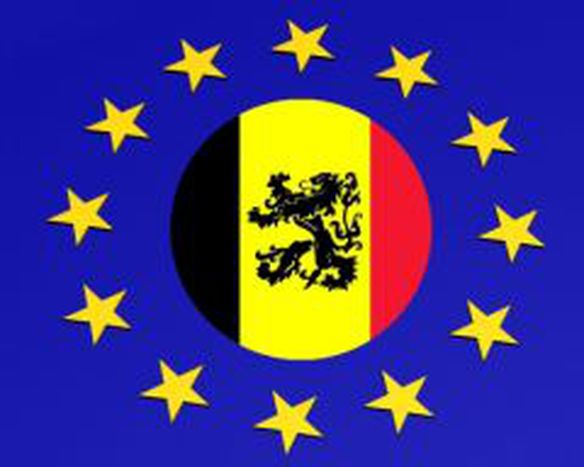 Europe's box of melting chocolates, EU regions on their way to statehood?

Since the results of the national elections held on Sunday 13 June, Belgium is assessing its viability as a plural Nation-State. The most recent episodes in the political and institutional crisis, which paved the way to the groundbreaking success of the New Flemish Alliance (N-VA) and their charismatic leader Bart De Wever, are nowadays leading to severe pessimism.

Nothing less surprising, though, than this regionalist backlash in Belgian politics: under the influence of the N-VA, a movement founded on the still smoldering ashes of the Volksunie, the historical party of the Flemish autonomist cause, the established parties in Flanders became in recent years more and more radical. Beyond the con-federal alternative, upon which the entire Flemish political spectrum seems to agree, Belgium is increasingly being perceived as a burden. Flemish regionalists point out that the disheartened wedlock of French speakers and Flemings has degenerated on the political level to a series of complicated and time-consuming compromises that satisfy few. For them, only one solution remains: divorce.

For Flemish regionalists, Flanders is meant to unfold within the European Union and thus ought to go all-out towards an independent Flanders. A party such as the N-VA, advocating the gradual dissolution of Belgium, is therefore constantly seeking to demonstrate a clear pro-European stance even into elements of its nationalistic imagery: a giant representation of the European flag, with one of the yellow stars replaced by a yellow lion, the national symbol of Flanders.

Belgium, which for a long time represented a laboratory of a plural Europe, appears once again symptomatic, though this time ringing the bell for multinational constructs in Europe. Like Flanders, other ‘nations without a state’ such as Scotland, Corsica, Cataluña, or the Basque Country, strive for independence. In February 2008, Kosovo proclaimed its independence and was immediately recognised by several EU members-states, including Belgium. But what appears legitimate for Kosovo may now reversely affect the territorial integrity of plural countries like Belgium.

As a matter of fact, this upward appetite for self-rule, together with the growing success of ethno-populist parties such as the Vlaams Belang or mainstreamised nationalist parties such as the N-VA, have benefited from the effects of European integration. Five decades of 'Pax Europea' have fostered the fragmentation of old homogenising Nation-States. While EU Countries lost a great amount of power transferred to Brussels, the associated deep-rooted democratisation process and the principle of subsidiarity relayed the legitimacy of self-determination, i.e. the right of citizens to establish and delimit their governing entity.

With the current reduction of economic, social, and political significance of borders, the EU also fostered regional connections. A 'Europe of the Regions' may here transcend redundant Nation-States, an idea cherished by several European nations without a State and currently standing for nothing else than mere EUtopia. The encouraged blooming of previously neglected identities did in fact not come with an adapted framework, in which nations without states could unfold.

While Belgium sees its Federal pact being emptied of substance to the bare minimum in the current government coalition-forming talks, it is also clear that the current configuration of the EU is not yet geared up for such regionalists’ demands. The model of a decentralised and federal Europe could indeed provide an adequate structure preserving identities of nations without a State, but the current shape of European institutions are far from providing such a framework. Even as ‘Europe’ represents a scapegoat for all proscriptive measures affecting citizens, Nation-States still play a critical role within the blurry European inter-institutional decision-making process.

The recently adopted Treaty of Lisbon, supplanting the aborted dream of a European Constitution, rejected by France and the Netherlands five years ago, is further firming up the power of old Member States. Hence, in a depoliticised Europe, the traditional Nation-State construct still constitutes the only practical horizon for pugnacious regions such as Flanders. Little room for Belgian hopes.

Nicolas Baygert is PhD candidate at the University of Louvain (Belgium) and the University of Paris IV-Sorbonne (CELSA), Member of the LASCO (Laboratory for the Analysis of Organisational Communication Systems).