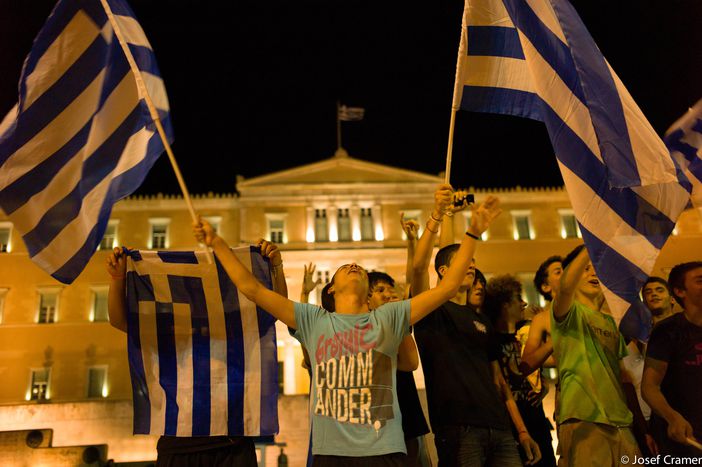 European Union Has Its Eyes On Greece

In two weeks, Greece’s trajectory might see a deep change in its modus operandi. With the left-wing party Syriza promising a debt renegotiation, the future of Europe might be unveiled on January 25th.

After three unsuccessful voting rounds for presidential elections, Greece was pushed to parliamentary elections to be held on January 25th. Opinion polls show a victory by the left-wing party Syriza, known for its radicalism and anti-austerity ideology. Alexis Tsipras, Syriza’s leader, has already manifested his intention of wiping out part of the Greek debt as well as cancelling the terms of the bailout imposed by the European Union and the International Monetary Fund. "With the will of our people, in a few days bailouts tied to austerity will be a thing of the past," said Tsipras. However, the future is uncertain with Samara’s Conservative New Democracy gaining more prominence. This political pandemonium in Greece is worrying the financial markets, but Alex Tsipras has promised to keep Greece in the euro and renegotiate the debt instead of completely ignoring it.

According to the latest polls, Syriza is leading the elections followed by the centre-right New Democracy. The communist KKE ranks third and the centre-left To Potami fourth. The extreme far-right Golden Dawn is ahead of PASOK, the centre-left coalition partner. The great new (or recent trend of the countries affected by the crisis) was the creation of a new political party, the Movement of Democratic Socialists, by former Prime Minister George Papandreou. This new bloc deserves some consideration as it might steal votes from both the weak PASOK and feared Syriza. Nevertheless, there’s always the possibility of governmental coalitions and there’s nothing that we can do but speculate while waiting for the elections’ outcomes. 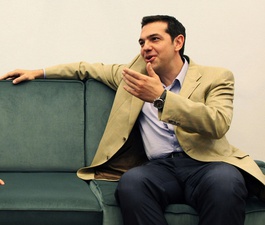 Europe is clearly apprehensive and different stances towards Greece are taking shape. The European left is supporting Greece and the end of austerity measures. Submissive countries reporting to autocratic entities is not the desired scenario for the leftists, let alone for the other Southern countries affected by this attack to their sovereignty such as Portugal, Spain and Cyprus. On the one hand, if Syriza succeeds, this could be the beginning of an economic and financial renegotiation, potentially unlocking Greece's deflated economy. On the other hand, the fear of an increased and cumulative debt has risen with the apprehension of what will happen if Greece doesn’t pay. Will it become the responsibility of other European states?

Let us go back in History and recall the London Debts Agreements in 1953, a political treaty enabling Germany to re-enter the markets and to evolve as a nation after the catastrophic consequences of World War II. Greece was involved in this renegotiation, which provided Germany serious debt relief and eventually, allowed the country to prosper again. This is Alexis Tsipras' idea for the future of Greece and Europe. If history is cyclic, why not repeat the good deeds instead of only disasters and crisis?