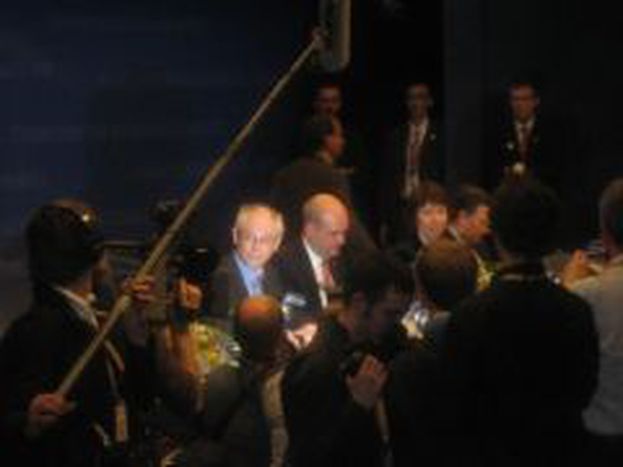 By Eline Gordts November 20 and Belgium is celebrating like it’s already New Year’s Eve. Yesterday evening, the European heads of state reached an agreement on who will become the European Union’s first permanent president. And yes, the man’s from Belgium.

Although Belgium today seems united by praise and pride for its prime minister, exemplified by members of majority and opposition cordially enjoying Van Rompuy’s cheerful last session in parliament, many raise concerns on what will befall Belgian politics, now its appeasing leader has left the country’s political arena.

Van Rompuy came into office only months ago, when his predecessor and fellow party member Yves Leterme, current Minister of Foreign Affairs, had to resign over accusations of attempting to influence the judicial process. Van Rompuy, at that time in the comfortable position of chairman of Parliament, was little eager to take up the country’s highest political office. Urged by the king, however, the haiku loving conservative capitulated to public pressure.

Leterme was elected in 2007 over a harsh, pro-Flemish communitarian stand, demanding for constitutional reforms and a change of the election law. Although polarizing electoral promises led Leterme’s conservative party to a historical victory, in a country with three regions and communities they make the formation of a federal coalition government an impossible task. It took Leterme over a year –and a brief reappointment of the former liberal Prime Minister Guy Verhofstadt – to form a government. Yet once in office, Leterme made himself rather unpopular on the French side of the language border, when for example misguidingly stating that “apparently the French speakers are intellectually not capable of learning Dutch.”

Unpretentious and little keen on personal victories or individual fame, Van Rompuy allowed for the return of a modest confidence between the different coalition partners, making time and space for actual governance instead of constant electoral rhetoric.

Characterized by haggling and ongoing balancing between parties and communities, Belgian politics in many ways resemble the political traits of the European Union, probably one of the reasons why Van Rompuy has been elected president. 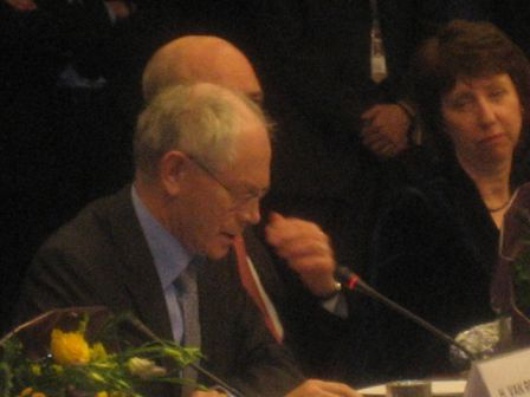 Because the balance between parties and political families, as decided upon by the 2007 election, has to be maintained, Van Rompuy’s successor can only come out of his own party, the Belgian Christian Democrates CD&V (EPP Group in the EP). Unless CD&V is willing to destroy the political career of its former leader Yves Leterme once and for all, by denying a man with over 800 000 personal votes the office of prime minister, it is likely that the latter will once again precede over government.

If Leterme will have enough personal capital and supporters within his government to actually rule the country, is a question remained unanswered.

Since the dossiers that caused Leterme’s unpopularity, the electoral and constitutional reforms, are scheduled to be addressed in Parliament as early as next month, many predict a new turbulent and chaotic period in Belgian political history.

Although popular in Flanders, few Walloon voters have forgotten Leterme’s communitarian stands and his inability to harmonize the different government partners. When readers of the Walloon newspaper La Dernière Heure were asked yesterday evening how they perceived Van Rompuy’s appointment, most of them answered that they “thought it will once again bring the Belgian federal government many dark hours.”

And in Flanders too, concerned voices are raised. Groen!, the Flemish ecological party said on their website in Dutch that although they congratulated Herman Van Rompuy, they sincerely regretted the fact that by his departure, "Belgium once again enters a period of haggling over posts and a search for a new balance between the five coalition partners. Chaos the country by no means needs.”

This article was first published in The Guardian's Comment is free site.