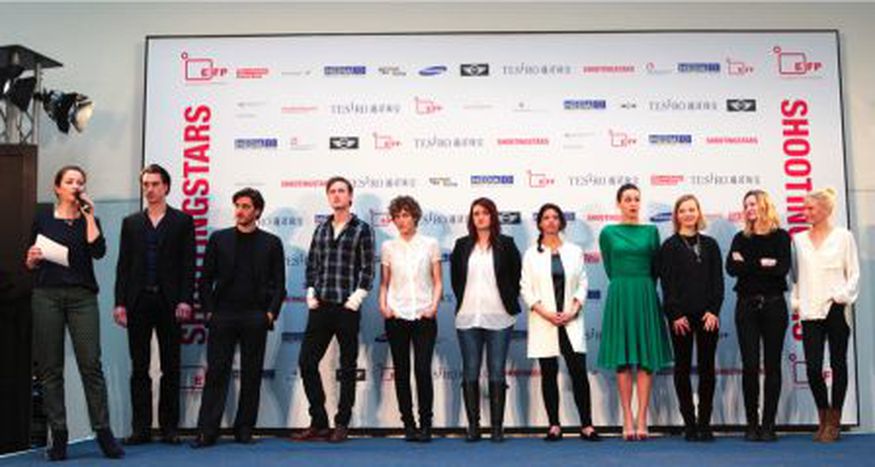 Cafébabel had the opportunity to talk with Laura Birn, the Finnish actress recently nominated as a SHOOTING STAR. The pan-European initiative SHOOTING STARS puts a spotlight on Europe's best young actors.

Every year, since 1998, European Film Promotion (EFP), a network of promotion and marketing organizations from 32 European countries, presents the most talented young actors from throughout Europe to the press, public and industry during Berlinale.

What does it mean to become a Shooting Star?

"Once chosen as a Shooting Star, the impact is often immediate. Actors with established national careers are suddenly on the international stage at the prestigious Berlin International Film Festival. "Shooting Stars put me in the right place at the right time" said Daniel Brühl, Shooting Star 2003. Among the actors recognized with the SHOOTING STARS AWARD over the years are such top-flight actors as Daniel Craig, Ludivine Sagnier, Maria Bonnevie, Rachel Weisz, Moritz Bleibtreu, Johanna Wokalek and Nina Hoss." 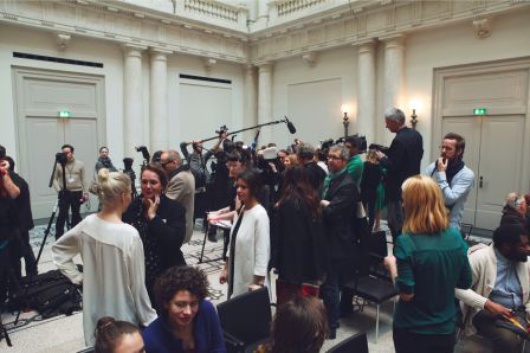 More than an interview it was a nice talk in the best Babelian style, jumping between languages, from English to Portuguese and the other way around.

Laura Birn explains us why she speaks Portuguese so well. We then talked about her role in Purge, the multi awarded movie by Antti Jokinen.

Purge is a tale of “deceit, desperation and fear. Aliide has experienced the horrors of the Stalin era and the deportation of Estonians to Siberia, but she herself has to cope with the guilt of opportunism and even manslaughter. One night in 1992 she finds a young woman in the courtyard of her house; Zara who has just escaped from the claws of the Russian mafia who held her as a sex slave. Aliide and Zara engage in a complex arithmetic of suspicion and revelation to distill each other's motives. Gradually, their stories emerge, with the culmination of a tragic family drama of rivalry, lust, and loss.”

Later we talked about the benefits of linguistic diversity and multilingualism, and about how it is to be a Shooting Star.

The interview was conducted in cooperation with Nisi Masa and Cineuropa.org 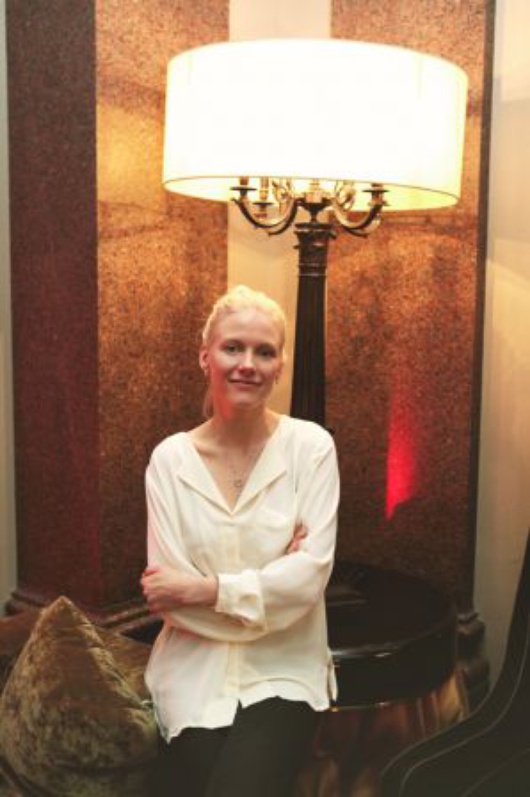 Laura Birn: I know, I know! I already forgot a lot because twelve years have already past since I came back from Brazil. But I still can talk. Ah! So you are from Portugal?

Cafébabel: Yes, I am from Portugal (laughs).

Cafébabel: …On phonetic terms. To understand the pronunciation from Brazil it is easier, that’s true.

Cafébabel: Do you have good memories from Brazil?

Laura Birn: I do, I do have. It was lovely to live in São Paulo. I was with a Brazilian family and they were super kind...Really nice people…I loved it!

Cafébabel: We could continue in Portuguese I guess, but I don´t know if you would understand everything... Now, more focused on Purge: During the process of learning your character, Aliide, did you also got into that period’s History to get to know how to build the character? How was it?

Laura Birn: I read about History and some books concerning the subject and I think it is interesting and good to understand and know about it. But always when I build a character it comes from inside the character and then there are the circumstances which affect how it behaves…

Cafébabel: Because the movie’s story deals with Trauma, with traumatic experiences. It is something still present which comes from that period. It is also important for Aliide, for your role, no?

Cafébabel: From what’s related with this time, this story, what would be the most important lesson that you would like to recall us, today? How people deal with this emotions and what comes after…

Laura Birn: Oh! It feels a little bit too big for me to tell what would be the right lesson but, very sadly it hasn’t disappeared from the world. The way power can make people sick, although women and men are getting more equal there are still a lot of abuses towards women. We still need to work a lot on Women’s Human Rights. I think it still is a very important issue.

Cafébabel: Now for something completely different… (Laughs)How is it to be a Shooting Star?

Laura Birn: (laughs) Well, it is a lot easier than what this people go through. You meet nice people… It has been fun and quite relaxed I would say.

Cafébabel: Really! Do you see it more as a personal distinction or as a responsibility?

Laura Birn: I see it as a very nice opportunity, a chance. It is very good and positive…

Cafébabel: In a way you are like ambassadors for European Cinema. You are presented as young actors and actresses that represent something like the European Academy. You will have to travel a lot during this next year, no?

Laura Birn: I don’t know actually what will happen or what will come after. I am proud to be one of the Shooting Stars and I don’t see it as a heavy thing.

Cafébabel: I already asked you about your Portuguese…

Laura Birn: (laughs) we can continue in Portuguese if you prefer…

Laura Birn: …But you have to speak slowly because you have that accent from Portugal…

Cafébabel: Yes, that is true…

Cafébabel: You came from Finland, a country with two official languages, Swedish and Finnish. Do you see Multilingualism, just as it exists in your country as an asset? Is it important for you to know other European Languages? As a professional, for instance, it gives you the opportunity to act in several other countries…

Laura Birn: Yes, I do think so. It can be like that. It is very good for an actor to speak other languages. I love to do it. I love Portuguese, Spanish…I also find Swedish lovely. I did learn it at school, though I understand it better than I can speak it. Also when you travel it is so nice to speak with others in their own language (laughs)…

Cafébabel: You have a new film in pos production …filmed after Purge.

Laura Birn: I don’t know how it will be whit this film. There were some recent problems with it and I don’t know if it will come out this year. I hope so, but it may not be the case…After Purge I did two other movies, still in pos production and before Purge I did Naked Harbor.

Cafébabel: But it was by your performance in Purge that you recently got the Jussi Award in the category Best Actress in a leading role in Finland?

Laura Birn: You know about it!

Cafébabel: Was it always your dream to become an actress?

Laura Birn: Not always. I guess I was 17 or 18, when in Brazil. There I started acting with this lovely people from São Paulo. But it was not a dream of mine.

Cafébabel: Was it then something that simply happened by chance?

Laura Birn: Yes, in a way it was like: let’s see what is going to happen. After that it toke me a few years until I got the courage to start thinking in becoming an actress, one day…Now I am really glad with what is happening to me.

Cafébabel: Then, enjoy it but don’t forget to be happy!