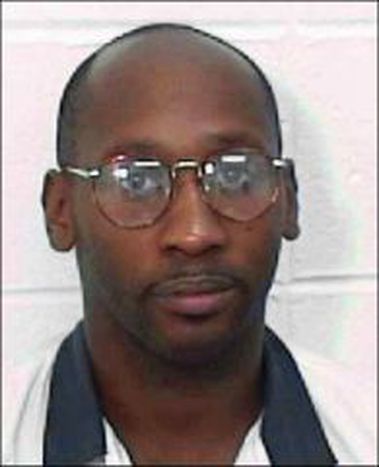 On 22nd October, the Presidency of the European Union issued a statement regretting “the US Supreme Court’s rejection of an appeal filed by Mr. Troy Davis, an American citizen sentenced to death in 1991 in Georgia, and the competent authorities’ subsequent decision setting the new execution date for this coming 27 October.

Troy Anthony Davis was sentenced to death in 1991 in Georgia after being convicted for the murder of 27 year old police officer Mark Allen MacPhail, who was shot in 1989 in a fast food restaurant car park. Since his sentencing Davis has lived through two scheduled execution dates. He now faces execution this coming Monday, 27th October.

No murder weapon has ever been found and there is scant evidence to suggest he is guilty. All but two of the initial witnesses to the crimes have since issued affidavits recanting their earlier testimonies. The affidavits contain allegations that in some cases the police pressured the witnesses into making statements, with many signing statements without reading them. At least three of the witnesses along with others who were not involved at the trial, have accused Sylvester “Red” Coles of the murder. Coles is one of the two witnesses not to recant their original testimony and is said to have confessed to the crime to numerous sources. Despite this, no court has been willing to retry Davis’ case.

Unsurprisingly the case has received widespread international attention, with opposition to Davis’ execution being voiced by human rights organisations such as Amnesty International, by politicians such as former US President Jimmy Carter and by key religious figures, including Pope Benedict XVI and Archbishop Desmond Tutu.

The European Parliament is opposed to the death penalty in all cases and under all circumstances and sees it as a violation of one of the most fundamental human rights, the right to life. Indeed, it is a prerequisite to gaining membership to the European Union that the applicant country abolish the Death Penalty. The case of Davis, in light of the unreliable evidence and inconsistent witness statements, has attracted particular attention. On 10th July 2008 the European Parliament adopted a resolution which called for Georgia to commute Davis’ sentence. The resolution highlighted how a request for a retrial was denied by the Supreme Court of Georgia and that “since 1975 more than 120 people have been released from death row in the United States, having been found innocent.“ On 22nd October an appeal was issued by the European Parliament presented by Luisa Morgantini, Ana Gomes, Marco Cappato and Colm Burke for a stay of execution. The appeal highlighted the lack of tangible evidence and requested the opening of a new trial.

Dr. Caroline Lucas, Green MEP for the South East of England and UK Green Party Leader, made the following statement to Café Babel:

“By refusing to consider the appeal of Troy Davis, the US authorities have condemned to death a man who may well be innocent, thus making a mockery of their own justice system and flouting international human rights' law. Despite a profound lack of physical evidence from the scene, the withdrawal of the majority of witnesses and the discovery of new evidence in his defence, Mr Davis' life remains in the hands of a highly flawed legal system which would rather see a potentially innocent man die than the real perpetrator brought to justice. I and my colleagues in the European Parliament once again call on the US Supreme Court to demonstrate a serious commitment to human rights by repealing the death penalty for Troy Davis, thereby preventing a potential miscarriage of justice. The state of Georgia must initiate a new trial for Mr Davis, so that pertinent new evidence can be presented in his defence."

In the words of the European Parliament Appeal: “Troy Davis embodies the symbol of a trampled upon presumption of innocence” and his execution should be commuted to prevent the unnecessary execution of an innocent man.