European Ingredients Do Not Add Up to Success

If you want to make a good European film, why not take an Italian director, a French actress, Spanish technicians and Polish studios? If only it were that simple… 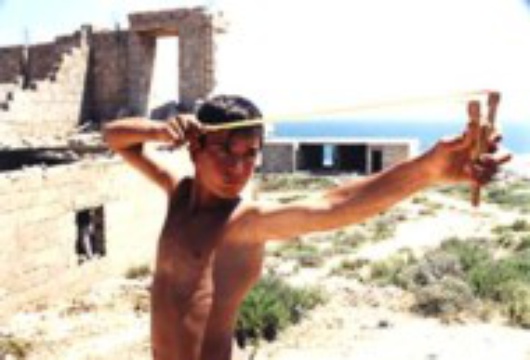 Everyone is familiar with American cinema, Asian cinema and Argentine cinema. But what about European cinema? Is it recognised across the world and in Europe? The answer is far from clear. And yet, co-productions have been organised within the Union for the last 50 years, productions like The Pianist by Roman Polanski, a Franco-Polish film. European cinema plays a part in the vitality of not only national film industries but also ‘European culture’. Plus, cinema is an art form which draws in the crowds. It could therefore also play a part in the construction of European identity.

Beyond financing, each country can bring its own particular savoir-faire to this area. Images are a strong cultural medium, even a way of creating unification. Americans have long understood this. The share of the market of their films ranges from 50% to more than 85% in European countries. American success rests on world famous stars and stories which are acceptable to everyone. So why not try the same recipe with a European flavour and European ingredients?

In English so everyone can understand

Good recipes contain diverse and varied ingredients. When applied to cinema, the recipe is as follows: a screenplay based on a wide-ranging European subject, the life of Napoleon for example; two stars, Catherine Deneuve for France, John Malkovitch for the UK; an Italian director, Roberto Benigni (La Vie est belle; and finally, Spanish technicians (competitive salaries). Put them all together in a studio in Poland (their studios are impressive) and all that’s left is to enjoy it in English so that everyone can understand.

Co-production on a European level did not begin with this recipe, and it has had particular success in films made for television. But many directors have realised that such co-operation can also cause indigestion. It is artificial, and it kills creativity and Community diversity. The scriptwriter Jean-Claude Carrière, who has worked with top European directors, remarks, ‘when you’re looking for a European subject, what immediately strikes you …is that the field of imagination shrinks instead of getting bigger. Good stories have clearly defined roots’.

For Dancer in the Dark, Lars Von Trier used funds from Denmark, Sweden and France. He chose two European actresses, Catherine Deneuve and Björk, and the film was shot in English. You might well ask if this European recipe doesn’t go hand in hand with marketing… It is preferable to believe that it is a case of a true unbiased artistic choice.

It would be better to further develop national film industries where ‘the subject, writers, performers, technicians and language reflect the soul, the culture of a country’, confirms Gilles Jacob, Director of the >A HREF="http://www.festival-cannes.fr">Cannes Film Festival. Cinema should not look towards ‘Europeanisation’. And audiences can tell the difference.

In the last few years, successful European films have had one thing in common: they evoke a world unique to each country. Examples are increasingly numerous. The clearest is probably Good Bye Lenin by the German Wolfgang Becker, who, through the life of an East German family, depicts the disruptions caused by reunification. Respiro, a nice little Italian film by Emanuele Criales, paints a sunny picture of a Sicilian island inspired by a local legend.

If European cinema is in good health, it is thanks to films with strong identities which find an audience across Europe. But there is no need to stop at one director per country. There are many of them to suit all tastes. The European Film Awards are trying to develop this European film industry. But despite the high quality of this initiative, their awards are less recognised and less mediatised than the Oscars. To hear tales from our neighbours, we therefore have to go to cinemas known as Europa Cinema. They try to offer a diverse choice reflecting ‘Euro-cinema’, all shown in the original language.

However, some films are barely released in their own countries while being applauded in others. Not all Europeans believe in their cinema, in their tales. Their preference is for American films. In 2001 the top 20 films in terms of ticket sales in the EU only contained four European productions, the first appearing in 12th place. To discover 25 different horizons and the worlds beyond them, cinema must be used as a ‘propaganda’ tool to encourage the fusion of cultures.