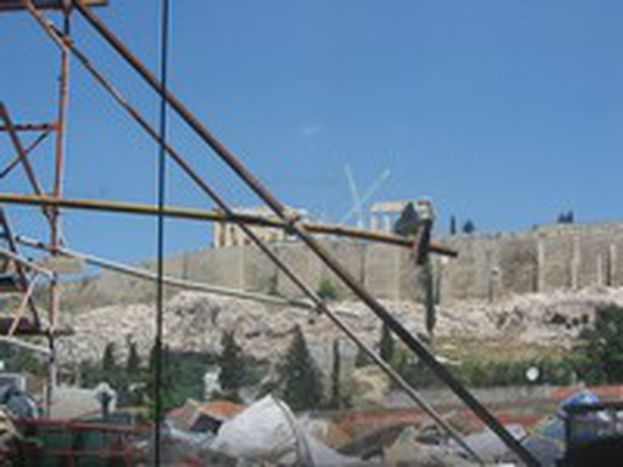 At the foot of the Acropolis, a new museum is undergoing construction – but something important is missing: the British Museum is not prepared to return pieces of the world-famous Parthenon frieze to Athens

Light filters through the glass façade on the top floor of the New Acropolis Museum. The ground is covered with boards and there is an odour of dust and mortar. 'We find ourselves on the third floor, in the Parthenon gallery,' explains Dimitrios Pandermalis, professor of archaeology and director of Organisation for the Construction of the New Acropolis Museum (OANMA). 'One day, the entire frieze of the Parthenon temple will hang here.' Wearing a safety helmet, he climbs over concrete slabs and across unsteady walkways. The new building is still a long way from being able to house antique treasures. 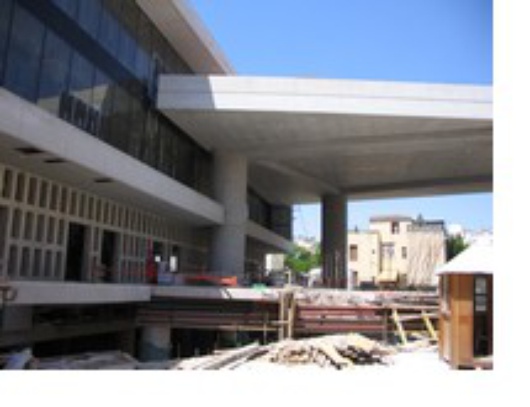 The building work is to be finished in September and the museum’s opening planned for January 2008. The original deadline was 2004, the year the Olympic Games took place in Athens; however, there were a few surprises along the way. 'Work on the foundations began in November 2004,' remembers Padermalis. 'During the preparations, the remains of an ancient building were discovered amounting to 4000 square metres. We had to wait for a court ruling to give us the green light to continue with construction.'

Bernhard Tschumi has made hardship into a virtue. In 2003, the renowned Swiss architect won the contract for the New Acropolis Museum. His building sits on heavy concrete pillars, leaving enough room on the lower ground floor for the archaeological excavations that will become part of the permanent exhibition in the future.

Modern Athens also stood in the way of the new building. The view from the glass front reveals an excavator tearing into one of the residential buildings surrounding the museum. The museum site is lacking some 25, 000 square metres due to its location in the middle of the city centre. 'There were some problems with the neighbours,' confesses Pandermalis. '26 houses have already been demolished and the owners compensated.' Court processes, compensation and the complicated business of transporting exhibits from the old Acropolis museum have meant that the cost of the new building has risen to 150 million Euros. Funding is being provided by European Regional Development Funds and the Greek government.

Antique treasures hanging on the end of a crane

The greatest architectural challenge was presented by the neighbouring building, steeped in history - the Parthenon temple. The gallery on the top floor imitates the décor of the temple and sits diagonal to the plinth of the building; the glass façade provides a view of the marble temple that is, in turn, reflected on the glass panes in the gallery. An optical effect that impresses even when suffering in the sweltering midday heat out on the viewing terrace. 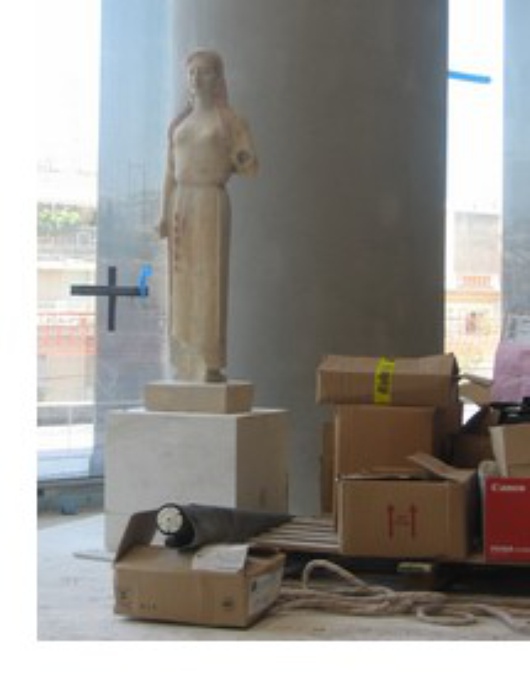 There is a gaping hole in the side of the façade facing the Acropolis. 'This opening is for transport,' explain Pandermalis’ assistant, Niki Dollis. 'The sculptures are lowered down from the Acropolis on a rope and brought across to the museum on three cranes. It takes two hours per piece.' She does not hold out any hope that the museum will open at the beginning of 2008. 'We must allow several more months for the exhibits and the museum’s service department to be moved. We still have a lot to do!'

Parthenon frieze – the number one problem

The famous marble frieze of the Parthenon temple is the museum’s biggest concern. The bulk of the frieze, 56 of the 96 reliefs that form it, resides in the British Museum in London. The dispute surrounding this antique artwork goes back to the early nineteenth century. Back then, British ambassador Thomas Bruce, Earl of Elgin, removed pieces of the Parthenon and other buildings and sold them to the British Museum.

From a Greek point of view, a clear case of art theft. Not so in London. 'The sculptures are the legal property of the museum,' asserts Hannah Boulton, of the British Museum’s communications department. 'The Parthenon sculptures are a part of world heritage and can be seen in London for free, seven days a week, by thousands of people.' Returning them is out of the question.

The first person to demand that the marbles return to their homeland was Melina Mercouri, Greek minister for culture and a national icon who began the fight in the eighties. Since then, a worldwide movement has developed – committees have been founded in fourteen countries to lobby for the return of the frieze. In Greece, the Melina Mercouri Foundation serves as the administrator of Mercouri’s political dispatch. Spyros Mercouri, director of the foundation and brother of the politician, writes of the request, 'we are mobilising the public for the reunification of this unique temple. We are not trying to steal treasures from other museums. We only care about this one treasure: the Parthenon temple, the birthplace of democracy – our soul!'

OANMA hopes that the new building will renew interest in this heated debate. After all, the British Museum argument has always been that the Acropolis museum does not have a suitable exhibition room. The new Parthenon gallery is a political call: looking out onto the Acropolis, the frieze could be admired here in its full glory of 160 metres. 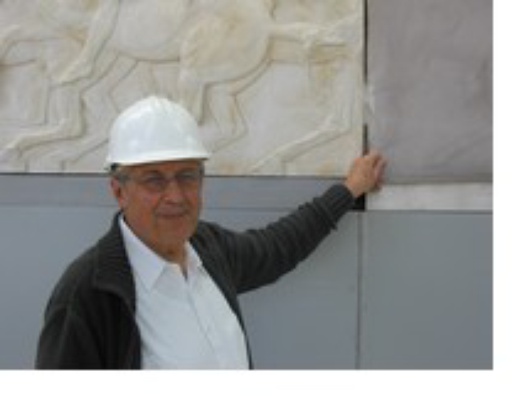 During a tour of the construction site, Professor Pandermalis hints that some provocative plans are afoot: plaster moulds of the reliefs currently in London will be embedded in the wall next to the pieces from Athens, but with a thin metal curtain covering the plaster slabs. 'There has to be a distinction between originals and copies,' Pandermalis smirks. 'The missing pieces should look like ghostly figures.'

According to Hannah Boulton of the British Museum, it is possible, at least in principle, to borrow exhibits. 'The Museum has never received a request from the Greek government for the temporary loan of any of the Parthenon material.' The Greeks regard themselves as the rightful owners, so why ask for a loan from London? Even the efforts of international guardians of world heritage have so far borne no fruit. At the beginning of June, British and Greek representatives met under the auspices of UNESCO. 'No new decisions were reached,' emphasises Boulton.

Back at his construction site, Professor Pandermalis remains optimistic regarding the progress. 'We do not want to humiliate the British, but to encourage a spirit of exchange,' he says, in the hope of a diplomatic solution. 'After all, we all have a bit of European in us.'

With thanks to Pavlos Giannouldis