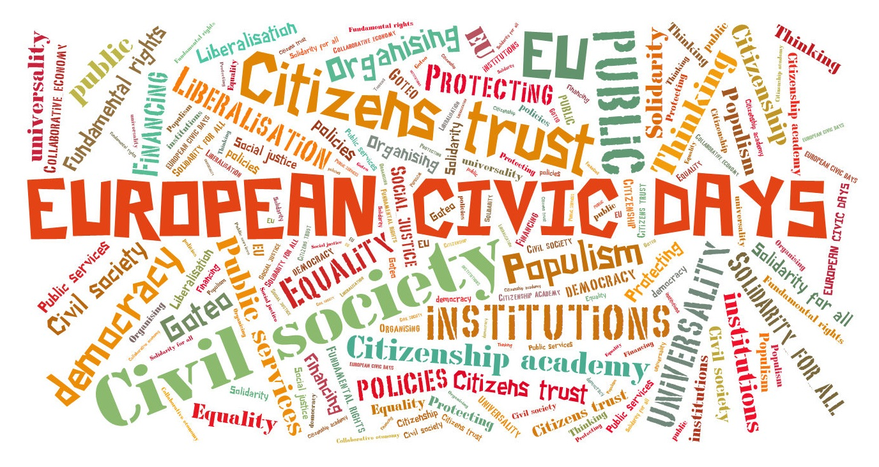 The European Civic Forum invited NGOs, politicians and citizens on 22nd and 23rd October to the Council of Europe in Strasbourg for the European Civic Days. This event commemorated 10 years of European activism in the areas of democracy, equality and solidarity. As well as debates and workshops, this year's event coincided with the 2015 European Democratic Citizenship Awards ceremony.

“Connect. Think Critical. Act for Change.” This call to action was emblazoned on the banner that hung on the podium and reflects exactly what the European Civic Forum (ECF) asks of the event's participants. The ECF is a pan-European network of NGOs and associations from all over Europe that aims to strengthen civic space, enhance civic participation and build civil dialogue. This event strives to spark critical thinking and pushes attendees to pose new questions with the goal of finding new ways to bring about change in the fight for greater democracy, equality and solidarity in Europe.

There was a special kind of atmosphere as the participants entered the Council of Europe (CoE) building at the opening of the conference. “It’s great to be here. It’s somewhere we can really feel at home”, some participants said. This is the kind of reaction that Antje Rothemund from the CoE is happy to hear. The CoE takes seriously its commitment to building synergies with civil society, which it sees as an important partner.

The aim of the first day was to discuss whether a Europe of solidarity is actually possible. Many connections were made to current affairs, including the ongoing refugee crisis. However, the president of the INGO Conference of the CoE, Anna Rurka, claimed: “It’s not a refugee crisis, it’s a crisis for European countries that cannot help and a crisis for countries that are in conflict.” She explained that it would be crucial to see how civil society can show solidarity with the refugees. The organisers invited three refugees, from Syria and Iraq, so that their voices could be heard. They talked about their experiences: “One day you wake up and everything beautiful is taken from your life.” They also shared what they were wishing for: “We ask the European people to bring hope back into our lives. It’s been lost to us for so many years.” 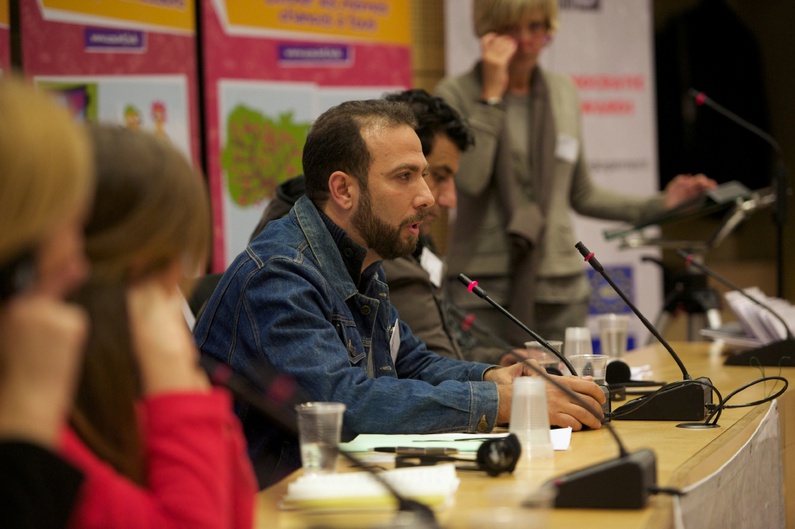 The audience listened thoughtfully to the stories of the refugees – the emotion on the faces of many of them was clear to see. Perhaps this was the intended reaction, perhaps the shocking moment of confrontation with reality is what is needed to force us to wake up from the abstraction of theoretical discussions. Daniele Archibugi, one of the speakers, argued that we should concentrate on the conflict itself and the reasons why these people left their countries. He points out that they certainly would have preferred to hold on to their social ties and get on in their home countries.

As the debates wore on, the atmosphere was increasingly charged with emotion, passion but also hope. “There is hope!” insisted Marta Meloni, one of the laureates of the European Democratic Citizenship (EDC) Awards. She stopped her speech for a moment, looked at the people in front of her and repeated: “Really! There is hope!” Most of these people, though, didn’t need convincing. Ms. Meloni was preaching to the converted, but the important thing was the symbol. A figure, a European figure, on a platform, who understood the fears and concerns of her audience. 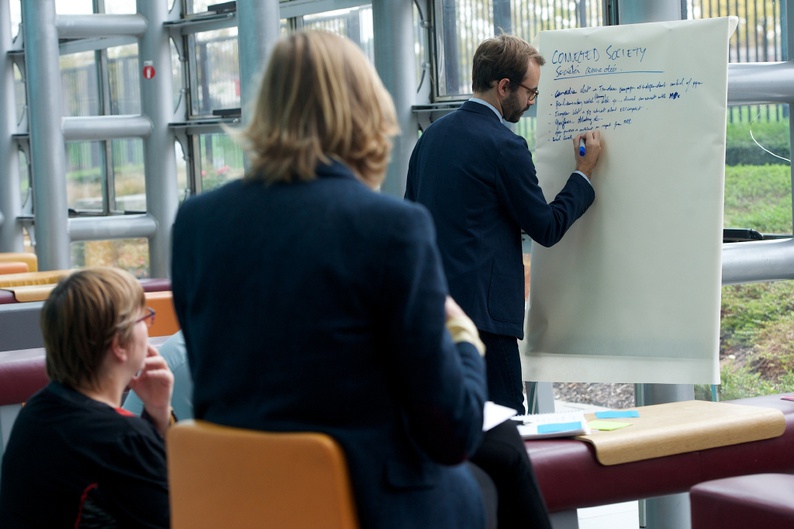 The second day focused on more practical solutions and possible tools that could be used. The main focus was on the group discussions and workshops on societies that aim to be collaborative, connected, inclusive or sustainable. For Marsida Bandilli, another laureate of the EDC Awards, finding common ground here was the most intriguing part of the event. Are we truly critical if we always agree with each other? She added: “There should be a follow-up. Otherwise, there is no real connection. Then it’s just a small ‘bubble’ and just talking.”

“Change starts with young people”, was the mantra repeated by many of the participants, but Matleena Heikkinen of the Erasmus Student Network, for one, doubted that this group was truly represented here, looking at the event’s demography. However, she enjoyed getting in touch with other “active people”. She explained that “you can’t change the world with a click of your fingers. You just try your best.” Connecting with others is crucial for this. ESN, for example, offers a social support for Erasmus students during their time abroad through voluntary work for the community they are in, e.g. by helping out in an orphanage.

At the end, the ECF Vice Presidents Jan Robert Suesser, Raffaella Bolini and Cristian Pirvulescu pointed out that the “democratic chain is broken” and asked how it could be rebuilt. They concluded: “We don’t have to find the solution, but we have to ask the question!” The event showcases that connecting with others, remaining critical (even of oneself) and reviving a passion for action are the best ways to develop these questions together and maybe, eventually, to find some of the answers.