Europe: where violence begins at home

From Rome to Warsaw: at least seven to nine hundred women a year die at the hands of a partner in Europe 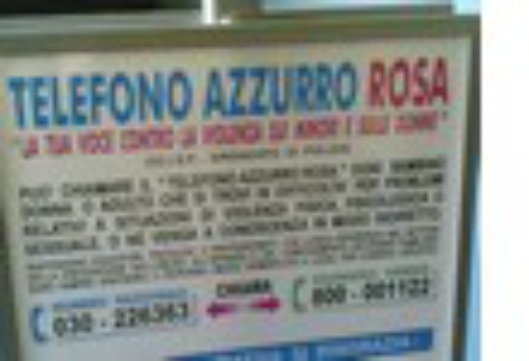 When Franco Frattini, vice president of the European Union, announced in June 2005 that at least 700 European women died every year as a result of domestic violence, many spoke out on the contrary. It’s a figure which vastly underestimates the brutal truth of domestic violence: urgent action needs to be taken.

In Italy, violence lurks behind closed doors. According to a 2004 ISTAT report, 55% of Italian women aged between 14 and 59 have been subjected to violent attacks or attempted violence. Of these,

Few victims feel able to report these crimes; an overwhelming 90% don’t go to the authorities. There are many reasons for this silence: the psychological control an abusive partner wields over their victim, a masculine culture and a society which is largely indifferent to this problem.

Moreover, until 1996 sexual violence was considered not a crime against the person but one against public morality. But recently the Italian government has become more active on a legislative plane. Barbara Pollastri, minister for equal opportunities, proposed an increase in penalties for crimes of a sexual nature through an “anti-violence package” of laws. The minimum penalties for rape are due for an increase. As for sexual harassment and stalking, they are offences that will be punishable by up to 4 years in prison.

The untimely death in August 2003 of French actress Maria Trintignant from blows to the face by her then partner Bertrand Cantat, former lead singer of the rock band Noir Desir, refocussed attention on the issue amidst public grievign. Domestic violence proved infallible across social borders. Records show that 6 women were killed by their partners every month of that year; that counts up to one every 5 days. Of these,

- a third were stabbed

- a third shot were shot

Stereotypes don’t apply, but the profile of a violent partner sketches out to be that of a professionally powerful man: managers (67%), health professionals (25%), and police or army officers.

In Spain violence is verging on national emergency. According to the estimates of the Spanish Women’s Institute,

- in 2003, one woman was attacked every four days by her husband, lover, or partner

- in 2005, three out of every ten murders could be described as involving ‘gender violence’, and 63 women were murdered by their partner 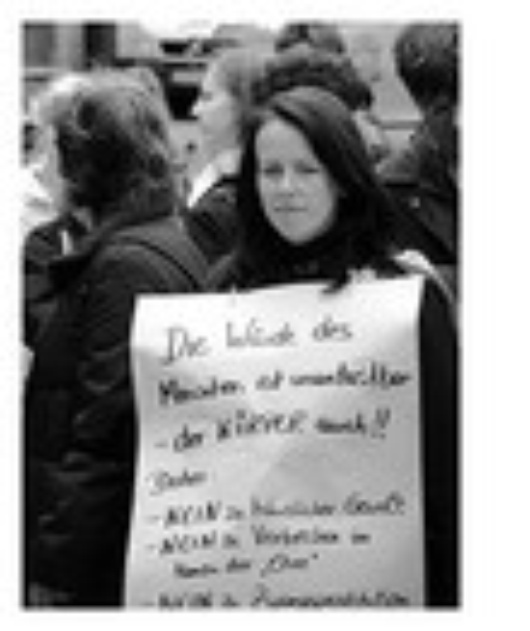 June 2004 saw the Law Against Gender-based Violence put into place, shortly after the socialist Luis Rodriguez Zapatero came to power. It introduced new protective measures for women subjected to domestic violence. Notably, the measures have requested 430 specialist judges will help fight these problems. A public prosecutor position against gender violence has also been created to work on penal and civil cases.

Initial research carried out by ‘Lebenssituation, Sicherheit und Gesundheit von Frauen in Deutschland’ (Living Situation, Security and Health of Women in Germany), in 2004 shows that:

- At universities and at work, 16% of those interviewed had suffered physical and 12% sexual violence

As in Italy, in Germany there is a clear reluctance to report this abuse, and in Germany only 12% of these women even sought medical attention, despite 44% having visible injuries; just 8% informed the police and a mere 5% pressed charges.

According to statistics recently released by the Polish police, more than 150, 000 citizens suffered domestic violence in 2005. The vast majority of these were women. 5% of women interviewed by the Centre for Social Research (CBOS), stated that they were attacked regularly by their partner, and a further 6% said it had happened ‘once or twice’. The beatings appear to occur after marriage, with many more married women attesting to being attacked regularly than those living with their partner.

1960: The Mirabal sisters are killed by the Trujillo government’s security forces in the Dominican Republic

1999: The United Nations rename the day International Day for the Elimination of Violence Against Women

2006: Women are still victims of so-called 'gender-based violence.' How can they defend themselves?

What the UN is doing

'Any act of gender-based violence that results in physical, sexual or psychological harm or suffering to women'- UN definition of violence against women

One of the international tools for the protection of women’s rights is the United Nations Convention on the Elimination of All Forms of Discrimination Against Women (CEDAW). It is from the UN too that the most up-to-date information on this topic is to be found. For example, on the 10th October the UN published a report on physical, sexual and psychological violence and the genital mutilation of women.

According to the data, one in three women is subjected to violence in her lifetime. 192 of the member states of the UN do not have laws punishing the male perpetrators of this violence, and only 89 countries have legislation pertaining to domestic violence. In Australia, Canada, Israel, South Africa and the United States, between 40 and 70 percent of women killed are done so by a husband or lover and this murder is often accompanied by sexual violence.

A survey carried out in Sweden, Germany and Finland confirms that 30-35 percent of 16-67 year old women have been victims of physical or sexual violence. But despite the vow of a text in 2002 from the Council of Europe, the European states have not shown themselves to be strong enough to resolve the problem. This pushed MEPs in 2006 to demand zero tolerance of all forms of violence against women and to push for more concrete preventative measures, underlining the necessity of adequate punishment for rape within marriage, crimes of honour and genital mutilation.