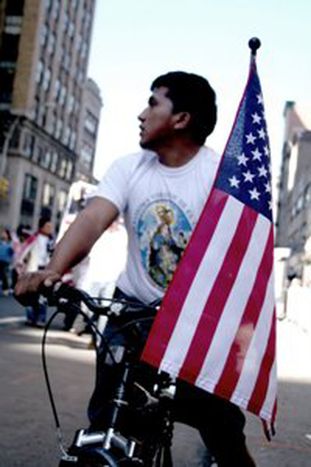 Europe - USA: back to french fries

Though support for Europe’s soft power grows in American liberal bastions, the military EU institutions still lack credibility in the US

In the immediate aftermath of 9-11, a wave of sympathy towards the United States originated in Europe. "We are all Americans”, proclaimed the French newspaper Le Monde in its 12 September 2001 issue. Differences over the way to combat terrorism led to a growing drift between the transatlantic allies that multiplied anti-Americanism in Europe and created animosity towards the EU in America. Remember when the cafeteria in the U.S. House of Representative renamed French fries “freedom fries”? The measure was just reversed a few weeks ago and U.S. fried potatoes recovered their former French epithet. Liberal bastions are beginning to believe that Europe is a valuable partner in the war against terrorism.

The prevailing view in America after 9-11 was that it was impossible to negotiate with terrorists and that European interest in also pursuing a diplomatic path was somehow ineffective. If Europeans refused to follow US leadership, unilateralism was the only available option. Five years later though, most Americans in Washington and New York, two cities hit by Al Qaeda have a more positive view on Europe’s efforts to beat terrorism. “The United States and the European Union are indispensable allies in the ongoing struggle against international terrorism. Neither can succeed without the other,” asserts Michael E. Brown, a security expert and Dean of the Elliott School of International Affairs at George Washington University. People in the streets hold a similar view. James, a student service coordinator at a language school in Manhattan, considers that Europe can “help enforce a broader and more effective strategy.” According to a survey by the German Marshall Fund in 2005, more than half of Americans believed the US and the EU should work in close partnership and a surprising 73% of US citizens also favoured an eventual stronger EU leadership in world affairs.

More and more Americans realize that weapons alone cannot defeat terrorists. Europe’s soft power may not be that irrelevant and ineffective, after all, and could explain why Americans increasingly appreciate their support. Julia, a 26-year-old English teacher who works in New York, thinks that the US has created so much animosity and suspicion abroad that European collaboration is vital in promoting dialogue and diplomacy. For progressive Americans, Europe succeeds in fighting terrorism without attacking liberties and rights in the name of security as the Bush Administration is doing in the States. “The foiled plot to blow up commercial planes flying from London to the US shows that Europe’s fight against terrorism is effective,” points out Abby, a journalist living in Washington,“and I haven’t heard that they monitor their citizen’s phone conversations like the NSA did here, or that they keep prisons like Abu Ghraib”.

Attacks in London and Madrid and plots discovered in countries like France, Italy and Germany have certainly contributed to remind Americans that Europe is also at the forefront of the struggle against international terrorism. Jeremy Shapiro, Director of Research at the Centre on the United States and Europe at the D.C.-based Brookings Institution claims the policy-making community in Washington is worried: “Contrary to the popular myth, neither the madrassas of Pakistan nor the slums of Cairo can churn out the shock troops of international terrorism. Rather (…) many young, angry Muslims in Europe are being radicalized.” The realization that Europe might be a source of terrorists that could threaten the United States places a growing share of responsibility on Europe in the eyes of many American experts.

Nevertheless Europe’s security and defence capacities are still perceived as weak, under-funded and unable to support to America’s counterterrorist machinery. “The European Union is important, but not terribly useful. The European Council, Europol, Eurojust, and the other EU institutions range from fledgling to pathetic when it comes to counterterrorism,” maintains Shapiro. Jon, a 33-year old native of Vermont who currently works for the British Embassy in Washington, stresses Europe’s need to improve its military and intelligence to tackle international terrorism. According to Michael Brown, “enhanced communication and information-sharing both within and among governments is the key to better counterterrorist policies.”

In liberal bastions like New York and Washington, Europe is considered to be an important partner at combating terrorism but areas where Bush has its electoral base see things differently. Moreover, a fundamental difference in the way both sides of the Atlantic perceive terrorism persists. According to the survey by the German Marshall, 71% Americans consider it a critical threat to national security, while only 53% Europeans hold that view. This gap in views inevitably affects each side’s priorities and strategies, undermining their ability to work together.