Europe-tripping: Christmas at the markets

If you have time to kill and money to burn, take a look around Europe’s Christmas markets – there’s so much more than mulled wine and cold feet 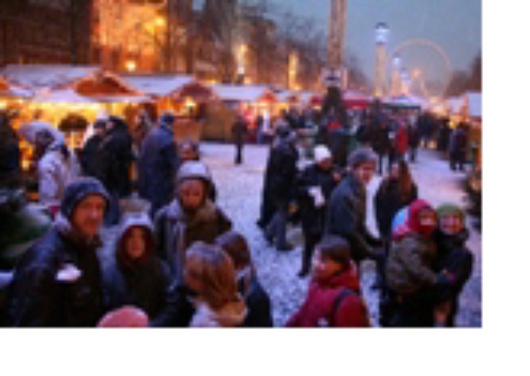 The Belgian capital is not only European during the Christmas period. At the end of the year, visitors can make the most of European cuisine. You can try everything from Scandinavian Glögg through German glühwein to English Christmas pudding - everything a European heart desires. With its wooden stalls, the market takes up the entire old town and the Grand Place. Every half hour festive patterns are projected on the Town Hall, accompanied with lighting effects and music. For those who need a bit of exercise after too many steaks and chocolate waffles, there is a 100-metre long ice rink at the end of the market, where you can try your luck.

A special attraction is in store for you at Vörösmary Place’s Christmas market. From December 1, one of the most beautiful buildings of the square is transformed into an advent calendar. Every day at 5pm, a window of Gerbeaud House facing the street is opened. From behind the window, the work of a contemporary artist appears, of course only a reproduction. Lighting and sound effects, including the likes of a brass band, provide background music to the festive opening of the window. The original works of art can be seen afterwards in the Gerbeaud Harmincad Gallery.

The market is open daily until January 1.

With a total of 65 stalls, the market in the medieval centre of Tallinn had a record number of visitors last year. About 35,000 Christmas folk came to the Estonian capital, of which two thirds visited from abroad. In 2003, the Christmas market was named the best tourist attraction of the year.

In the middle of the town square, under the enormous Christmas tree, Santa Claus has built his hut himself. According to organisers, visitors can speak to him, greet his sheep, or drop off their wish list at the Christmas post-office. Whether wishes have been granted or not can, luckily, only be found out after the market comes to an end. 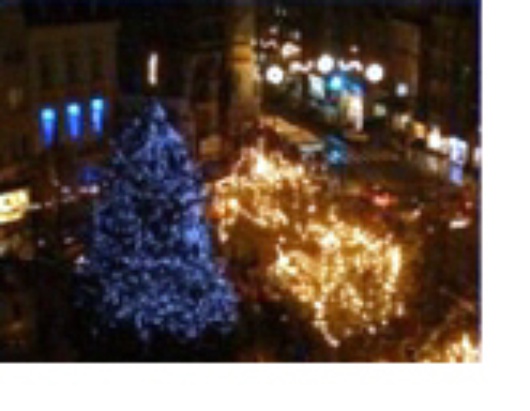 While Santa Claus is touring the Baltic States, Saint Nicholas is visiting the heart of Europe. According to the official website of the Luxemburger Christmas market, he arrived on December 3 at 2pm at the train station. Accompanied by his loyal companion, Père Fouettard, St Nicholas got to the Place de Paris, to the market, at 2.55pm. From there on, together with countless visitors, he can go to the Krëschmaart and eat a grilled sausage or a potato fritter. 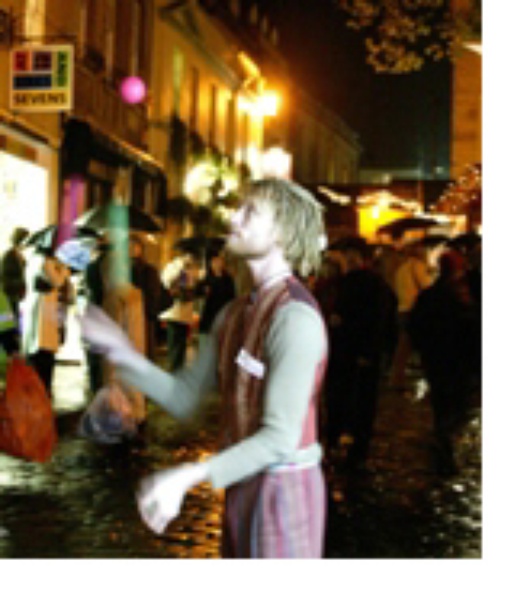 Extremely puritan, the Christmas market in Bath closes its doors by December 10. First held in 2001, the market is one of the top attractions of this town, a World Heritage Site. Even entertainment is taken care of, as every 40 minutes new actors tread the boards on the main stage. The programme ranges from latin and modern jazz, or Christmas carols accompanied by an accordion, to the ‘Doctor of Magic’ who will conjure tricks in front of the mulled-wine-tipsy crowd. Even multiculturalism has its place here. With the slogan ‘Bollywood Christmas’, you can buy Christmas jewellery from India, with inspiration from Diwali, the festival of lights. If you’re not keen on leaving the magic of the Christmas market to amble through the fragrant little streets, on the internet you can find out about the location of particular stalls and also about the entertainment programme before you arrive. So don’t leave anything to chance – plan your visit!