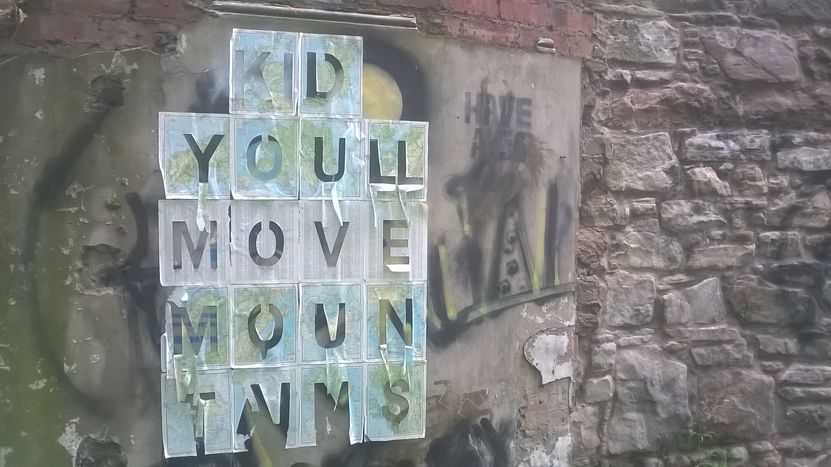 Europe: the cultural case for #remain

In the In/Out debate, some of the most vociferous calls for the UK to stay in Europe have come from artists and others working in the creative industry. This isn’t even confined to the British isles: just a couple of weeks ago, a whole host of European writers have come out in vocal support of the UK staying in the European Union.

There are a lot of reasons for this, but it boils down to two main factors;

I work for an international festival. Ask me to close my eyes and imagine what my job might be like if the UK left the EU and my reaction might be rather like that of Manny in the first Black Books episode when he tries to envision an ocean. Programming non-EU artists, even those coming from relatively ‘safe’ bets such as the USA and Canada, always has an element of risk about it. You can’t know until shortly before their scheduled performance whether or not the artists have been granted visas allowing them to travel to the UK. Even then, there’s always the fear of artists being turned back at customs – and no, I’m not being paranoid. The lurch of my stomach when I received a whatsapp message from a Georgian poet’s wife saying that he and his colleague were stuck in Istanbul airport was only equal to the moment a writer texted me to say she’d been wheeled out of Heathrow by paramedics. That was a fun day.

The result, were the same uncertainty to be extended to our European neighbours, would be inevitable: festivals, galleries and other arts institutions would programme fewer international artists, purely because there are only a certain number of risks you can afford to take. This would be compounded by the fact that artistic directors and programmers would have more bureaucracy to overcome to travel, and international travel would likely cost more, meaning that they wouldn’t be able to talent scout abroad to the same extent.

The consequence? British artists and audiences would lose out. And I’m not just talking about there being less of the same – different European countries and cultures have different approaches to and fashions in music, film, literature. Being able to travel abroad for collaborations without worrying about red tape or money, and being able to invite international artists to the UK to showcase their work opens up new possibilities for us. It allows us to see new ways of creating art, of approaching it and of funding it. It encourages us to take a look at our own work with fresh eyes. Inevitably, collaborations between UK and EU artists would diminish if we vote leave, not just because they would become more difficult to organise, but because the chances of spontaneous meetings would drop. You wouldn’t just find yourself in a bar in St Andrews with a visual artist from the Netherlands and a poet-software designer from Norway. The alchemy of serendipity would be lost.

That’s just one aspect of membership of the EU which really benefits the arts – and, as a result, the British public. There’s also the fact that, as long as we belong to the EU, the UK has access to funding, and career pathways, and literary and media programmes to support and develop the arts. There’s no guarantee of equivalent funding being put in place if we leave the EU, and the impact on the creative sector, already bearing the brunt of so many financial cuts, could be atrocious. Some worry that if we leave the EU, the UK would likely adopt the US style of funding, and evidence suggests that this model couldn’t be grafted onto the UK creative sector in a sustainable way.

And then there’s the fact that, at the moment, we have a remarkable amount of influence on EU policy-making – on policies which will continue to affect us whether or not we stay in the EU: the digital single market, copyright, trade agreements, to name just a few. Leave the EU, and the world’s biggest single market will continue to make decisions crucial to our culture and economy without any input from us.

The thing to be aware of though, is that none of these factors are limited to the creative industry alone. The advantages of trade, travel and cooperation beyond borders can be felt in sport. The media. Heavy industry. Service industries. They might be intensified in the arts – but above all they are simply visible. The image of a stagnating, inward-looking, under-funded creative field that so many artists and producers fear reflects consequences of a leave vote which would be felt across the board.

Boris Johnson, in one of his early speeches about Brexit, claimed that what we want with the rest of Europe is a trade agreement – and in claiming so, he fundamentally missed the point. Trade is important, of course, but the EU is about so much more. About looking beyond borders. About negotiating peace – in places as close to home as Northern Ireland. About solidarity. About learning from others and thus becoming more of ourselves.

It is no coincidence that the original structures which grew into the European Union were built up around the same time as cultural projects as diverse as the Edinburgh International Festival and, yes, Eurovision. For all of their differences (and I admit, these are great), all of these projects had one idea at their core: to bring together a Europe torn apart by war. This core principle of bringing together peoples with different experiences and different priorities still exists, and the arts play a vital role within it. The arts are viewed in the EU’s strategy for culture as, among other things, a key component of international relations. Allowing access to international films, or visual art, or books, is one way of enabling people to see that the people behind all tabloid headlines are just that – people. And that recognition is a vital for anyone to step forward and start a dialogue. To quote Creatives for Europe, ‘At a time of uncertainty and risks to social and cultural cohesion in all our communities, we need to build mutual understanding across cultures both in the EU and globally. Remaining part of the EU and these common cultural efforts is essential.’

This article was originally published on the Scottish Greens blog.