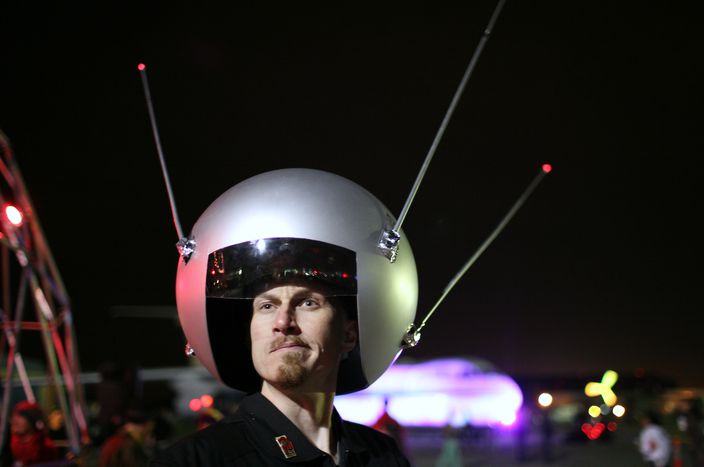 The curtain rises as six European intellectuals, from Umberto Eco to Gyorgy Konrad, address a Parisian amphitheatre dotted by an audience of bald men. We are at a presentation of the manifesto 'Europe or Chaos', though a little more action and a little less poetry might be appreciated

The Arte television cameras switch on the red lights at 8pm. French philosopher Bernard-Henri Lévy settles into a chair placed in the middle of a stage highlighted by the presence of Italian writer Umberto Eco, cigar duly in mouth. Behind their heads, an image of the map of Europe is projected, with the phrase: 'Europe or chaos'? The shadow drawn by these words is as gloomy as the manifesto that these intellectuals - amongst whom includes one woman in the form of Bulgaria's Julia Kristeva – come to present.

Read 'Claudio Magris – ‘When Europe is one state’ on cafebabel.com

The manifesto is about a text endorsed by the likes of  Spanish philosopher Fernando Savater, British writer Salman Rushdie and Portuguese novelist Antonio Lobo Antunes amongst others. Amid such rhetoric there seems to be one main message: more political unity, or it will result in the death of the European union.

Notions of the past

However, this afternoon, in Paris, little mention is made of this text. Each guest takes their turn to express their views about everything and nothing, about themselves and about peace. Juan Luis Cebrián, the chairman of the Spanish media conglomerate Prisa (which runsEl Paisamongst others - ed), attacks the submission of the European institutions when it comes to unemployment – but what about the victims of his newspaper's own recent redundancy programmes? German novelist Peter Schneider calls for a 'citizens’ Europe', whilst Umberto Eco goes back to the 'unthinkable idea' of war in the present day.

'The philosophers and writers seem to know little or nothing about the loss of social rights, the growing impoverishment of the middle classes or the frustration of a generation of better educated young people'

In fact, with regards to the future - little is said about it. Two students from the postgraduate private institute I attend, the college of Europe, try to bring common sense and freshness to a redundant debate which is stuck in the past, and peppered with catchphrases and utopias. Their questions, focussed on the forgotten youth in the discussion about the Europe that our parents built, not only get no answer, but arouse a certain defence in some speakers.

By 22:30, the conversation is brought to a close. Public europhiles give thanks for their initiative being brought to these intellectuals, who leave the stage brimming with pleasure at having contributed to raising awareness. The philosophers and writers seem to know little or nothing about the loss of social rights, the growing impoverishment of the middle classes or the frustration of the generation of better educated young people. It is not that they are to blame for being old intellectuals or for being tied to the old Europe, but it remains a relic to listen to these old glories - with all due respect - debating about the future of a European union whose current state they seem to ignore. What we need is more action and less poetry; why talk about the challenges we face now when you can cling to the Europe of Kohl, Mitterrand or De Gaulle.