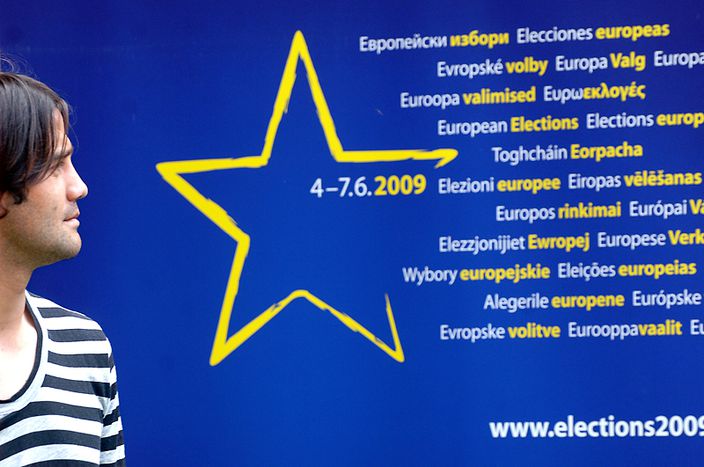 Europe has voted: so what's the trend?

From 4 - 7 June 2009 the citizens of the 27 EU member states cast their votes for a new European parliament. The voter turnout was relatively low, but the trends are clear to see. In many countries right-wing parties gained a larger share of the vote while national governments were punished. The press in Holland, Poland, Italy, Finland, Austria and Hungary speak

'Live with it' - NRC Handelsblad, the Netherlands

In the Netherlands Geert Wilder's party for freedom (PVV) won four mandates (out of 25 seats) in the European parliament for the first time. The big losers in the elections were the parties of the grand coalition, in particular the social democrats. The liberal daily comments: 'This is an indication that there is considerable voter support for the ideas of the PVV, which are against Europe, against Islam and play up to people's xenophobia. This is a fact the other parties will have to live with. It will be difficult for them to win back these voters without renouncing their own liberal or social principles - partly because the PVV's victory was a major one and also because of the simple fact that the great majority of the Dutch population, 83%, decided not to vote for this party. Will the election result now lead to the conclusion that the Balkenende government must resign, as the leaders of the PVV and the liberal VVD have already demanded? The answer is no. These were European elections'

The right-wing true Finns party increased its share of the vote by 13% in comparison with the 2004 European elections (winning one seat out of 13). Its leader Timo Soini won more than 130, 000 votes. The daily writes that this hardly comes as a surprise: 'The true finns have won their expected victory in the Finnish European elections. As the pollsters had predicted, the doors of the European parliament have opened to the anti-Europe leader Timo Soini.

Its practical meaning remains a curiosity

Although this represents a historic performance its practical meaning remains a curiosity. Soini, who is continuing in the best tradition of Vennamo populism [after populist politician Veikko Vennamo] showed with his campaign that it's possible to whip up enthusiasm among the forgotten people even without European masters and solely on the strength of rhetoric. Not even his plans to spend only a brief spell in the European parliament and return to domestic politics in time for the next general elections could hinder the avalanche of votes he received'

The daily comments on the victory of the right-wing freedom party of Austria (FPÖ) and the independent EU critic Hans-Peter Martin: 'More than one third of voters cast their ballots for populist parties and their top candidates during the Austrian EU elections. The FPÖ doubled its score (it should get 2 - 3 seats), although it failed to live up to the results forecast in the surveys. With the undying support of [the daily] Kronen Zeitung, Martin had no trouble defending his third place. Not many of his voters will know what he stands for, what his political programme is or who occupies the second spot on the party's electoral list.

Voting is not a right to be taken for granted

Clearly it is enough in this country to enjoy the confidence of [Kronen Zeitung's publisher] Hans Dichand, to fulminate against the EU and to blaze along the campaign trail with a light bulb in your hand. Voter turnout didn't plummet as expected, a fact due in part to the Europeans from other countries elegible to vote here, as well as naturalised Austrians for whom voting is not a right to be taken for granted' (Alexandra Föderl-Schmid)

The liberal daily considers that the seats in the European parliament won by eurosceptics and extremists do not yet pose too great a threat: 'In the new European parliament, extremist groups and politicians will be represented who used populist and often anti-European slogans in their campaigns. The so-called traditional [centrist] parties are finding it increasingly difficult to reach people, and are becoming distanced as a result.

A growing number vote for people who stand out because they talk plainly, use populist language and reach the masses

In addition, the programmes of the European social democrats are very similar to those of the christian democrats, and simple people aren't able to see the dissimilarities. For this reason a growing number of people vote for people who stand out, because they talk plainly, use populist language and reach the masses with their message. Extremist parties are no novelty in the European parliament - they were also present in previous legislative periods. But if the traditional parties start to match their programmes to the anti-European trends a real threat will emerge' (Jacek Pawlicki)

The left-leaning daily comments on the surprising election result of Hungary's right-wing extremist Jobbik party, which won three seats in the European parliament: 'The dramatic advance of the radial right must come as a hard blow for every democrat in Hungary.

The just under 15% of the vote that Jobbik was able to win in the European elections [with a voter turnout of 36%] is an ill portent for all those who want a Hungary based on democracy and human rights. Those committed to democracy need to urgently reflect on what has gone so terribly wrong in Hungary in the past few years. Hungary has received a mighty slap in the face from hundreds of thousands of voters. We can only hope that this will shake those who see themselves as democrats into action. If not we face huge problems: rapidly spreading racism, self-administered justice and a trend towards a police state' (János Dési)

The left-liberal daily comments on the transformation of the political panorama in Europe: 'The moderate right has paradoxically been able to land a victory on two fronts: where it is in government, for example in France, Italy and Germany, the message of a calm force that is able to soothe the fears of voters has won the day. And where it is in opposition, like in Spain and the UK, it won the protest votes of those who blame the government for the economic crisis.

The success of the right-wing extremists and opponents of Europe in Holland, the UK and Austria is the other side of the coin. Here the fear of social upheaval turned into anger, hostility and the desperate demand for a moral and ethnic 'order'. And the way this type of xenophobic and racist delirium often goes hand in hand with a deep hostility towards the European project, which in many cases is the only effective protection against ultra-nationalist and anti-democratic tendencies, should give us food for thought' (Andrea Bonanni)