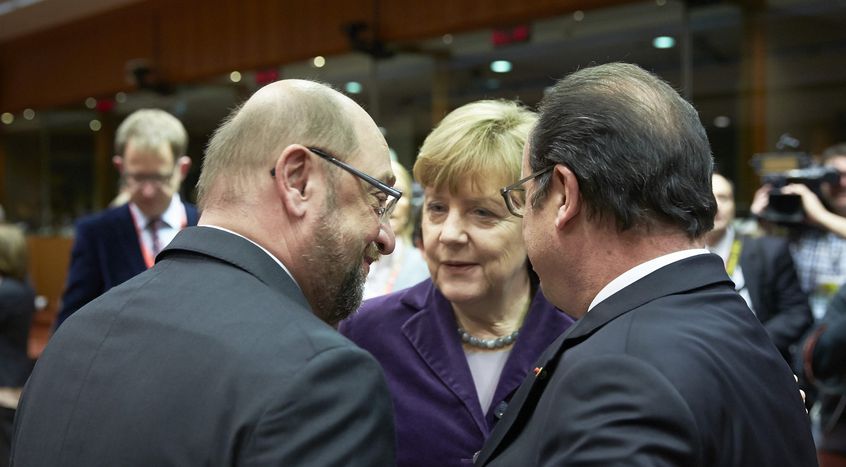 Europe: For the refugee crisis, hope has been postponed

The EU summit from February 18th to 19th wasn’t just about a potential Brexit. The refugee crisis was also up for discussion – as hope dies at last.

The hall is empty, awaiting the next press conference. As rumor has it, the heads of state are still dining. Six hours in all. Merkel has already stated her intention of finding agreement among the 28 member states. But that could take some time. 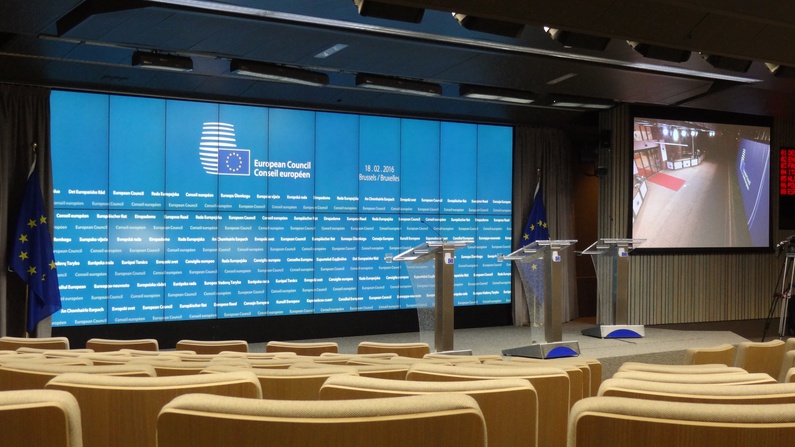 My tired eyes wander to the wall, where the mission of the European Council is posted in all languages of the member states. Europe, "unification of the diverse". It’s a distorted concept these days. The newspapers here are full of reports on the latest developments in the Brexit debate. At the same time, people are massing at European borders, and refugee camps are filling up.

Refugee Crisis on the back burner?

The focus of the meeting was apparent: UK, UK … and a dash of the refugee crisis. A journalist asks how the crisis developed. European Parliament President Martin Schulz has a clearcut answer: "If all European member states were to participate in the distribution of refugees, either via legal mechanisms or voluntarily, there would be no crisis."

Schulz further explains that the crisis developed because "a large percentage of countries are acting as though they are not affected by the stream of refugees fleeing from terrorism, civil war and persecution." It’s cynical, Schulz said, that countries responsible for causing the crisis in the first place now are criticising the European Union for its lack of a meaningful response. 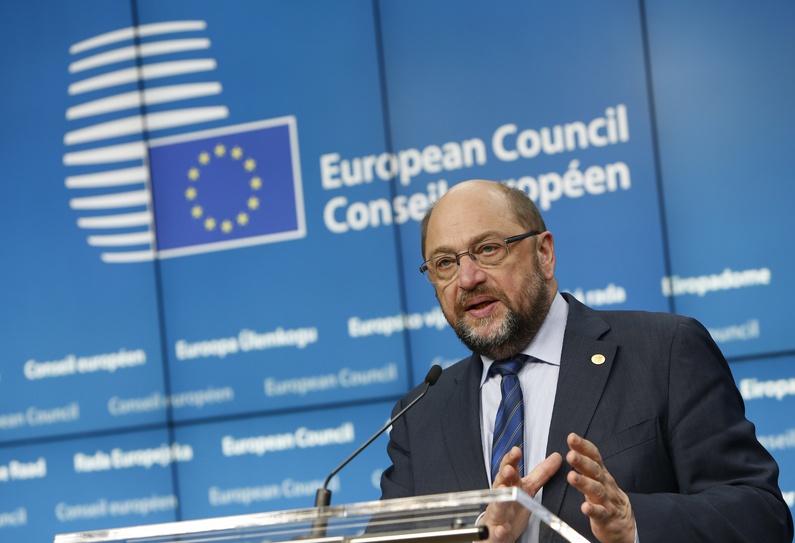 "If all participate. If there’s distribution based on fair criteria. If we register people at hotspots," Schulz said, "If we concentrate on the people from Iraq, Syria, from areas where brutal conditions exist, then we can definitely deal with the situation."

His words are reminiscent of Merkel's famed "Wir schaffen das" (We can do this). But maybe it’s also realistic and important to sustain the community belief in finding a common solution. Schulz explains: "The EU is as strong as its member states want it to be. But if the member states aren’t prepared to accept their responsibility, the union will suffer."

Numbers speak for themselves

While the EU president emphasises the people and their suffering in his statement, others eye the numbers. Given the framework of the Dublin refugee agreement, it’s unthinkable and untenable that Austria should shoulder the burden for accepting refugees on behalf of all of Europe, that's according to Austrian Chancellor Werner Faymann. But is the Dublin agreement really the issue? Wasn’t that issue settled a few months ago?

Faymann discusses the refugee situation in terms of numbers that represent the people that Austria has accepted in the context of the refugee crisis, but it’s not clear from his statement that there are human beings behind those numbers. But he does explain that, whatever can’t be resolved at the borders, has to be achieved with an equitable distribution of refugees within Europe.

Late in the evening, Angela Merkel presents an outline that all 28 member states can agree on. The main goal is to end the stream of migrants and to reduce illegal immigration based on an EU-Turkish action plan, Because of the recent terror attacks in Ankara, the details will be hammered out at an upcoming March EU summit.

There’s an urgency in the air as it becomes clearer that some countries will take unilateral steps. Austria, for example, will reduce the number of refugees it will accept and other countries are closing their borders completely. With the potential for a big surge in refugee numbers in spring, Merkel declares it’s critical to reach a decision in order to hold the union together. 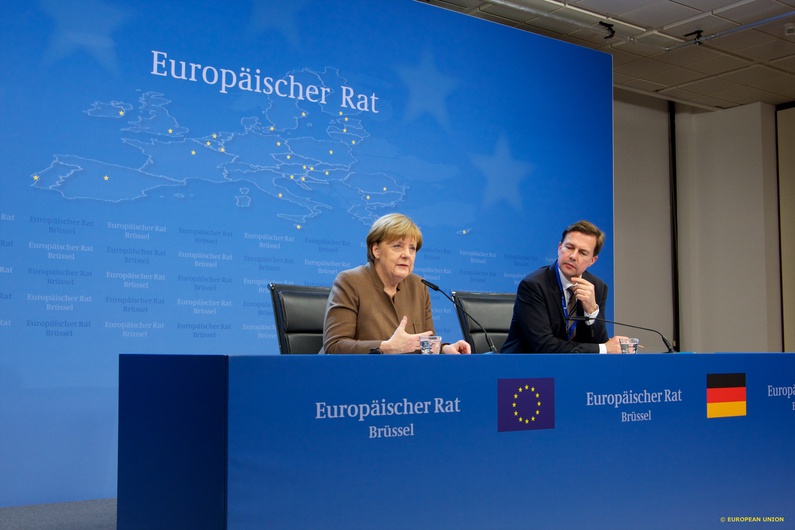 One big foreseeable change is a NATO mission to secure the EU’s external border. There’s also talk of more cooperation between Frontex (the EU border security agency) and the Turkish coast guard. A second step would be to begin a process for a legally based resettlement of refugees from Turkey to the EU. But transportation issues aren’t the main focus – what’s really at stake is the security of Schengen. According to Merkel, the first results of new policies should become apparent by March.

"We need a certain amount of time to evaluate those results and we will take that time," Merkel says.

In general, there’s a feeling that time is running out, and the conference participants look tired. Discussions continued until there was a consensus because, after all, Brexit remains on the agenda for the following day.

This translation was completed by Bob Berwyn.