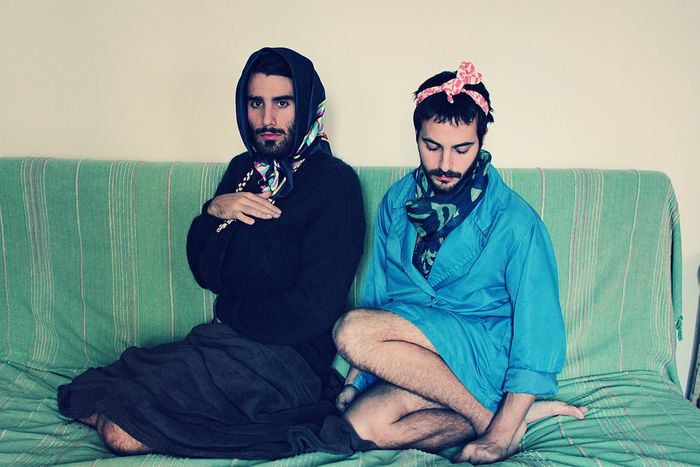 I picture Europe as an elegant lady with grayish hair and fine clothes, a warm-hearted, literate old woman who likes to invite her friends to dinner parties. Her sons throw her a birthday party on 9 May - but who is on the guest list? Is there even a cause for celebration today?

On 9 May 1950, a French foreign minister became the 'architect' of what we call the European Union today. Robert Schuman proposed his idea of integration five years after the end of world war two. On 8 May 1945, the Wehrmacht declared the capitulation of the German Reich – on 9 May, the war in Europe was over. The date is marked differently in European countries. In France and the Czech Republic amongst others, 8 May is the day of liberation, and a bank holiday. In Germany, it took 40 years before the word 'liberation' was used to describe this day. Russia and many other countries of the former soviet union celebrate 9 May (the day when the capitulation was announced) as ‘victory day’ – which seems correct, as there was nothing like liberty for Ukraine, Belarus and so many other east European countries in 1945.

Just like ‘liberation day’ and 'victory day’, 'Europe day' has a restricted perspective. The celebration seems to be only for those who are part of the EU. It’s a European Union Day. The institutions – the commission, the parliament and the council - and its 27 member states use it for celebrating mainly themselves. The EU has grown to almost 28 member states over the years (with Croatia's accession in July 2013), but one cannot substitute the supranational organisation with the continent and its people. The cause for celebration should not be the EU, but Europe, especially because today being part of the union does not feel like a party, but much more like the ‘morning after’.

Italy was one of the founder members of the ‘European community’ in 1950, with countries such as Ireland (1973), Greece (1981), Portugal and Spain (1986) joining the Union because they hoped for a boost in the economy, for more jobs and a better life. What they got instead is a growing depression with the loss of jobs and perspective, with restrictions and privatisations forced on them, and a new nickname - PIIGS. Some countries do not suffer from the financial crisis directly, like Germany, but they slowly step further away from the idea of a real union in both economical and political terms. If this were what Europe day resembled, then the guest list would be very small and very cynical.

Europe needs a day of celebration because there is no shared remembrance of world war two for the whole of Europe. Nations have different perspectives, but they all share the same experience of death, loss and devastation. Schuman aimed at creating a long-lasting peace, when he proposed a ‘European coal and steel community’ in 1950. The countries in Europe which belonged to the exclusive circle of western-oriented nations signed the treaty of Paris in 1951. But what about all the other countries who didn’t? It’s a good reason to rename the day a ‘day of peace’.

When the nice old lady Europe plans her party this year, she should change the motto from ‘celebrating on the expenses of Europe’ to 'celebrating Europe’. She should cross out some names on the guest list - those who come to loot the buffet, drink the wine and make fishy deals. That’s the politicians who like to pick the raisins out of the Europe-cake for their own country, the bankers who gambled with the fate of those people who are now paying to save the banks, and the companies who make a fortune by tell the ‘troika’ to force countries like the PIIGS to lower their wages and privatise their property. The party should be an opportunity to welcome strangers who are curious about the EU and want to get to know her attitudes and way of living. This would be the kind of party that helps our old lady lead a long and healthy life.