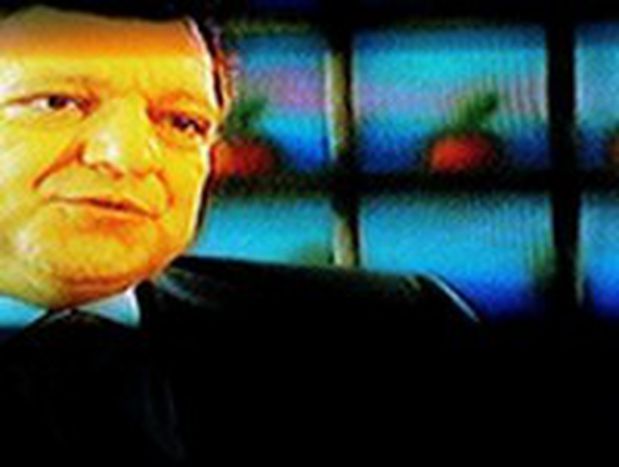 “Europe can bring something concrete to this G8”

Since 1977, Europe has attended the summits. But unlike Russia, which integrated itself into the G7 in 1998, making it the G8, the EU remains relegated to the status of observer. Or is it more than that?

Guest or active member: what is the role of the EU in the G8? Patrick Girard, professor of Geopolitics in Lyon and Susanne Nies, Director of research on European affairs at the Institute of International and Strategic Relations (IRIS), shed some light on the problem.

José Manuel Barroso is present on all the official photos of the G8, yet nobody talks about the G9. Why isn't the EU a member in its own right?

SN: The G8 is an informal forum, which doesn't have a statute of its own, unlike the World Trade Organisation (WTO) or the United Nations. The representation of Europe at an international level began with GATT (General Agreement on Tariffs and Trade), then the WTO and finally the G7 as an observer. The problem is that as long as its role is not clearly defined, its presence will remain symbolic. Its integration would be a huge political step.

PG: The G8 works within the framework of "variable geometry." Europe is following in the footsteps of Russia, which began as an observer during the G7, then a guest, in order to finally integrate itself completely into the circle. Yet there are still obstacles in the way of the EU's integration into the G8. Firstly, Europe is still not a state, nor a federation of states. What is more, the United Kingdom, France, Germany and Italy are already members of the G8. The fact of having a federal representation and the representation of federal states around the same table makes things quite difficult. In order for the EU to be a member in its own right, it would need to find one single voice. Nation states have withdrawn from the WTO in favour of a single European representative. In order to apply the same approach to the G8, the member states must come to an agreement. It all depends on what we want to achieve with this G8. It is, after all, a fairly criticised club of states. Even, if the G8 tries to open itself up little by little to new issues, I don't think it will ever provoke as many debates as at the WTO or UN.

Does the European Union speak with one voice at the G8? How does it organise itself? How much sway do countries such as Latvia have?

SN: It all depends on the issues dealt with. Often what is raised at the G8 has already been debated, such as the subject of Iran. In that case, it is clear that the '25' will speak with one voice. What will spark discussion this year will be the energy question. Europe will not be able to represent the wishes of all of its members. The problem is in any case within the EU itself, which still has not managed to move beyond a nationalist approach to energy.

PG: The smallest countries will benefit most from the G8 summit. The European Union still functions in a "bargaining" style. The Cypriots or the Latvians, on an equal footing with the great European powers, are able to negotiate other issues in order to avoid a block on the G8's affairs. Finally, in order to reach a consensus on the G8, we will find ourselves with a proposal which won't, in the end, have a lot of clout.

Is it really useful to have European representation at the G8?

SN: The representation of the European. The United States and Russia have difficulty understanding this issue but the Iran case has been a great success for Europe. We have succeeded in putting around the negotiation table not only Iran, Europe and the United States, but also China and Russia.

PG: The aim of Brussels is to position itself as a genuine actor on the international stage alongside large countries such as the United States, Russia and China. The presence of the EU is therefore a symbolic act of visibility that demonstrates that there is perhaps another economic model to follow, rather than the very liberal models exhibited by the G7. The European presence is in addition an advantage in as much as the countries have years of negotiation experience, a necessary skill for taking decisions, as well as drafting texts and common treaties. We know that it can work. If Europe was involved as a true member, the G8 would be transformed and would back practical measures, such as the introduction of campaigns to protect the environment or the development of liberalism. I believe that Europe can bring something more concrete to the heart of this G8.

Is the EU able to claim any success after the G8 summit?

SN: No. The G8 remains a forum of informal exchange, it is not the UN. It is about a relaxed dialogue from which no true results ever emerge.

PG: The idea of the G8 is for heads of State to meet and to go beyond all the barriers, all the intermediaries, to deal with affairs at the highest level, in a rapid, spontaneous way and on friendly terms. But for ten years, the meetings of the G7 and then the G8 have become more folkloric and symbolic events than anything else.