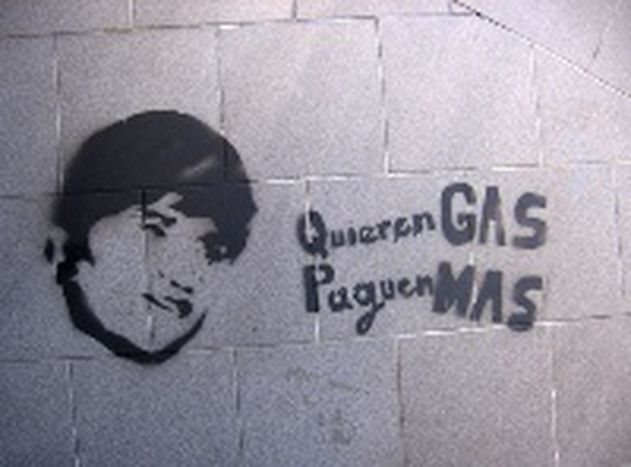 In May, the Bolivian president Evo Morales gave European companies six months to acccept the nationalisation scheme of the country's energy resources

The Bolivian president, Evo Morales, was not bluffing when he said that ‘capitalism is humanity’s worst enemy’. On May 1, he launched a large scale nationalisation scheme on the countries energy resources (gas and oil) which were being exploited by foreign multinationals. The Brazilian Petrobras, the Spanish Repsol YPF, the British BP and the French TotalFina were a few of those hit by the new measures.

The great loser of the situation though is the Bolivian National Company, Yacimientos Petroliferos Fiscales Bolivianos, YPFB, in charge of selling oil inside and outside Chile. Today, its task is to renegotiate the juicy contracts established with foreign companies.

Facing a difficult situation, the Energy minister, Andres Soliz, a figurehead of Bolivian nationalism and close friend of the president, announced his resignation. Accusations of corruption and incompetence fused as he left government.

After long negotiations, Petrobras complied with the Bolivian requirements though it criticized their strictness. The Brazilian energy king will pay more than 80% profits to the YPFB. On October 28, eight multinationals finally overcame their hesitations and accepted to transfer 82% of their profits to the National Bolivian Company. Now their margin on the total turnover will only reach 18%. And not a Boliviano more.

Companies and European governments long tried to find a way out of the deadlock posed by the new nationalisation scheme. Without success. On January 2006, Spain announced that it would cancel the 120 million Bolivian debt for educational projects. Later, the EU head of foreign affairs, Javier Solana, promised to support Evo Morales economically if he protected foreign investments in Bolivia. The director of the Spanish company Repsol, Julio Gavito, resigned following accusations that he was involved in contraband. Finally, the Swiss group Zurich Financial Services and the Spanish Bank BBVA had to give up their shares in oil companies to the YPFB.

If the nationalisation of the energy sector has pushed prices up for foreign investors, it has not improved living conditions for Bolivians. Last August, the Bolivian government admitted that YPFB lacked the capacities to manage the nationalisations, the production and the sale of resources. At present it is impossible to lower costs while maintaining a high quality production. So it is probable that the rise of petrol prices will hit the economy hard and Bolivian households may be the first to pay the price.

On the other hand, if European and Brazilian multinationals had left the country, the Bolivians would have had to support the costs of market withdrawal, in other words, the costs of the delocalisation of production, the search of new resources and the loss of foreign investments. For the energy heavyweights, the rise of costs would have hit consumers hard. And the first victims would have been the Europeans.