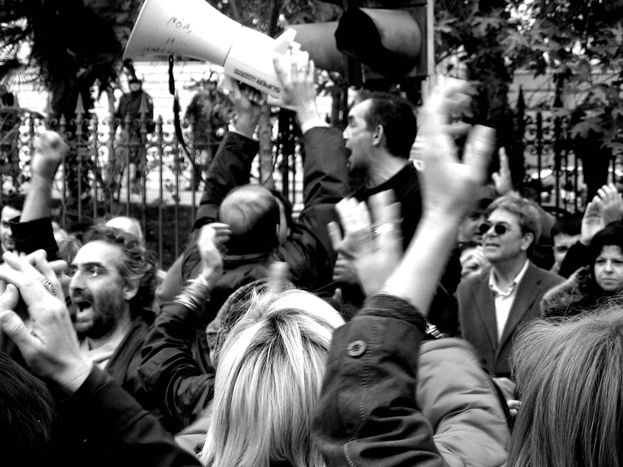 Ahead of the 11 February summit meeting on Greece in Brussels, several EU members are apparently willing to provide aid to the crisis-riden state. The German, Bulgarian, Belgian and Czech press fear a devaluation of the euro and say any measures to help the country should be attached to strict requirements

'Are the Germans now to work until they're 69?' - Frankfurter Allgemeine Zeitung, Germany

Germany should not have to pay the price for Greece's debts, writes the conservative daily: 'This was not how the euro was sold to the Germans. Before they said farewell to the German mark the Maastricht treaty was signed, which expressly forbids a member of the monetary union being made liable for the debts of another member. Are the Germans now to work until they're 69 instead of 67 so that the Greeks can enjoy an early retirement? If the 'no-bail-out-clause' in the Maastricht treaty is violated, the last anchor for a stable euro will be removed. Then there will be no stopping the speculators or the indebted states. If the monetary union becomes a community of debt all citizens will pay a high price in terms of the devaluation of their money and their pensions. German chancellor Angela Merkel must take a hard line at the summit meeting of the European heads of government today to prevent the euro from becoming a soft currency' (Holger Steltzner)

Greece must also do its part if it wants to count on solidarity from the rest of Europe, the daily argues, warning that the the country can only be trusted so far: 'According to the logic of European solidarity the EU partners should help Greece. According to the logic of fairness today's summit meeting must resolve that aid will only be forthcoming at a certain price. The Greeks must tighten their belts and introduce reforms, just as many countries of eastern Europe had to do in the 1990s. And we must not take the manipulated Greek statistics at face value. The Greeks frauded their way into the eurozone and concealed for ten years how they squandered the subsidies alloted to them, and now the opposite may be the case. Namely they may now be trying to exaggerate the problem to then show how quickly they can get it under control'

The Greeks' debts are above all harming Europe's single currency, writes the daily: 'The Greek situation shows that delayed intervention leads to very painful measures. The burden is distributed unevenly among strong and weak. People lose their jobs, their social benefits are cut and their pensions are endangered. For their part speculators earn money by selling off state bonds and buying them again at a lower price. The euro, so far the most impressive result of the 50 years of European integration, has not emerged unscathed from this adventure. Let us hope that this will also have a positive side. After all, it has now become clear that further political integration of the euro countries is indispensable' (Bart Sturtewagen)

The countries of the eurozone should turn to the international monetary fund for help in rescuing Greece, writes the daily: 'Europe as a whole cannot help Greece. Such a move is prevented by the treaty upon which the eurozone was founded and still reposes today. The only possible alternative within Europe is bilateral aid, a plan most favoured by Germany and France. The best thing would be to seek aid from the international monetary fund in Washington. However the countries of the eurozone have refused to do so until now on the grounds that external help could give the signal that the euro countries can't get their own act together. But such pride should be set aside in the case of Greece, because what's at stake is the future of the monetary union and the strength of the euro. The IMF has the means at its disposal to compel countries to make draconian cuts. Latvia and Hungary have made that abundantly clear' (Julie Hrstková)