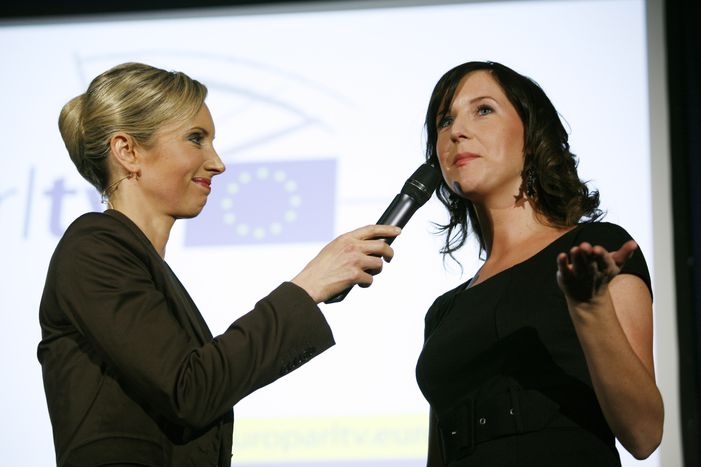 Europarl TV: 'technology is more fast-paced than the institutions'

In September 2008, the TV channel started streaming parliamentary sessions and news features on MEPs and their speeches on the European parliament’s webpage. The challenge is to give the institutions a human face - press service chief Jean-Yves Loog tells us how

Jean-Yves Loog, tell us a little about Europarl TV.

Europarl TV: The idea of having a web television channel came to us in 2006: it was way too expensive to launch on a traditional television or satellite channel channel, so we thought the internet model would be effective. Two service providers have been working at Europarl TV since September 2008; Mostra is the Brussels-based communication agency which comes up with the channel contents.

All of your features are translated into twenty-two languages. How do you maintain the rhythm of incoming news stories then, especially when your goal is to address all of the Europeans? 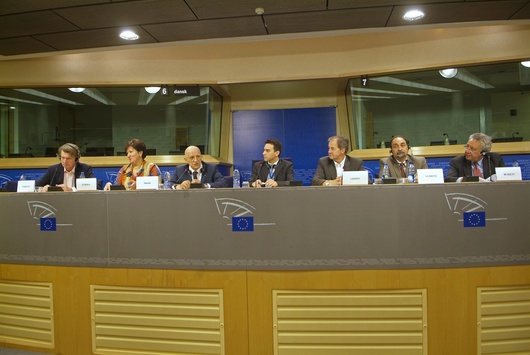 Europarl TV: The majority of Europarl TV employees work in the translation department. That means twenty translators as part of the team of around a dozen professional journalists. All in all around fifty people are implicated in the process, from production to translation. A TV set is available at the parliament where the journalists work around three out of every five days. Take the news slots as an example: the three televised weekly programmes are put online at nine in the morning and translated into the six most common languages in Europe. They’re translated in all of the available languages for midday. If there is a breaking news item, like when we get the opportunity to interview Jean-Claude Trichet, president of the European central bank, we put the video onsite immediately in French or in English (the languages used on the financial markets). Then everything is progressively translated.

What do you think with rapport to other existing ‘European’ medias, such as Euractiv, the Brussels-based web news portal?

Europarl TV: Our main angle is parliamentary life. We want to open up institutional and political news by proposing programmes with debates or subjects explaining it all. Not everyone is familiar with the European beast. A new programme called 'Starting Point - square one in French' allows us to put an issue into context, bring a speech back to the centre of the debate and hand the floor over to the MEPs to discuss parliamentary news - they are after all the main actors.

But as Europarl TV is part of the European parliament, how do you respect the reigning political balance? Do you have obligations to talk about or even avoid certain subjects? 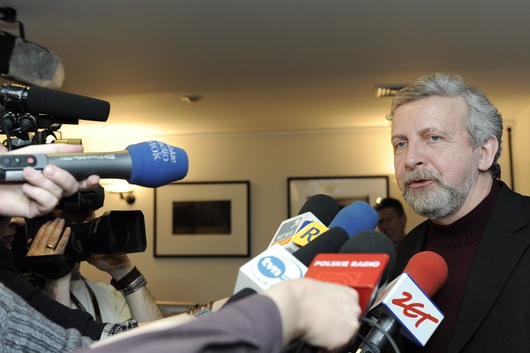 From the daily figures we evaluate the participation in our programmes by the different MEPs from various political groups in the European parliament. Generally, the commission rapporteurs are our privileged mediators. They're the ones who work closest on the special editions, like the German politician Evelyne Gebhardt, who is unbeatable on the services directive (which she helped shape in 2005 - 2006 - ed). We make our choices based on the current breaking news from the parliament and after evaluating the chronological importance of the special editions.

How should Europe be spoken about in order to get its citizens interested in it, in how it works and what's going on?

Europarl TV: It's the million dollar question! It's about giving it a human face. We don't manage every time but we try to go beyond overly institutional questions by following the MEPs on the ground, for example. It's true that there is strong competition in terms of information. In the corridors of Brussels, we talk about an 'overabundance' of information.

In Brussels we talk about an 'overabundance' of information

So we have to envisage the different routes by knowing how far we can go. You have to dive behind the curtains of power in Strasbourg or in Brussels, where everything is decided. Technology evolves at a very fast rate and we need the considerable means to work with that. Let's say that technology is more fast-paced than the institutions: we try to put out short programmes, the essential encapsulated in two or three minutes, and our mobile version is in the making so that the news can reach our phones too. My predominant objective is to give the European parliament and its MEPs a human face.