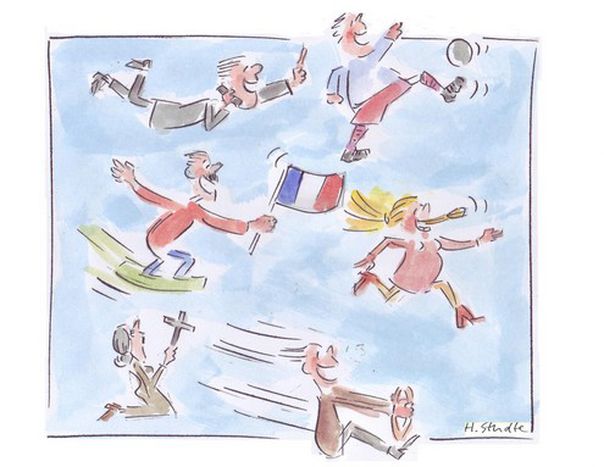 Generation any – is that who we really are? ‘You were born with a silver spoon in your mouths.’ Today’s young Europeans have surely heard their parents tell them this at least once in their lives. Generation X were born between 1965 and 1982, after a book by Charles Hamblett and Jane Deverson, the latter of whom first used the term in 1964 in the UK a study about teenage Britons. The ‘x’ referred to a generation who felt they had no identity and were against the consumer behaviour of their parents – the lost generation of the nineties?

The definition isn't as global in Europe. Each of its 27 countries in the EU has raised and named its own different generation. Take the Poles, who call their 20 – 30 bracket the Pokolenie JP2 (Generation John Paul II), who never got to know another pope in the majority of their lifetimes and heavily mourned the death of the Christian icon in 2005. In Spain, the first democratic generation after Franco's dictatorship ended in 1975 was called la generación de la transición (Generation Transition).

The young Frenchies are a bit more political and choose former president Francois Mitterrand as the icon of their Génération Mitterrand. Not everyone identified with this term however. The Génération black blanc beur (Generation Black White Arab) stems from successful footballers who are the children of immigrants in France. Look at the French world cup in 2008, when icons like Zinedine Zidane and Lilian Thuram added different kind of colours to the French flag. Even the English media define their footballing gods like David Beckham and Wayne Rooney as the golden generation.

The German Generation Golf identify themselves with cars, after Florian Illie's novel, which tells the tale of a freeloading wealthy generation of young ambitious people. Wealth though is not something bestowed on every young European, as protest movements such as Generación precaria , Génération précaire (Generation Precarity), Generazione 1000 Euro or Generation Praktikum (Generation Internship) show. All these nuances however have developed into a broader image of the newest generation existing on the continent today, of politically open, consumer-oriented, multi-cultural, low-budget globetrotters – the eurogeneration!