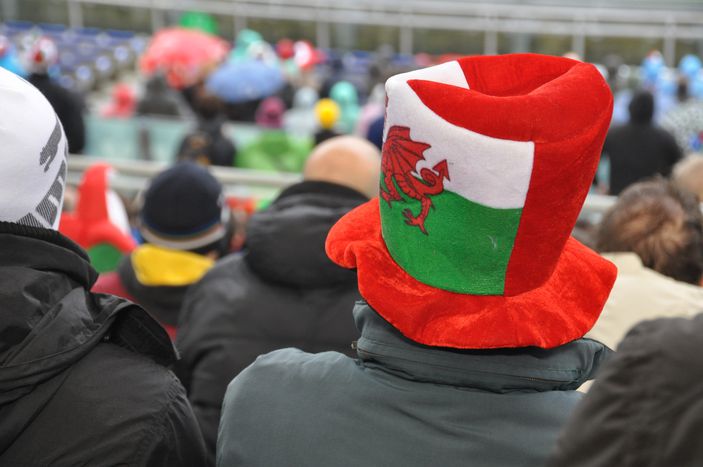 The 2016 UEFA European Football Championships are underway in France. With the competition extended to 24 teams, Euro 2016 promises a longer tournament, with several sides making their grand debut. Cafébabel gives you a run down of a few of the national sides, covering the general mood, some quick predictions and even current fashion trends. It's Cymru's turn to shine.

The Welsh football team have only qualified for two major international tournaments throughout their history: the 1958 FIFA World Cup, and this year’s UEFA European Football Championships. As I’m sure you can guess, this summer is a pretty exciting time to be Welsh.

And Wales fans can get pretty excited...

Wales have already surpassed expectations by finishing top of Group B, one point above the favourites to win the group – England. Welsh fans will be staying in France for the time being, but might have to find a laundrette if they didn't think to pack enough clothes for the rest of the tournament. Getting through to the quarterfinals is not unrealistic, and even a place in the semis isn't as improbable as it would have been over the last few decades.

Dry your eyes mate, things are looking up!

The Welsh team have been staying with their Celtic cousins at Dinard, a quiet seaside commune in Brittany. They're training at the local team's ground and staying in an exclusive wing of a spa resort hotel. A big screen has been installed in the grounds that sends good luck messages from social media straight to the players. When not training, the boys play table tennis and golf to relax. Gareth Bale also admitted to a little comfort eating (burger and chips) to ease the pain of Wales’ defeat against England.

The obvious answer here is Gareth Bale, the Real Madrid superstar who’s broken Wales’ record for most goals scored at a major tournament. He is now the favourite for the golden boot of the tournament. Another one to watch is Aaron Ramsey, the man of the match during Wales vs Russia.

The heads of the pack

The streets of Wales have never seen so many top knots and alice bands thanks to Gareth Bale’s efforts to keep his hair out of his face. It’s only a matter of time before all the kids start dying their hair blonde in honour of Aaron Ramsey.

When will we get a Welsh flag emoji? Twitter accounts are struggling with a combination of green hearts and Chinese dragons.

What you'll hear about Wales

You're far more likely to hear Welsh fans singing than shouting, both in the stadium and down the pub.

The French media has been blown away by the good behaviour of Welsh fans in France, so hopefully the friendly rivalry will continue, and both the team and the fans will carry on making all of us back home proud.