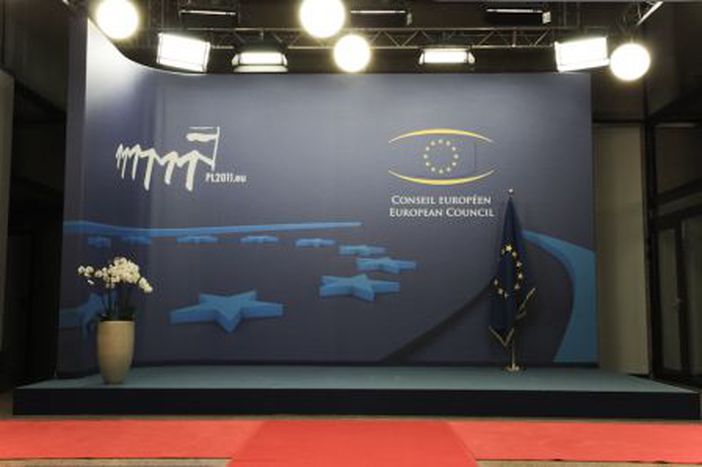 By Dominique Strzyz Photo: Davide Martinotti Waiting for the dancing queenThe Merkozy duet proposes to open the music box of the Lisbon Treaty whether we dance with 27 or with 17. But what can we dance together to persuade the maestros of financial markets that we are dancing to the same melody? The leaders of 27 EU members are gathered today in Brussels to resolve this urgent question.

And it is very probable that the summit will continue much longer than Friday afternoon as originally scheduled.

Prior to the summit we heard many warnings and great words, notably from the French President, Nicolas Sarkozy, who said that the “EU could break up” if the leaders don’t finally come to agreement. The Polish Minister of Foreign Affairs, Radoslaw Sikorski, in Monday’s press conference in Berlin, urged Germany to act and lead Europe to reforms because “we are standing on the edge of a precipice”.

The Merkel and Sarkozy duet proposed Treaty change, possibly by next March. But some countries, notably the United Kingdom, don’t fancy dancing to that tune. David Cameron, the UK Prime Minister, insists on fighting for Eurozone stability and especially for British interests. He made it clear he will have no hesitation in vetoing any reform that doesn’t meet UK interests and expectations.

Well, frankly, everyone’s expectations are immense. While each member state has its own objectives, the question remains how to meet them all while under pressure to meet the common objective: dancing to the same music in order to restore European financial and political credibility. It’s high time to know if we can dance on air or if our leaders are definitely out of step with the future of Europe.