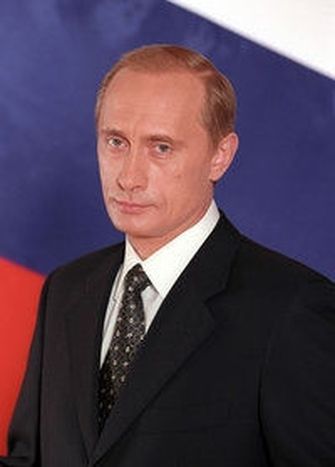 EU-Russia: oiling the wheels of diplomacy

During the EU-Russia summit on November 24, the mutual energetic dependence between both regions will concentrate on negotiations

Since Russian energy supplier Gazprom cut gas supplies to the Ukraine at the start of this year, concerns have escalated that Russia might use its energy ascendancy to inhibit the European Union, which currently imports 30% of its oil and 44% of its gas from its Eastern neighbour. Media and policy analysts across the continent have been asking whether Europe can prevent further energy diplomacy - or should the EU seek alternative energy partners altogether?

The balance of power

In reality both the level of dependency, and the threat to European interests, are likely to be misgauged. Firstly, whereas the Ukraine received energy at subsidised prices, the European Union enjoys no such privilege. Its purchases are costly and provide over half of Russian export earnings. Secondly, Russia is more dependent upon the European market than vice versa, with almost two-thirds of her oil and gas being exported westwards to union member states. A European decision to restrict imports would devastate Russian finances and expenditure.

In addition, Europe already has the freedom to seek other providers, but as a recent paper for the European Policy Centre notes, 'it is unclear whether the main alternatives - Iran, Nigeria, Venezuela, Algeria and Libya - are much more stable, friendly, and trustworthy than Russia'.

For the Russians however, a major shift in its export structure towards China or the United States would entail some risk. Production and transportation costs are high; with regard to oil, one estimate suggests that a barrel costs 12-14 dollars to produce in Russia versus 1-1.5 dollars in the Middle East, while overland transportation to China would add another 5-7 dollars to the price – such a shift depends upon high energy prices. Were these to fall to earlier levels, Russia would again be dependent upon the European market.

Nonetheless, despite the EU’s strong negotiating hand, the perception remains that Europe has been cowed by the threat of Russian energy diplomacy. This is especially so in contrast to the hawkish remarks made by the US Vice-President, Dick Cheney, in Lithuania this May, in which he highlighted Russian failure to protect freedom of speech and due process.

The reality, however, is more subtle than this. 'There is something of a hidden agenda,' remarks one British analyst, a specialist on Eastern European politics who declined to be named. 'European leaders accept Putin as a stabilising force in Russian politics. He is capable of cooperating in areas such as tackling organised crime and international terrorism.'

The Union requires a stable and cooperative entity on its border while it consolidates the eastward shift, and Putin’s Russia has proven both. Russia and the EU have successfully implemented a joint action plan on combating organized crime, as well as engage in cooperative endeavours in countries such as Moldova and former Yugoslavia.

Europe has simply not made a concerted effort to challenge Putin’s consolidation of power. While feeling misgivings over the suppression of independent media and the treatment of liberal opponents such as Khodorkhovsky, privately many leaders may believe that Putin's 'managed democracy' is the worst form of government possible for Russia, except for all those already tried.

Moreover, Europe’s leaders may be conscious of the limited influence that any external actor, including the Union, can now have over Russia’s political development. Having consolidated power, Putin remains overwhelmingly popular among his people, and his clampdown on opposing oligarchs, such as Berezovsky and Khodorkovsky, has been even more so.

And even though he is due to step down when his second term expires in 2008, this may not be the last of him. In the words of Charles Clover, former Financial Times correspondent based in the former Soviet Union and author of an upcoming book on conservative ideology in post Communist Russia, 'his successor will almost certainly be a hand-picked confidant, and while he is constitutionally barred from seeking a third term this decade, he may well run again in 2012.'

Thus just as Russia is forced to work with the emerging European entity, Europe finds herself driven, by choice as much as by circumstances, to deal with the regime on its new eastern frontier. Europe already holds greater strength in this relationship than is commonly perceived. By diversifying its energy sources and enhancing relations with transit states, it can increase its leverage further.

Read the interview with Piotr Maciej Kaczyski about the diplomatic crisis between Poland and Russia.