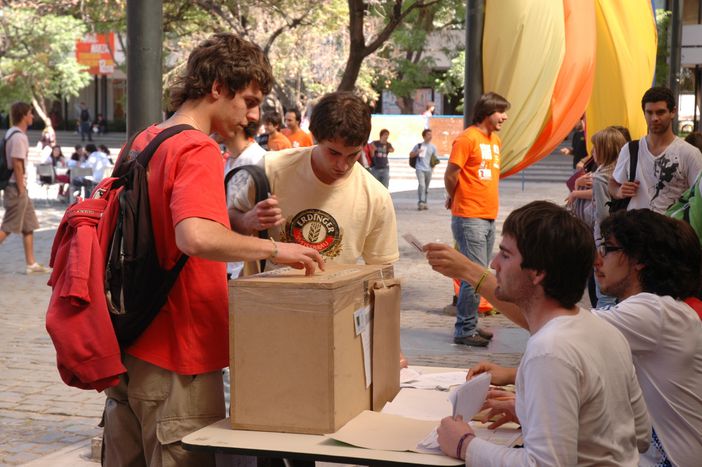 EU referendums: beyond desinformation and the democratic crisis

In 1972, the first referendum on European integration took place in France. Since then, 40 referendums on EU topics have been conducted in member states and candidate countries. Topics ranged from membership issues to the Eurozone and the Greek bailout. While referendums attract many critical voices, a strong case can also be made in favour of them.

Referendums have always attracted vocal critics. One can easily raise concerns on the simplicity of a yes/no question. Indeed, the complexity of the issues at stake are usually of such controversial nature that they rarely fit into one simple question. The outcome of a referendum, be it a yes or no, can easily be utilized for offsetting the decreasing legitimacy of politicians actions. It can be operated as a sort of carte blanche for questionable decisions, as a very convincing argument leading his policy choices, since it is “the people’s will”. Furthermore, a referendum per se does not consist of a form of democracy if correct and complete information to citizens is not available. Due to the lack of nuance, referendums tend to have a very divisive effect on a population.

Although shortfalls of referendums are numerous, certainly support can also be found for this form of direct democracy. It can count as an effort to mobilize citizens for the political cause, for example. In this regard, the main disadvantage, namely the simplicity of the question can also be seen as an advantage. Indeed, many citizens that normally opt out on complex and opaque politics, can feel empowered to give their opinion.

In 2005, French and Dutch citizens voted against the so called European Constitution which consequently was never ratified. The referendum in the Netherlands was one of consultative status, thus non-binding for the government. In the referendum, 61.6% of the voters said “no”, 38.4% voted in favor of the Constitution. Whereas one could conclude from this that the Dutch are apparently a rather Eurosceptic people, a more nuanced view is needed. Indeed, many Dutch voted against because they opposed the so called primacy of EU laws in relation to national laws. One can argue rightly that the democratic value of this repacking of the EU constitution into different wording was questionable to say the least.

This referendum is an especially good example of the problem of the simplicity of the question asked. Indeed, in the case of the Brexit no opinion was asked on whether voters opted for a hard or soft Brexit. Because voters were forced to choose between yes or no however, there was no room left for nuance. The whole “out-camp” was portrayed as a homogenous group, while the contrary was true. Furthermore, it seemed that a lot of voters were ill informed about the consequences of a possible exit of the UK out the EU, since the campaign was focused on catch phrases rather than facts. Therefore, we can conclude that yes, many British voters wanted the UK to leave the EU, but this does not take away the fact that these reasoned and competent decisions were in many cases based on misleading information. Very doubtful promises have been made during the campaign, and it is unquestionably true that a large part of the voters based themselves on these kind of promises when voting. Another thorny issue on this referendum, was the age distribution of the yes and no votes. Furthermore, youngsters voted to stay in the EU, whilst older people opted to exit the EU. This resulted in a lot of frustration amongst young people and the feeling of feeling "betrayed” by the older generation.

A third referendum that exposes some weak point of referendums is the Hungarian migrant quota referendum in October 2016. Citizens were asked to vote on whether they agreed with the proposed relocation scheme for migrants, as set out by the EU. The English translation of the question asked, goes as follows: “Do you want the European Union to be able to mandate the obligatory resettlement of non-Hungarian citizens into Hungary even without the approval of the National Assembly?” This connotation makes it seem as if the EU is to impose impossible burdens on Hungary, while the contrary was true. Hungary would “benefit” from the relocation scheme, since 54,000 refugees would be relocated from Hungary to other EU states. From this, it becomes clear that this referendum was more about rhetoric and political visibility for Viktor Orban, rather than real questions. This narrative clearly worked, since Hungarian voters, in an almost unanimous way, voted against the relocation plan. This referendum, besides the misinformation, also illustrates the opportunity for a leader to exploit the outcome of a referendum. Viktor Orban will happily use this “will of his people” to ignore EU obligations.

How to move on from this?

The narrative of the “big EU monster” imposing its will on powerless EU states is eagerly exploited by many European leaders that call for referendums. A referendum is an easy way for a protest vote, where, no matter which specific issue is at stake, disillusioned voters are tend to vote in whatever way the EU would be disadvantaged. Moreover, it is also possible that referendums become second-order elections. This concept is based upon the notion that EU politics are too complicated and far removed from national voters to allow them to engage with it meaningfully, which leads voters to rely on national proxies as a cue. At this point, we thus have to find a form of political participation that includes the advantages of referendums, such as the mobilization of citizens. However, it should always be complemented with a more nuanced form of participation, where citizens can not only give a simple yes or no, but are also encouraged to argue why they chose this. In this way, a lack of information, or even worse, false information, can be countered by other citizens giving their opinion.

As such, citizens are not obligated to choose between black and white but rather are encouraged to form opinions, listen, compromise and so on. The outcome of these representative groups of society’s debates could have the same function as the outcome of the referendum, namely help politicians decide on controversial matters, while taking into account citizens grief.