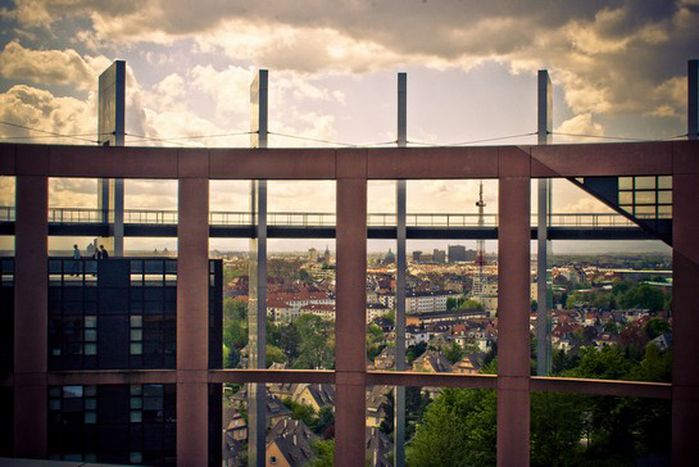 EU parliament back in Strasbourg from October

Part of the roof of the parliament building, which caved in on 7 August whilst activities were out of session, gave wake to criticism of where parliament should really be

‘It’s almost certain that planned plenary sessions will take place in Strasbourg again in October,’ explains Marjory Van den Broeke, EU parliament spokeswoman. She told cafebabel.com that, according to a report received on 18 September, no further problems have affected the building housing the European parliament. ‘Technically parliament can return to Strasbourg from Brussels. We just need the green light from the French security commission.’ With France holding the current rotating presidency of the EU, it should be an easy task. This week decisions will be taken on an institutional level.

Drama was evaded on 7 August, when a part of the roof suddenly caved in the middle of the vacation period, so no-one was hurt. Two parliamentary sessions were temporarily moved to Brussels, including one which begins today. The roof has been repaired in the meanwhile, ‘making it the safest parliament building in the world,’ Marjory Van der Broeke jokes. ‘Repair costs will be covered by insurance.’ The latter runs until the end of the year as part of the first ten-year insurance payment, luckily for the building which was built in 1998.