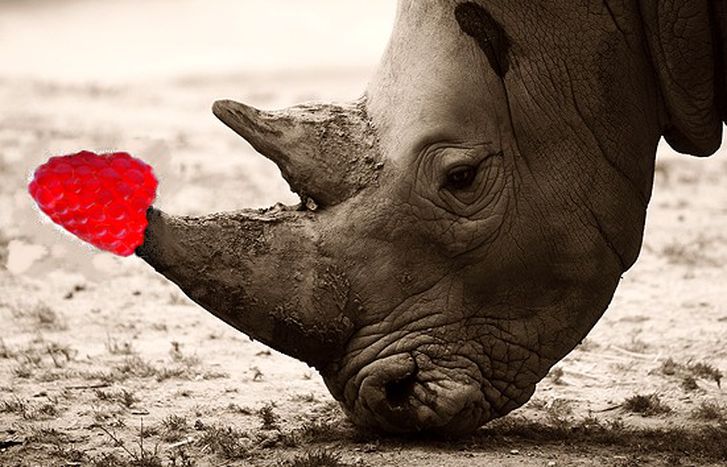 EU aphrodisiacs: unleash the rhinoceros in you

Eating at home is the cheaper and more pleasant seduction option. Create the appropriate atmosphere and know how to captivate your palate. All your senses are involved in sensuality, from soft music playing in your ears, to the food in your mouth

For much of humanity's history, man has recognised that various foods affect his libido. The word aphrodisiac comes from the name of the Greek goddess of love, Aphrodite, who, in turn, took her name from the Greek word aphro (sea foam). According to the myth, Cronos (god of time), castrated his father, Urano, and threw his testicles into the sea, creating the sea foam that Aphrodite was born of.

Aside from extravagant and hard-to-find suggestions such as rhinocerous horns, which are pulverised in Asia and thought to be aphrodisiacal because the rhinocerous can have sex for 45 minutes; or tiger penis, which have now disappeared from Chinese menus for fear that the animal could become extinct; there are many food that contain potentially aphrodisiacal substances. Celery, raspberries, ginseng, pistachios, truffles, asparagus, cinnamon, garlic (watch your breath!), chili and peppers supposedly contain properties that increase sexual desire.

Seafood and molluscs also have a reputation for being aphrodisiacs, which comes from their high zinc content. Zinc is a fundamental mineral in the creation of testosterone and estrogen. Oysters, mussels, clams, prawns and crayfish are other wonderful options if you're trying to save money, but the gift you get after dessert should be worth the investment. 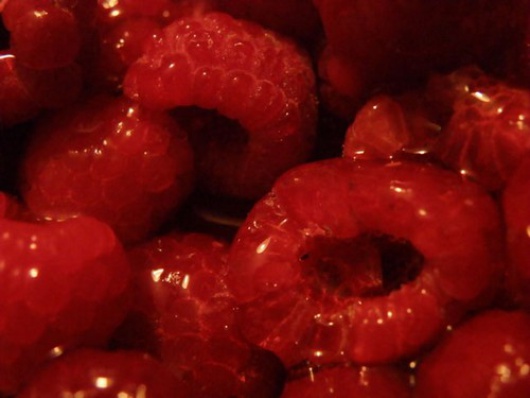 The fame of desserts as aphrodisiacs is widespread. For years in Greece, yogurt with honey has been given to newlyweds, and grapes have been considered aphrodisiacs since ancient times. Strawberries and cream are a classic and are known to directly stimulate the endocrine glands and the nervous system. But if there is a food that is universality linked to eroticism, it has to be chocolate. The culprit in chocolate is a substance called tryptophan, although the origin of its connection to sexual potency comes from the Aztec civilization. It has been said that Montezuma II, the Aztec king who ruled during the Spanish conquest of Mexico, drank no less than fifty cups of chocolate each day in order to keep up with his large harem. However, since these days most people only have to satisfy one person, and we’re all watching our figure, a lower dose of is recommended.

If all else fails, remember the words of the American poet, Ogden Nash: Candy is dandy, but liquor is quicker. 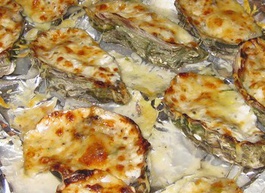 Open the oysters, leaving the meat intact at the inferior valve and the large part of the neck. Place the oysters in an oven-proof dish. Combine the butter, garlic powder, lemon juice and a bit of parsley. Pour this mixture over the oysters and sprinkle with breadcrumbs and grated cheese. Bake at a low temperature for a few minutes until lightly browned.

The Herbert and Manoli story

'Honey, I want to make you something special. I’ll cook tonight,' says Herbert, with a half smile. Manoli, who is about to get up and ready for work, sits there thinking to herself: 'How strange. He hates cooking. What could he be up to? The other night he prepared an assortment of European cocktails for me, and now this?'

9 pm at Herbert and Manoli’s home

Herbert calls to Manoli, who is freshening up in the washroom: 'Dinner is ready.'

'“Oh, yeah? I thought that was just gossip. I saw they were on sale at the supermarket and I decided to buy them.'

They finish the plate of oysters and then Herbert serves strawberries and cream for dessert. Manoli finishes dinner and walked playfully over to Herbert: 'Should we move to the bedroom?'

Herbert gets up from the table whispering Thank you, cafebabel.com!, meanwhile thinking about how he’d emptied his pockets onto the dinner table.

[The rest of the story has been censored, but you can continue it in the comments]

First published on cafebabel.com on 31 July 2009