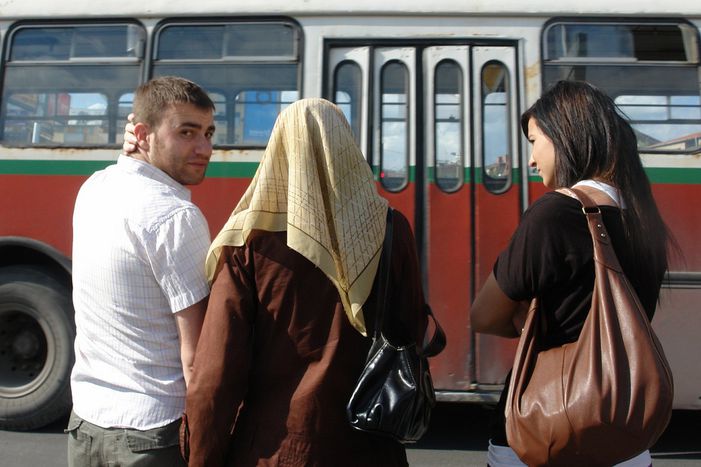 Attempts to raise inter-ethnic tensions escalated on 16 April when four twentysomething men and an older eyewitness were murdered near the capital, triggering riots. Since the victims are Slavic-speaking Macedonians, the speculation is that the murderers are from another ethnic group - but we don't need this boat to be rocked again

The speculation behind who committed the murders of five fishermen are crushing the peace that we have managed to keep since narrowly avoiding civil war with ethnic Albanian rebels in 2001. For a long time, all I have been hearing from the media in Macedonia*, is 'Macedonians' and 'Albanians', as if there were no other nationalities living in the Republic of Macedonia, not worthy of being mentioned in the daily chronicles. By trying to put everything on some kind of national level, bigger inter-ethnic tensions between the citizens of the Republic of Macedonia are being fomented.

The conflict Macedonia had during 2001 was created by those who profited the most from it, namely a small group of ethnic Albanians. Minorities have enjoyed positive discrimination forever, it seems. I was too young to talk about politics at the time, but from today's perspective, I see minorities demanding the same positive discrimination principles, even though they are recognised as a majority in the Republic of Macedonia. Worth mentioning is that the last attempt to gather statistics of citizens living in the Republic of Macedonia in 2001 was cancelled because most likely, the number of ethnic Albanians wouldn't be as high as agreed during the Ohrid framework agreement; in fact, a quarter of Macedonia's 2.1 million population is ethnic Albanian.

A quarter of Macedonia's 2.1 million population is ethnic Albanian

Meanwhile, the quality of public administration is at its lowest possible level. Many graduates are trying to leave the country since there are no jobs - at least if they don't know someone in a higher position in some political party. The 'ethnic key' also helps you get a job more than based on the merits of your education, skills and qualities.  Let's be honest, that is nothing new in my country. The next topics will most likely be about the other craziness that we go through every day in our society - labour rights, student rights, social care...What are the ideas for the region by more powerful countries? Can they manage to stop the mafia which is working under the veil of chaos created over the years, which probably managed to smuggle drugs, weapons, human organs, kids and young women for trafficking, and so on? We should just be let alone.