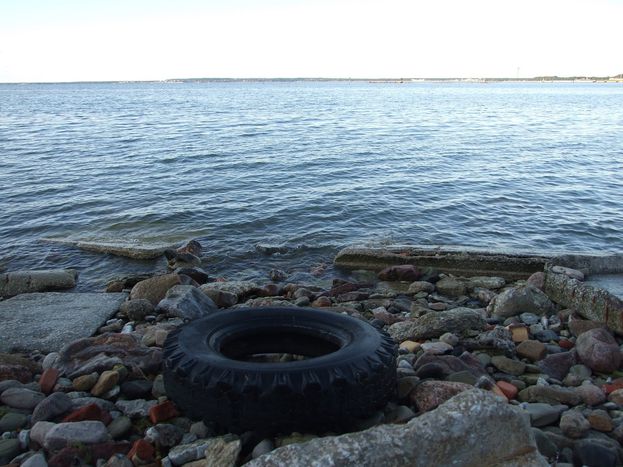 At the end of April Finnish president Tarja Kaarina Halonen sounded the alarm on the risk of the ecological collapse of the Baltic Sea, one of the most polluted in the world. Silver Vahtra, expert from the environment ministry in Tallinn, explains the guidelines of the 2007 Helcom action plan

In November 2007 Helcom (the Baltic Marine Environment Protection Commission, known as the Helsinki Commission), adopted a plan of action to combat the decline into which the waters of the Baltic are flowing. After more than thirty years since its inception, the international union - comprising the governments of Denmark, Estonia, Finland, Germany, Lithuania, Latvia, Poland, Russia, Sweden and EU representatives - seems to have given a deciding push in the fight against pollution in this sea. Enclosed between the Danish peninsula and Russia, it’s a space which is becoming more and more notorious for the terrible conditions in which it finds itself.

‘Yes, it will take a huge effort, but change is possible. It will be very hard, but we can win.’ Silver Vahtra, marine environmental bureau expert at the ministry of the environment in Tallinn, has clear ideas on the future of the waters which mirror the towers of the old city: there’s no time left for self-delusion, no time to play with the future of resources which have been squandered for years. ‘The argument is very simple: when we throw something into the water, we are polluting it. And it takes years to undo mistakes made in only a few hours.’ Back in the spotlight thanks to a recent Greenpeace report, the condition of the Baltic Sea is still flagging a state of emergency, even if there have been some changes since the Swedish government advised pregnant women not to eat herring because of the risk of dioxin contamination. ‘The decision made last 15 November during the Helsinki Conference is of extreme importance: the action plan that is being followed will allow us to intervene on the current situation, and to finally change tack by adopting stricter rules.’ ‘We will act in different ways. Substances such as cadmium and argentum are still widely used in the fields of agriculture and medical research, for example. These are incredibly damaging to nature, and could be substituted with less dangerous ones. It will certainly take a lot of time and many awareness campaigns. But these are not short-term objectives; we are more than aware of that.’

Divided into two, Estonia’s plan of action is ready to go live in a few months. ‘At the moment we have finished the preliminary studies. Our plan will be proposed to the government between September and October. It should all go ahead from 2009.’ During the first three years things will move quite slowly, explains Vahtra, because ‘concrete measures will only be taken from 2012. During this process, we will need the maximum support from public opinion and society. That’s exactly why we are planning a great number of activities in order to work side by side with different associations and NGOs.’

Russia and the Baltic

The relationship between the Baltic and Russia has been a burning topic for years: low standards and very few controls have significantly contributed to the environmental disaster before our eyes today. Urban effluent from St Petersburg is dumped into the Neva River, which flows into the Baltic Sea without adequate filtration. Add to this the industrial and agricultural effluent from a region inhabited by several million people, and the nature of the present danger is more easily defined. But how is Russian president Dmitri Medvedev’s and prime minister Vladimir Putin’s nation seen from the other side of the border? ‘Russia is one of the historical partners of the Helsinki Commission. But, being an enormous nation, there are so many internal differences that it’s impossible to refer to it in general terms,’ says Vahtra.

‘As for the west of the country though, I can only compliment them on the direction that they are taking. Already the country has shown an interest in the Baltic issue in the last five years. It has been active in promoting a growing adherence to European standards. I believe that they are paying attention to the opinion that the EU has about them in this field; this attention is reciprocated as shown by the great number of European projects especially created by the EU for its Russian neighbour.’

‘Unfortunately, changing polluted water is a slow process which will take a long time,’ adds Vahtra sadly. ‘Visible effects will not be seen before the next thirty years.’ Another thirty years before tankers will stop washing out their cisterns a few hundred metres from the coast, and the ferry between Tallinn and Stockholm will stop floating on a sad, dark watery desert. All we can do is wait.