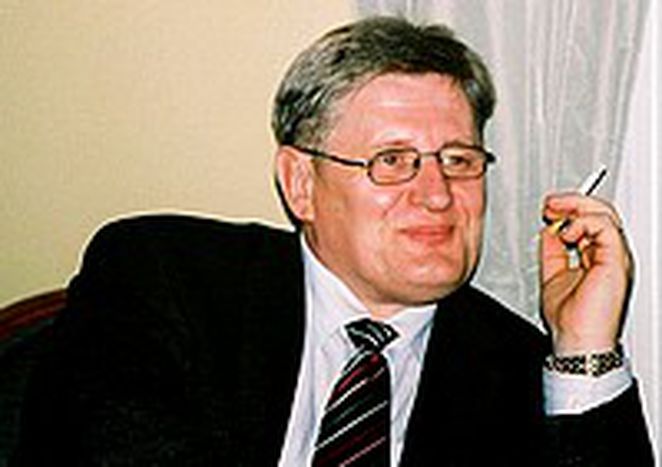 Estonia: not democratic or tolerant enough

15 years after the fall of Communism, how democratic is Estonia? Culture Minister Raivo Palmaru shares his thoughts on this and the role does the press play in the whole matter.

As centre-left politician, Palmaru was a faithful servant of the Communist regime during Soviet rule, working in the Culture Ministry of the Central Committee. The fall of the Iron Curtain saw him switch his energies to journalism with notable success: in two successive years, 1995 and 1996, he was named Estonia’s best journalist. Palmaru is the author of more than the 500 articles and several books on communication theory, including: The Power of the Media and Democracy: The Experience of Estonia.

How did you come to be a journalist?

By pure coincidence. My former literature teacher at school always told me that I should be a journalist. I personally thought that my forte lay in the sciences, but it turned out otherwise, and I became a publicist.

How was journalism during Soviet times? Didn’t the authorities demand idealism from the media?

That’s a difficult question. Soviet Estonia was an easy place to become a journalist. Pages were thin and full of all kinds of stories of questionable quality. Relatively little work was done in press offices. Soviet times demanded one report per week from their journalists - even that was too much! Estonian society was relatively closed at that time. The influence of the Soviet system on the national psyche was surprisingly strong and can still be felt today. I had hoped that younger people living in a free Estonia would be able to overcome that, but now I can see that that is not so easy achieve.

Have the press fulfilled their obligation regarding the transition out from a closed to free society? Are readers provided with a sufficient level of political analysis and information?

What particularly disturbs me in Estonia is the way we deal with our Communist past. Like in Soviet times, Estonians continue to view their reality from the point of view of the 'other': us and the enemy, so to speak.

It’s for this reason that I harbour a certain amount of mistrust in claims of pluralism. If you follow debates in Estonia closely enough, you won’t find many counter-arguments. Only very good claims and are put forward and in the form of accusations. Either you belong to this side or the other. A third way doesn’t exist. Estonia is currently far from being a pluralistic or tolerant society, I’m afraid to say.

Do you find it easier, as a former journalist yourself and now as a politician, to get on with other journalists?

No. This may be the case if I had, in the meantime, become a media scientist and a teacher. I still teach alongside my work in the Ministry. I therefore see problems in the press and can’t see a reason to hold back my opinions.

Is the press the fourth power?

The questions is rather whether or not they are the first power. The philosopher Michel Foucault claims that society is guided by discourses, a theory he illustrates through disciplinary power. Traditional political power, which is linked to force and wills, is only used today when all other means fail. Thus, the media have power of discourse, but this phenomena isn’t solely an Estonian problem.

So do the media influence politics in Estonia?

Yes, very much so. The press paint a picture of reality which in turn influences the way people think and the decisions they make, so a bearing on the election results is inevitable. The problem in Estonia is not the maliciousness of journalists; the problem is in the newness of our democracy. People have only recently come out of the damp darkness of the Soviet era and are finding it hard to orientate themselves in the new reality which surrounds them. The state does run according to the principles of democracy and free market relations outlined in the constitution. But Estonians at grass-roots level lack the collective and personal experiences to live in such a democracy.

To my mind, Estonia requires three changes: better education, stronger professional associations – the Estonian Journalists Association, for instance, is much too weak – and a better justice system. The Estonian media print libellous claims, offensive remarks and infringe copyright laws on a daily basis. It’s as normal as the weather report. Courts have to intervene at this point.

How free can the 'free press' really be then?

The press must be as free as possible, but there does have to be limits. You have to consider you fellow citizen: responsibility and freedom are two sides of the same coin. That is the biggest contention I have with the Estonian press. At the moment, what is deemed ‘freedom’ is in fact a type of self indulgence. You believe that you do everything apart from disputing events, bending the facts and insulting and generally offending people. But in fact true freedom is intrinsically linked to responsibility. The Estonian media handle themselves without responsibly and therefore don’t have any freedom at all.

Is Estonia ready for a political magazine along the lines of the German news review weekly Der Spiegel?

No, Estonia worries me in this respect. It’s also the reason why I went into politics. My homeland needs political reform towards democracy. I think that Estonia must alter its voting system and simultaneously make changes in its government. We have to relinquish the radical multi-party system we currently have, which doesn’t bring any benefit to us at all.

Secondly, we have to decentralise power. And thirdly I believe that a crisis of discourse is all too apparent. Politics is simplified and offers solutions which just aren’t going to work. It’s a result of populism and a sharp political rhetoric. Estonia simply has to be more mature, democratic and tolerant than before.