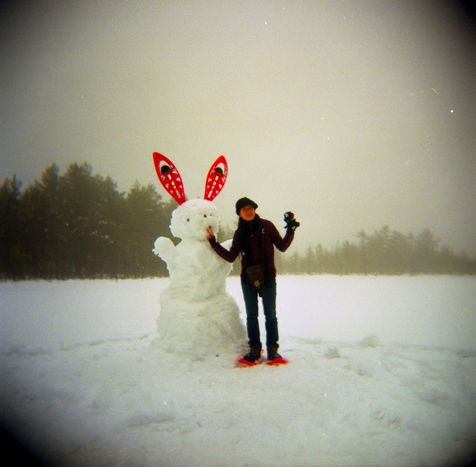 Estonia: blowing hot and cold in the eurozone

In the midst of the euro crisis Estonia is saying goodbye to its kroon and on 1st January 2011 it introduced the single currency. Given the problems in Ireland, Portugal and Spain, this is one of the few pieces of good news for monetary union this year

Brussels is therefore rewarding, above all, the low budget deficit of the Estonians, who have come through the crisis better than their Baltic neighbours. Yet in Estonia there is not a hint of a party atmosphere. This is because the years of plenty are also over in that country which has been the role model in the Baltic states.

The euro has already arrived for Marina Wolkowa, a market trader. She sits on a little stool behind her stall at Tallinn's station and waits for customers. The products on offer are well-arranged: cucumbers, tomatoes, onions and some fruit: bananas and pears. Marina is selling one kilo of Estonian cucumbers, for example, for 25 kroons today. She has also written the price in the future currency on her display sign: 1.60 euros (one pound forty). All over Estonia since 1 July prices have been given in euros as well. Nevertheless, Marina is mainly afraid of the disadvantages as a result of the single currency. ‘The euro will achieve nothing for us. It only drives prices upwards.’

At the start of the year 1.3 million Estonians said goodbye to their kroon. For almost twenty years their coins and bank notes with the images of Estonian intellectuals and poets had been a symbol of their independence from the soviet union, which they had finally achieved, and of their rapid modernisation. Since the 1990s this small republic on the Baltic Sea had experienced an unparalleled economic boom. As recently as 2006, for instance, economic growth was at a staggering 10.5 %. The Estonians were building and buying flats and houses with cheap loans and, in this way, they were boosting their small country’s construction industry in particular.

In addition, Estonia was processing all of its financial transactions by computer at an early stage. Administration was also switched to the internet. Above all, the name 'Skype’ is still regarded to date as a symbol of its success. This IT business, which was started in Tallinn and which has since been bought by eBay, has enabled video telephony by internet to make a breakthrough globally. In addition, Estonia introduced a flat rate of tax. Since then, a uniform rate of 22% income tax has applied to everyone. For years, double digit growth rates have been affirming the government’s neoliberal direction. Yet the global crisis caused the ‘Baltic tiger’ to limp as well: business dwindled by an alarming 13% in 2009. 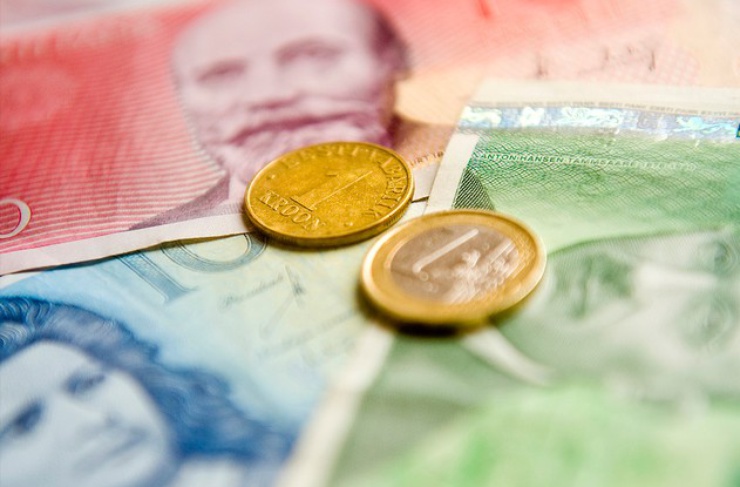 Estonia is now getting the euro despite everything, mainly due to the low budget deficit. This has always been well below the Maastricht threshold of 3% during the last two years as well – a dream figure for many EU countries, first and foremost Ireland which, with a deficit of 30%, is currently causing the euro exchange rate to go through the floor.

The Estonians have already been focussing on Europe for a long time in terms of their currency. Since the early 1990s the Estonian kroon has been pegged first to the deutschmark and was then later pegged firmly to the euro. The Estonian president, Toomas Hendrik Ilves, emphasises the fact that the currency conversion is therefore primarily having a psychological effect. He goes on to say that introducing the single currency makes sense for Estonia, however, despite the difficulties in the eurozone. He says that, to be exact, many of Estonia’s problems arose due to the fact that this small country did not have the euro. ‘When our kroon ran into trouble in 2008 due to the financial crisis, that had little to do with the situation in Estonia’, he explains. He adds that it is rather that the problems of their neighbouring country, Latvia, which faced the risk of national bankruptcy due to the crisis, had had an impact on their own currency. ‘If the Latvian prime minister says 'We have got major problems', then the next day the Financial Times will write 'Crisis in the Baltic States' and that makes investors nervous.’ Even the prospect that Estonia might also soon have to pay money to Ireland, Greece or other problem nations in the eurozone is not alarming the Estonian president. He says that it is a matter of loans which will be repaid.

It is true that Estonia does not have to struggle with problems in the way its neighbour Latvia does – on the contrary: out of the Baltic states, Estonia was the best at tackling the crisis. Yet in spite of this, economic experts are critical of the situation. People in Estonia had been living beyond their means during the last few years, says Rainer Kattel of the Technical University in Tallinn (TTU). He goes on to say that the country would therefore have had problems at some stage even without the global crisis. He adds that, in the golden age of the boom period, banks had been sending credit approval within an hour by text message – without conducting prior investigations into people’s creditworthiness seriously. ‘I consider it short-sighted to always look only at Greece, Ireland and Spain when the problems of the eurozone are being discussed, as the situation in the Baltic states does not look very different in principle. Although we don’t have a high level of debts, on the other hand, we do currently have 18% unemployed in Estonia.'

Rainer Kattel, who is an economic expert, is also taking a sceptical view about future growth in Estonia. In his opinion the crisis is far from over and a lot of people will suffer for years to come under an immense private burden of debt. ‘It could be compared with parts of East Germany. In our case a real upward trend will be difficult as well’. Although Toomas Hendrik Ilves does not want to take such a negative view of his country’s future, the Estonian president does also concede that it will not be easy for little Estonia to hold its own in the global market – with or without introducing the euro. ‘If we do not produce innovations like Skype in the future as well, Asia will overtake us and the whole of Europe once and for all.’