Erlend Moster Knudsen: Running from the Arctic to COP21

This December, thousands of climate scientists, activists and academics will be descending on Paris for the COP21 climate talks, but only one will be arriving having run all the way from the Arctic Circle. Meet Erlend Moster Knudsen, one of two incredible adventurers raising awareness of climate issues as part of the Pole to Paris initiative.

It has been said that the fight against climate change will be a marathon, not a sprint, but Erlend Moster Knudsen is one academic who's taking this idea quite literally. He’s co-director of the Pole to Paris project, which seeks to raise awareness of the science surrounding climate issues by conducting two incredible adventures. For Erlend, this means running all the way from the Arctic to Paris before COP21.

The idea for this colossal challenge arose after meeting Daniel Price at a summer school on the Norwegian archipelago of Svalbard. Erlend was mid way through a PhD studying Arctic sea ice, whilst Daniel studied the same phenomenon in the Antarctic. “We both agreed that we were spending way too much time writing papers that would only be read by other academics," Erlend explains, "The biggest potential for change is within the general public… people love these adventures, it’s a great way to get people involved.” 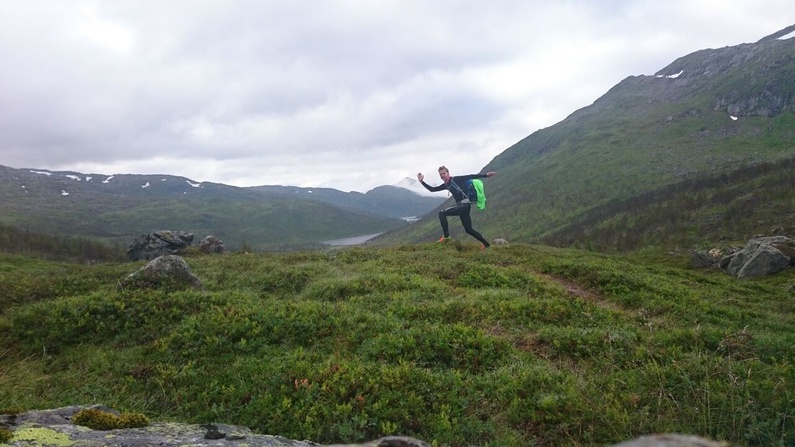 Erlend has already run the entire length of his native Norway, some 1900km in 72 days. Despite the country having some of the most beautiful natural scenery in Europe, it's the people he's met on his journey that have left the most memorable impression: “So many people have helped me out in one way or another, with a bed to sleep in, a warm shower, or just a kind word along the way.”

This face-to-face encouragement has proved pivotal in motivating the runner to keep going: “There’s a physical aspect to the challenge of course, but the mental one is even more difficult. Having so many people support me like this helps me go on, even when my legs feel horrible, or there’s a storm outside! It’s those moments when I realise that I'm not doing this for myself, but for a much more important cause.”

Erlend’s passion for environmental issues was sparked at a young age, thanks to enthusiastic rambling trips with his father: “My dad used to take me out all the time, hiking. I learned to love nature and how wonderful it can be when you’re a part of it. But when I go back to these places now, I realise how much nature is changing, and how vulnerable it is to our actions. It's a little sad. I would love to have kids who could enjoy the same experiences I did.”

Erlend is currently taking a break from the run to host talks across a variety of universities and conferences, whilst volunteers take over the run’s UK leg. He will rejoin his relay team in Cambridge to continue the challenge, before taking the train from London to Brussels, and running the final leg of the journey to Paris. 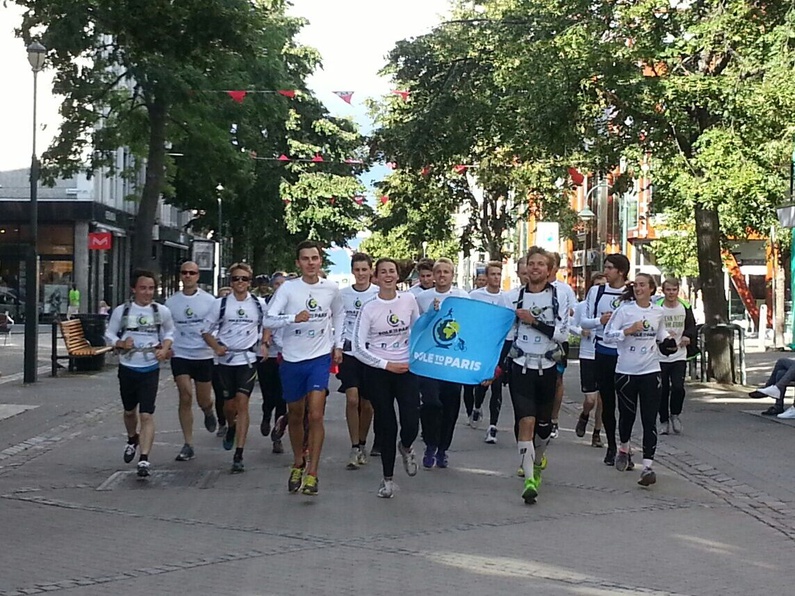 But with Paris being the ultimate destination, how confident is he that the upcoming talks will achieve worthwhile results? “I’m pretty confident we will get an agreement,” he predicts, “But I don’t think it will be strong enough… for that we need more people to talk about the issues.

"Change is possible. Politicians are paying attention to the actions of younger people, because they know that they are the coming generation. If I can give one piece of advice to those who want to be involved, it’s to get engaged in something, and believe in yourself. It’s amazing how far you can get if you decide to go all in.”

You can follow Erlend’s incredible journey through the Pole to Paris website, or the #NorthernRun hashtag. At the same time, the director of the project Daniel Price is cycling to the conference from the Antarctic. Look out for his profile in a future article.