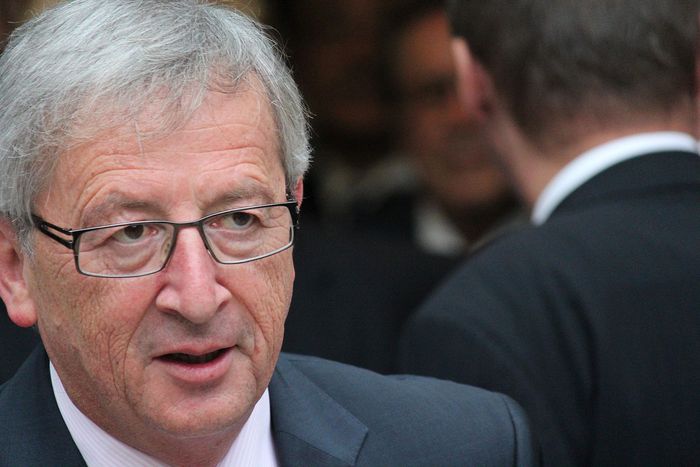 [eng] The Juncker plan: A new solution to combat unemployment in Europe

Europe is in need of a definitive initiative to revive production and investment. The Juncker Commission looks to the economy as the catalyst for a newfound trust in Brussels.

If there is one thing that the economic crisis has taught us, it is that the acquis communitaire is not quite as dependable as previously thought. European identity has seen its binding cement, economic wellbeing, eroded by an unforgiving recession. If the European economy stops circulating, we find ourselves trapped in a maze with only one exit: the resurgence of Euroscepticism. Until 2008, this force seemed dormant, above all in Spain, a country with a clear European vocation.

Europe needs an initiative that makes its citizens believe in the European project. These citizens need to see more from the political and economic union that binds their countries. It is time for a stronger and more united Europe, able to rebuild the pillars that European identity rests upon. Europe must demonstrate strength and unity to ensure its rise from the rubble left by the economic crisis.

Money not reaching the real economy

The money is there; it's just not being used. In light of this problem, Jean-Claude Juncker, the current president of the European Commission, set the revival of the economy as a key objective at the beginning of his mandate. And so, the Investment Plan for Europe, better known as the "Juncker Plan", was born. The plan promises to get Europe's economy circulating once more, generating up to 315 billion euros of investment and up to 3 million jobs over a period of three years.  The question then, is where will the money come from? The answer: From new projects, be they private or public, financed by the European Investment Fund for Strategic Investments. The Fund itself is sustained by contributions from both public and private organisations intent on getting a return on their investment. Moreover, the second part of the plan will see the small and medium enterprises (SMEs) that generate 85% of jobs as the major beneficiaries, as companies are provided with funding so that they invest in innovative, forward-looking projects.

Trust in Brussels is key

The big question is: How do you mobilise such large quantities of money? Juncker, clear and to-the-point, offers a simple answer: with trust. Trust is the 'X-factor' that will ensure a significant return on each euro invested in 'Juncker Plan projects'. However, the word 'trust' is one that the economic crisis snatched from the vocabulary of the European citizen, who saw his standard of life plunge at the mercy of decisions made in Brussels. As such, whilst Juncker is decided on the need for trust in Brussels, the problem lies in generating said trust.

The plan depends on a controlled and full-proof process of multiplying initial investment, with no room for error or improvisation. Each euro invested, be it by private or public companies, will be protected by the European Commission and the European Investment Bank. The Juncker Plan assumes all risks of investment, ensuring the complete protection of the investor's capital. That is to say, the success of the plan is based on a chain of actors, linked by one, fundamental component: Trust. Trust will unite European institutions with businesses, public organisations, governments within and outside of the EU and, finally, the citizen, the great beneficiary of the Investment Plan for Europe.

As it stands, the Juncker Plan will mobilise 2,5 trillion euros in Spain, as well as creating 5,500 jobs in the country. Juncker Plan projects currently confirmed in Spain include creating a natural gas infrastructure, improving access to transport infrastructure, establishing a more efficient energy usage and investing in medical research (for diseases such as Alzheimer's).  In total, seven projects have been confirmed in Spain, and more may follow. All projects will be funded by the Plan's Investment Fund, whose most important legacy will be the indisputable improvement of the lives of European citizens.

The reasons why Andalusia needs to believe in this initiative, which will open the way to the renewal of strategic and cutting-edge sectors, are both numerous and significant. The southern, Spanish region wants to re-invent its competitive position by using 13 billion euros from the Plan to finance a working freight corridor and to connect the port of Algeciras with that of Bobadilla. Previous requests to undertake these projects have been ignored by the Spanish government; a worrying situation  when you consider that investment in these projects would be recovered with interest, and, more importantly, that the projects would notably alleviate the problem of unemployment in the community.

Innovation the answer to eradicating unemployment

Now is the time to reach out to Brussels, to trust in Europe once more and to help the Community generate that sense of security and solvency in the investor that was unwavering before the crisis. We must invest in Europe and for Europe, understanding that the Juncker Plan projects will directly fuel economic recovery. The Plan makes a statement; it demonstrates to the European citizen that Brussels is more than politicians making decisions removed from the lives of ordinary Europeans, that Brussels wants Member States, as well as regions, to reinvent themselves following the crisis. Now is the time place our faith in an economy that restores pride to the European citizen. After all, pride was once synonymous with European identity. And what better way to do so, than by rebuilding the economy, starting from the regional impetus advocated by European policies.