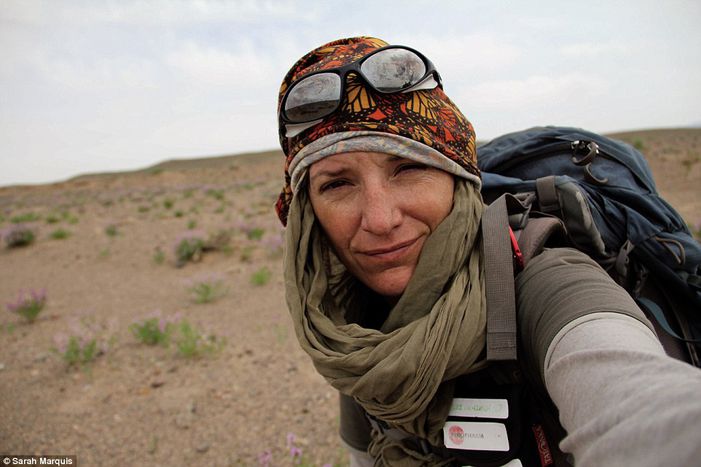 Yoanna Sultan-R'bibo, who writes for Le Monde newspaper, caught up with the extreme hiker, Sarah Marquis. The swiss adventurer has spent the last 23 years crossing vast stretches of land, from Siberia to Australia, from Chile to Mongolia. Marquis, who is used to travelling the globe in survival mode, was nominated “Adventurer of the Year” in 2014 by National Geographic. 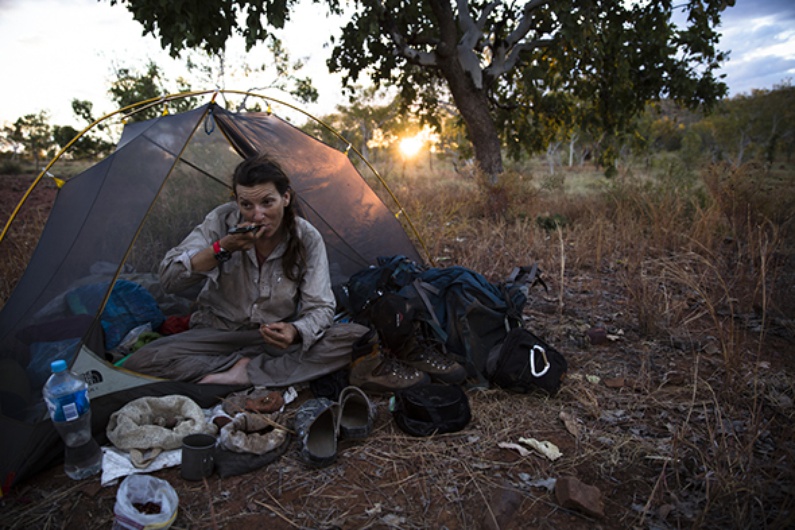 At 45, this daring adventurer is still in search of more intense challenges. Following an expedition in the Andes in 2006, Sarah Marquis undertook a three-year hike from Siberia to Australia – a trip that resulted in a thousand days and nights, 20,000 km and a book: Sauvage par nature (Pocket, 2015).

In 2016, the extreme hiker took a stab at traversing the west coast of Australia – a wild region which has been little explored. Marquis spent three months in survival mode alone in the wild. She managed to feed herself by drawing inspiration from ancestral Aboriginal techniques. At the end of December Marquis jets off to the southern tip of Tasmania for an expedition to the north of the island. She will find herself in the depths of a primal forest yet to be seen through the human eye.

In an interview with Le Monde newspaper, Marquis explains why she chose such an extreme method of hiking:

I was curious. For me, walking is a way of exploring. I believe humans have capabilities a thousand times superior to those which we usually use in terms of physical and mental strength. This isn’t something that we teach; in fact, we teach the opposite. For me, mind and body have no limits, no barrier. This is what I am challenging every day when walking. We develop another awareness and pass through to the next level, as if in a video game.

The body has no limits, but walking can be painful…

Pain is first and foremost a fear – fear of being in pain. Then when pain strikes we realise that the body, like the mind, knows how to handle it. The society we live in forces us to live in a bubble, protecting us from everything while “assuring” the body that nothing will happen to it. It’s a shame that courage is not recognised quality. Walking teaches us to accept the pain and discover our inner courage.

In this animal-like state, what kind of bond do you develop with your surroundings?

Having a bond with nature is above all what keeps me alive! I set off with the mindset that nothing out there is hostile – neither the animals nor the elements – and that there is surely a way of connecting with nature. The problem is that here, in our urban lives, our hard drives are overloaded with information. I have to complete some “clean-up” sessions before being able to reconnect with nature. Each time, it takes some time to restore this bond. I am only able to reach this state through walking.

Of course, it’s difficult to measure scientifically. It’s almost mystical, I would say, but humans are able to recharge themselves with energy through nature – just like when we connect our smartphones into the plug socket. In Japan, hikes into the depths of bamboo forests are organised for people to revitalise themselves. If my expeditions were to have one goal, it would be to show that having a connection with nature is the only way for the human race to save its skin. I’ve spent half my life crossing forests, desert and steppes. I’ve developed an ability to revitalise myself after roughly twenty minutes of walking. After all, it’s a question of simply rediscovering the original condition of the human being: putting one foot in front of the other, surrounded by the immensity of nature. 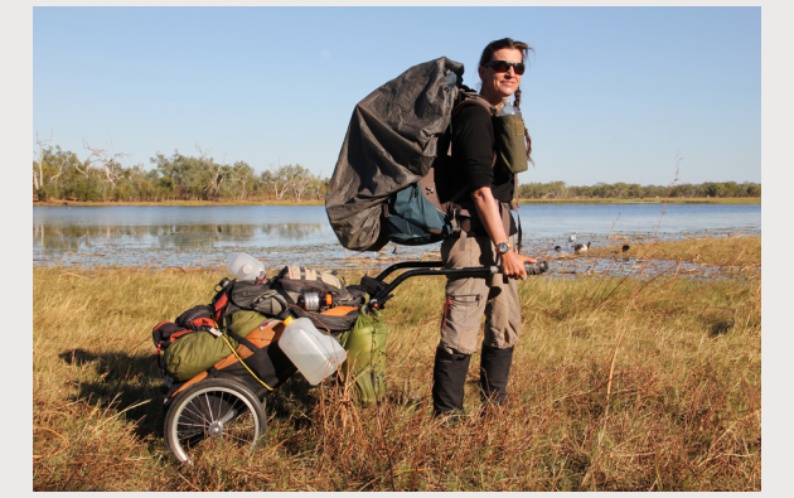 Does being a woman travelling alone complicate your expeditions?

It isn’t easy being a female adventurer. But I never set off with an apprehensive mindset. If I’ve survived faced with the likes of crocodiles and grizzly bears, I’ll manage if I encounter a few malicious men. It’s a state of mind: I don’t present myself as “prey” – I feel more like a tigress. Body language plays an important role: facial expression, voice, feet positioned sturdily in the ground, the position of the hands, the distance between yourself and others. You have to be a “killer” and defend your territory as animals do. Again, it has a lot to do with instinct. But at times I have still been very scared. For example, in a jungle in Laos, I was attacked by drug traffickers who were armed with sub-machine guns. In the end I escaped, but on that day, I told myself the end had come. I am not afraid of death for that matter. It’s a clear reality in my head and it’s part of my everyday life.

Does hiking also lead to an internal journey?

Of course. The magic of walking is the relationship of two elements: nature (at times hostile and in need of being tamed) enabling us to discover our inner selves. We as individuals don’t know ourselves. We only exist within groups where we have been conditioned by our socio-cultural environments. Walking allows us to learn a lot about ourselves and how we are unique. That is why I chose to walk alone. Only by being alone can we achieve this form of harmony.