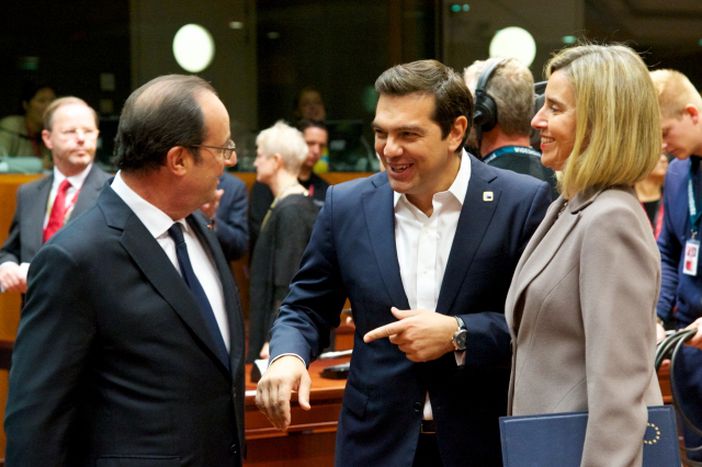 OPINION - European leaders met once again yesterday to discuss the migrant issue, and one thing is clear: no progress was made. Despite the warning given before the summer by 139 NGOs working on human rights, the heads of state and government persist in their rejection of humanity when it comes to migration policy.

Despite the warning given before the summer by 139 NGOs working on human rights, the heads of state and government persist in their rejection of humanity when it comes to migration policy. As French President François Hollande confirmed, European leaders have attacked the migration question from two angles: "controlling the borders" and "addressing the sources of migration".

EU-Turkey: An agreement contrary to European values - and it's about to explode

As part of the struggle against illegal movement across their borders, European states have requested the implementation of new measures on the ground to enforce the agreement signed with Turkey in March. These countries believe that the process is "under control", in the sense that it has enabled them to significantly reduce arrivals via the Aegean Sea.

What isn't being mentioned is that this agreement is exacerbating an extreme humanitarian crisis along the Turkish coast and on the Greek islands. Thousands of people, mostly fleeing persecution in their countries of origin - sometimes linked to Western political decisions - in the Middle East, find themselves trapped and encounter significant obstacles to their right to claim asylum. This is the same right that European states are committed to respecting under international law.

It should also be kept in mind that the EU-Turkey agreement is on the verge of going up in smoke. Whilst it was agreed that in exchange for its cooperation, Turkey would receive a liberalisation of visa policies for its citizens, the EU to this day refuses to fulfil its side of the bargain. The Europeans want a number of specific conditions to be met, notably concerning the anti-terrorism policies of President Erdogan, who has shown little respect for the field of human rights. In May, he said, "The EU is asking us to modify our anti-terrorism law. In that case, we say: 'We'll go our way, you go yours'." A stalemate, and an atmosphere of déjà-vu at the numerous European summits where this issue has not been resolved.

Despite the inevitable failure of this agreement, the Europeans want to expand this kind of practice, including allowing the establishment of partnerships with African countries. In a call to use "all instruments, tools and policies" in the struggle against illegal border crossings, European leaders are no longer making a secret of their desire to use policy areas traditionally distinct from migration issues to prevent people from arriving. The aim of these agreements is to grant benefits to African countries, particularly in the realm of trade, in exchange for their cooperation on migration. There is also talk of using the development funds allocated to these countries in order to create good economic and social conditions there, thus encouraging people to stay put.

This attitude is extremely problematic. Firstly, there is no evidence that it will be effective. On the contrary, studies tend to show that it is not the most disadvantaged sectors of the population that migrate, but rather those who possess some means to do so. Migration is a right, but it can also prove to be a constraint: when it is applied to individuals, it is obvious that the EU must contribute to improving their living standards so that they may exercise their right to remain in their country of origin. But the drive behind Western countries' development policies should not come from a desire to restrict the mobility of populations. Rather, it should be based on international solidarity between peoples in a globalised world.

Furthermore, such policies are irresponsible: European states are openly shifting their responsibility to accept migrants onto the poorest and most vulnerable countries. It should be made clear that actions of this kind can prove dangerous for the people of the countries in question. Certain NGOs have even warned policymakers of the risks of diverting funds allocated under migration partnerships for purposes contrary to human rights. There has notably been criticism of European funding granted to Sudan, whose violations of human rights have been denounced by Amnesty International.

This position taken by the European Council, which is nothing new, is an addition to a long list of European measures intended to reduce the number of arrivals and increase the number of expulsions - among them, the European border and coastal guard in operation since the 6th October. The aim is clear: receive the smallest number of people possible, even if that means flouting the values we claim to hold.

When will we finally see a real European migration policy based on solidarity - of Europeans among themselves, and of Europeans toward the rest of the world?