[eng]  Italy has a serious problem with the right to abortion

With a document published on the 11 of April, the European Council confirmed that women in Italy come across “remarkable difficulties” in gaining access to abortion services, mainly because of the enormous amount of cases of conscientious objection among doctors. But how’s the situation in practice?

Talking about the right to abortion is basically an evergreen theme in Italy. It’s one of those debates that will never die, a conversation topic to bring up when you don’t know what to talk about or if there’s an ardent desire to assist to a knife duel between who’s in favor and who’s not.

In reality there’s not much to discuss. There’s a law in Italy (law 194/1978) which defends the right of any woman to have an abortion within the first 90 days from the conception or, in some particular cases which are specified by the law itself, within the first 5 months. The law also protects the rights of the medical staff: to avoid the execution of a medical practice that would go against their ethical belief, they simply have to declare themselves as conscientious objectors.

So it looks clear, simple and established.

Conscientious objection and its consequences

Unfortunately this legislative structure, that could work perfectly, is ruined by the formulation of the law itself. In fact there’s no practical or numerical limit given to the conscientious objection of the medical staff. No specific measure is taken in order to efficiently respect the right to abortion and the right of conscientious objection. All this brought to an incredible increasing number of conscientious objectors in the last 38 years. Numbers are alarming: according to the latest statistics, issued in 2015 by the Ministry for Health (updated in 2013), the 70% of gynaecologists working in the Italian health service are objectors. The situation is even more shocking in Southern Italy, with peaks of 93.3% and 90.2% in Molise and Basilicata.

But this condition didn’t pass unnoticed: the European Council, in a document published on the 11 of April 2016, accepted a motion presented by the CGIL in 2013, confirming the actual difficulties that women come across today in Italy to have access to abortion services. 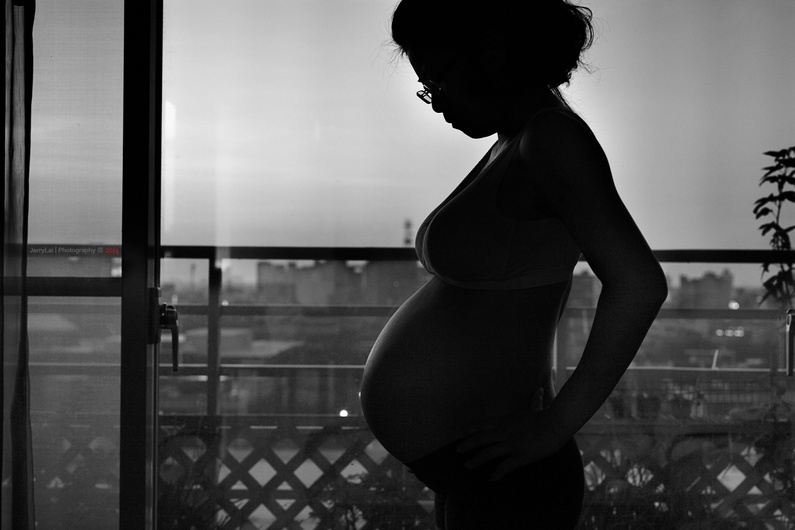 «The main problem about the right to abortion in Italy is not the existence of the conscientious objection itself, but that there’s simply too much of it». This is Dr. Emilio Arisi's comment, gynaecologist and ex member of the executive council of the Italian Society of Obstetrics-Gynaecology (SIGO), interviewed by Cafébabel. «And this inevitably generates enormous problems in personnel administration and management, because the staff is numerically limited». Such criticality clearly appears in the document published by Strasbourg. According to the informations provided by the LAIGA (Free Italian Association of Gynaecologists for the realization of the law 194), the high percentage of objectors takes away the possibility of many health centers to guarantee abortion services, even though they have a functioning gynaecological ward. In the list provided by the LAIGA there also are important hospitals, as the University Hospital of Tor Vergata in Rome, the Civil Hospital of Brescia or the San Paolo Hospital of Bari. Furthermore, many are the structures in which there’s only one non-objecting doctor in the ward and this causes the suspension of all kind of abortion practices when he’s temporarily absent, or the total closure in cases of retirement or death of the gynaecologist. del reparto stesso in caso di pensionamento o morte del ginecologo non obiettore.

The real problem is unseen

The consequences? Long waiting lists, less attention and time for medical practices and case informations, but also real migrations of women to neighboring regions to perform an abortion. These are women to whom the right to abortion is evidently denied in the nearest medical centers. But this is not all: according to the European Council, beyond the violation of the health rights for women, we can also recognize sufficient evidence for various episodes of work discrimination experienced by the non-objector medical staff. 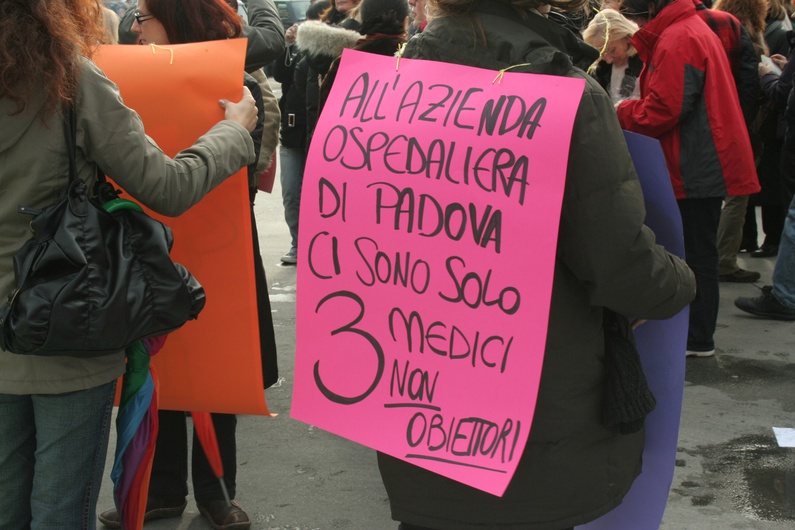 «The Minister for Health Lorenzin claims that the right to abortion in Italy is guaranteed… Yes, maybe on paper. But this still happens, forcing non-objecting doctors to exclusively perform abortions all day long, every day. This is not an ideal working condition, both physically and psychologically. It’s not ethical» claims Arisi. This creates a sort of deep split, at a professional and personal level, among conscientious objector doctors and pro-abortion doctors. A sort of division between: gynaecologists “of death” who, due to the objection of their colleagues, are forced to take upon themselves all the abortion requests received by the medical center in which they work (without the possibility of doing anything else), and doctors “of life” who do all the rest. And that’s not all. «I know that some doctors were put under pressure in order to make them become conscientious objectors in exchange of a promotion», claims Arisi. «Generally this happens for political convenience, in particular local administrations which are declaredly against abortion; where having a head physician who performs abortion would be inconvenient».

Then what would be the solution enabling the effective application of the law (192) and the solution to equalize the large number of objectors? According to Arisi «The solution would be the announcement of competitive examinations opened exclusively for non-objectors. Non-objectors can’t declare themselves objectors once they sign the contract. Today it’s almost too easy to object: they only have to address a written communication to the head physician, without any forewarning and with immediate effect». However, as pointed out by the same doctor «This kind of competitive examination is unconceivable, with the current legislation. It would be discriminating. It is necessary to change the laws that concern recruitment in the health services, but only the government has the power to do so. If they only would put a hand on the heart and one on the wallet...».

Yes, one hand on the heart, one hand on the wallet and we should also add “one hand on statistics”. Those that the Ministry for Health should read with more attention, instead of minimizing  the problem and claiming that in Italy the right to abortion is guaranteed. This would avoid the umpteenth absurd event in Italy where everybody talks but no solution is ever found.