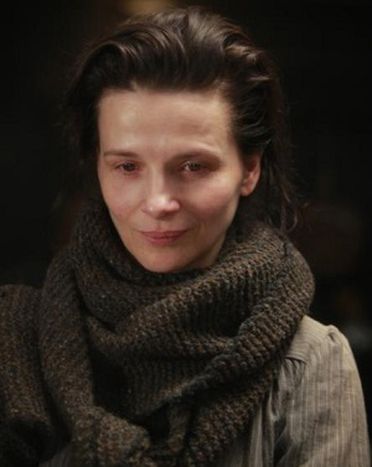 A raw telling about the first years an artist, Camille Claudet, was secluded in a mental asylum. Solitude, abandonment, the borderline between reason and madness, desperation and frustration are some of the ingredients in this movie. Juliette Binoche brings majestically to life this sculpting artist victim of those passions reflected in her work.

Camille Claudel’s transgression “symbolically represents a model of the existence of the limits between beauty and sadness”, as director of “Camille Claudiel 1915” Bruno Dumont defines it. The life of this sculptor that dared trespass the limits allowed to the women of her time.

“I have not written anything, everything is in the letters and in the diary” assures Dumont who has constructed an impeccable movie through the voices of the story protagonists. These letters reflect a time of “sadness, delirium, desire to advance, pessimism and total enlightenment.

Camile Claudel as well as her brother, the writer Paul Claudel, live “tormented in the extremes”, what makes them, “interesting for the movie” as the director assures.

Juliette Binoche is the only professional actress in the cast. The rest of the actors are paints in the asylum that have experienced the tragedy of these types of illnesses, first hand. Through this, a game between light and silence, Bruno Dumont has accomplishes the same effect that Niccolò dell’Arca got in “Lament over dead Christ” reflecting the sorrow in the facial expressions of the figures inspired by the patients of Santa Maria della Vita in Bolonia.