Elvira Lindo: "Without Decent Pay There Is No Freedom"

INTERVIEW- Novels starring Manolito Gafotas, Elvira Lindo craftily broadcasted to the average Madrileño family, a snapshot of a large part of Spanish society during the nineties. The writer, screenwriter and columnist for El País, known for her ability to describe in words all sorts of passions, absurdities and peculiarities, shares some of her reflections here.

Cafébabel: The modern world can be complex for some people. How would you explain your work to a child?

Elvira Lindo: My job is to invent stories and to tell them in such a way that they are attractive to children or adults. It consists of creating a story, writing it, and that the readers believe it.

Cafébabel: Like Bowie said, we can all be heroes, even if only for a day. What is something you always wished to do and have never done?

Elvira Lindo: Attending to a mother who has just given birth. I would love it. For that, of course, the poor mother would have to find herself in a desperate situation with only the assistance of myself. But I believe that if childbirth is simple it wouldn't be difficult for me and it would seem to me the most beautiful act in the world: to help give life to a human being.

Cafébabel: For many people, Europe is distant, inaccessible, and boring. How could we make it more attractive?

Elvira Lindo: Who said that Europe is boring? I don’t see it that way. Europe has been a dream of cooperation and coexistence that arose after the Second World War. Europe was a catastrophe during the two world wars. It cannot become a hostile place; we must fight because it is not ruined. It would be bad news for the world that the place where the concept of a society of well-being was coined succumbed to social inequality and everything that that entails. It would also close its doors to those who flee from hunger and war. And I am afraid that this is happening. Europe must not lose its founding principles. We must fight to maintain that essence which made it different from any place in the world.

Cafébabel: What infuriates you the most in the present world?

Elvira Lindo: The huge disparity between a few rich men and the millions of poor. Also the strangulation from which that middle-class suffers.

Cafébabel: Society demands perfection, but what failure do you best tolerate?

Elvira Lindo: Political incorrectness. I plead for the freedom of expression although it is not in agreement with what I hear or I read. I usually end up compromising with the faux-pa.

Cafébabel: It seems the Internet knows everything about everyone, but what is it that Google still doesn't know about you?

Elvira Lindo: I have tried to make it so that the first thing a person learns who enters my name in Google is my version of the facts, in such a way that the first pages that appear are mine. But Google knows too much about me. It knows if I change addresses, which worries me, which I like. A lot. Now I just believe in actual privacy, never in the virtual one. 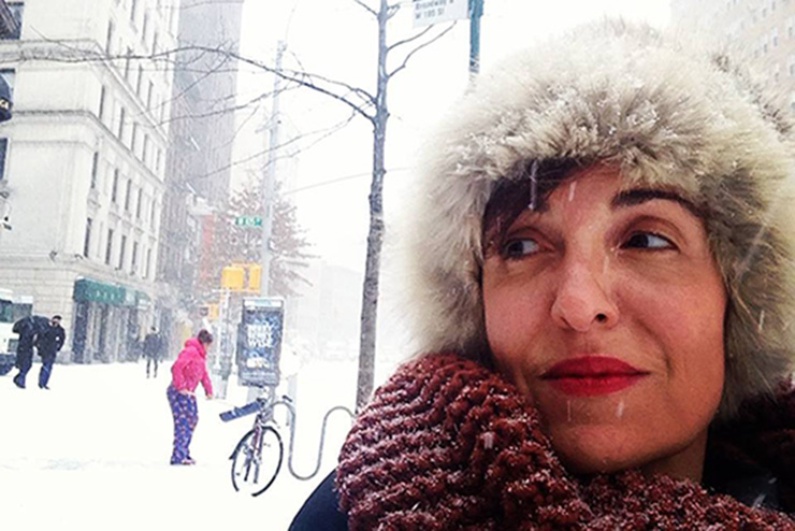 Cafébabel: If you had to campaign to become the spokeswoman for young people of the world, what would be your slogan?

Elvira Lindo: Without decent pay there is no freedom.

Cafébabel: What is first thing that you do in the morning, whatever it may be?

Elvira Lindo: Have breakfast while I listen to the radio.

Cafébabel: If you could invent something that doesn't exist yet, what would it be?

Cafébabel: I have never understood, why are we Spanish peculiar? [in reference to her opinion column published in El País May 21st, 2016]

Elvira Lindo: Because we both embrace and emit our country's plagues. We are, perhaps, too vehement, rarely reflective, and it costs us to see in the long-term. Foreigners love that, it seems to them that we know how to live the present. And it is true, but I lack something of moderation, good sense, silence to listen to another.

Cafébabel: What do you think is going to happen the 26th of January? What would you like to happen?

Elvira Lindo: That there is a Government, of course, and that there is a change. It would frustrate me very much if the Popular Party remained in power.

There is a pile of “big names” in this fish tank called Europe. We present our new series of interviews of this type in order to find the strangest answers of some of the most interesting names on the continent.