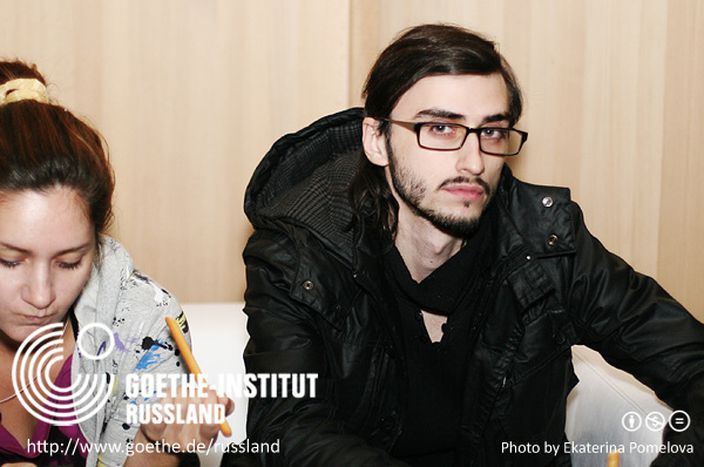 On 7 October, the 59th birthday of Vladimir Putin, one pro-kremlin activist composed a couplet with a nod to a soviet-era poem, ending with the words ‘thanks for this Putin’. The rhyme provoked a deluge of tweeted criticism levelled at the Russian prime minister. Could this be the beginning of a protest wave?

Russia’s twitter flurry in October comes at a time when prime minister VladimirVladimirovichPutin is topping popularity polls in Russia. In September 2011 the independent agency Levada ran a poll in which he received a 68% approval rating for the 2012 presidential elections. It’s an envious figure by the standards of western politics. It places Putin ahead of the incumbent president Dmitry Medvedev (62%). Tweeted topics have ranged from the light-hearted (‘hash tags paid for from the budget’) to the more profound (’we crawl back to the land of the soviets’), but the sheer volume of the couplets saw the tag '#СпасибоПутинуЗаЭто' ('Thanks for this Putin') shoot to the top of the trend list in a couple of hours on 7 October, Putin’s 59th birthday.

The Russian internet giant yandex’s latest survey on twitter usage by Russians in August reported that there were more than one million accounts in July 2011. These count an average of 370, 000 Russian-language tweets per day (compared to 150, 000 in March 2010), of which 8% were retweets (cf 5% in March 2010). The droves of tweets on Putin’s birthday would suggest that the relationship between the kremlin and the average Russian are far from rosy, but twitter by its very nature encourages users to jump on the latest bandwagon. It is all too easy to be overcome by the natural human tendency to want to belong, and to follow trends simply to feel like part of the crowd. The number of active twitter users has actually dropped dramatically; only around 6.4% of account holders are active (compared to a huge 60% in March 2010). On the other hand, this mimics a general trend recorded over twitter worldwide by a Business Insider survey, which found that only 10% of account holders over the world were active users of the site.

‘#СпасибоПутинуЗаЭто' was a good joke for these users on an idle Friday afternoon. However, it remains doubtful whether it can and should be interpreted as a valid opposition movement against Putin. The Putin couplet trend certainly demonstrates a significant negative reaction against the presidential hopeful, but as pure political statements go, it is hardly revolutionary. So what role will social media play in the 2012 Russian presidential elections?

When Putin first ran for office in 1999 popular internet penetration was proportionally far lower. Platforms of personal expression such as blogs and forums were much thinner on the ground. They were by no means regarded as the barometer of public opinion in the same way that the big names of the noughties are today. Researchers such as Josh Machleder and Gregory Asmolov are optimistic. The authors of the study Social Change and the Russian Network Society (August 2011) suggest that that the Russian government has been responsive to the growing rate of internet use among Russians of voting age. The government has increased its efforts to foster its own presence on the web, with a number of officials, including Medvedev himself, blogging and tweeting regularly, and various eGov platforms (for example, youtube.com/kremlin), being set up via which internet users can access public data online. Nonetheless, research conducted by the Harvard University’s research hub, the Berkman Center, suggests that the blogosphere remains the least censored public space, with significant clusters of bloggers who express opposition to the ruling 'United Russia' party, and uncensored networking sites. The internet offers a fertile seedbed for potential grassroots movements against monolithic authoritarian government.

On the other hand, such views are overly positive. The same study,  in Public Discourse in the Russian Blogosphere (October 2010), reveals that less than 5% of the Russian adult population regularly and actively blog on political themes. Of this small percentage, around half of the bloggers reside in the Moscow area, a further quarter in the Siberian Federal Region and in the rest of the vast country. The picture which emerges is a distorted demographic with respect to the total Russian population. Political bloggers in Russia would seem not to be the voice of the entire nation, but rather that of the globalised urban minority.

Nevertheless, it is early days yet in the electoral season. With the sub-50% support rate which United Russia received in many of 2010's regional elections and rumours of declining popular support, even an outspoken social networking refusenik such as Putin would do well to pay heed. Russians are increasingly using the internet as a form of activism where they didn't before, a Radio Free Europe article pointed out on 10 October. The piece mentions the role of social networking site vkontakte, Russia's home-grown version of facebook, in such activism. Bear in mind though that the site has been responsible for activism in favour of Putin, including such tasteful highlights as Women Strip for Putin.