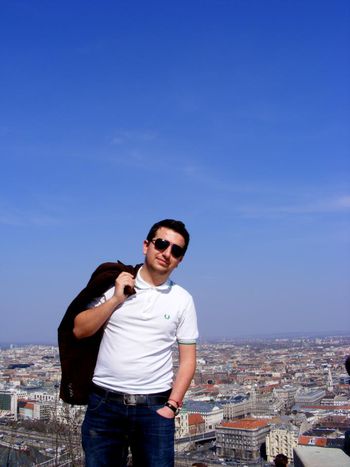 „Economy is in change, culture is forever”

A conversation with Dragostin Ivanov was the perfect example of how points of view structure the world. Hungary has a totally different meaning for the young Bulgarian than for most Western expats. According to him, our little country is much more Western in certain terms than we Hungarians have imagined, and connections between our homelands are deeper than one would think.

It also turned out that Drago means ’nice’ rather than ’dragon’, and in his home town we can find a museum of one of the greatest Hungarians, Lajos Kossuth.

A graduate of political science, Drago is an observant member of any society, admitting that discoveries about his home country were the main reasons for leaving it. Right after finishing university he was offered a job in Budapest, so he just took it after recalling good old tourist memories about the Hungarian capital. Now he has the chance to work mainly in the French language for a company in Budapest. It may have been the French High School or the Erasmus semester in Brussels, but something keeps him looking for a brighter perspective all around the globe. Today in Budapest, tomorrow maybe somewhere else.

cafebabel.com: Why did you decide to challenge yourself abroad? Once you told me „I don’t consider myself an ’economic immigrant’, rather a ’cultural immigrant’.” What does that mean?

Drago: After spending my university years working at home, I suddenly felt the need to go abroad. I cannot explain how I ended up in Budapest, I just recieved this opportunity and accepted it. As a matter of fact I earn less money here than I would in Bulgaria, but it is not always about the money. At some point I started to feel very bored and annoyed back home, because of things about the society I don’t really understand and cannot accept. I think Bulgarian society is still in a period of big changes, in terms of political and social reforms we are relatively ten years behind Hungary. The economic and political situation make people depressed and nervous every day, they get too agressive and we also have serious problems with organized crime. Even though these things don’t affect me directly, it was very sad to see what is going on every day. Life is too short! Probably my country will develop in some years, but I cannot wait so much. I prefer to enjoy my life right here right now, I don’t want to fight with windmills. I know that the place doesn’t really matter, you cannot escape from your problems, but this is not my issue: I escaped from the problems I can escape from. Sometimes I feel homesick, but after spending a short time at home close to reality, my nostalgia moves away.

How do you see the economy and society in Hungary?

I think economically Hungary is in a better geographical position in the heart of Central Europe, and I believe that the country managed to keep its education on an acceptably high level. So companies know they will find good employees, that is why they are still coming here, even though the taxes are unbelieveably high. From historical and political point of view, Hungary is an independent country for almost 100 years as Republic of Hungary, having a very strong comission being part of the big Empires of Central Europe. Meanwhile in Bulgaria we had the Ottoman Empire which is an Asian country, so it brought an absolutely different way of thinking of what is a country, and how it should be governed. I believe the society in Hungary is more developed in terms of independence as a common interest. Here people are more united when it comes to defend their political and economic interests. Of course this is a process that keeps growing in Western direction in both countries.

What about your self-called „cultural immigrant” status?

I think culturally Hungary is more European than Bulgaria, because Hungary had a renaissance in the 1500s and 1600s and we did not, Bulgaria only had renaissance in the 19th century. It was difficult to catch up with so many decades and centuries, and unfortunately when we started to succeed in doing so, communism came and we turned back another 50 years. You have great composers, great writers, great architecture, in this aspect I don’t feel Hungary is less European or less Western than any other country. Economy is in change, culture is forever.

Do you feel yourself integrated, how do you get along with Hungarians?

I feel at home, but I don’t feel integrated, because I don’t know the language. Hungarian is a very difficult language, but it is not as difficult as other people use it as an excuse not trying to study it. With a little more effort and time you can learn at least the basics to get around. I think you cannot understand a country unless you understand its people, sometimes I feel the need to talk to a random bácsi (old fellow in Hungarian) or néni (granny in Hungarian). I feel a bit isolated from them, I don’t know their perspective because of linguistic barriers. I get along well with people who speak English, however, I don’t have many Hungarian friends. I am not blaming them, I just don’t have time to make new friends, because I am spending my time with my Bulgarian fellows.

Is there a Bulgarian community in Budapest?

Historically Bulgarians have a big community in Hungary, we are here from the 13th century. These early immigrants had escaped when the Ottoman Empire conquered Bulgaria, but they already assimilated. There was a second wave of immigration at the end of 19th century and beginning of 20th century, our people came to Hungary to work in agriculture. Their descendants still live here, I would say they have dual Hungarian and Bulgarian self-identity. I have personal experience about their presence, I often meet and talk to them in the Great Market Hall. Also the biggest orthodox Bulgarian church out of the country is in Budapest. This Bulgarian community has its own ethnic-minority self-government, they even get money from the Hungarian state to preserve their culture. Actually the local Bulgarian folk-dance group is one of the best ones, they travelled even to South-Korea for a festival. People who came in the recent years work for multinational companies. Actually most of them did not choose to come here, their companies sent them. 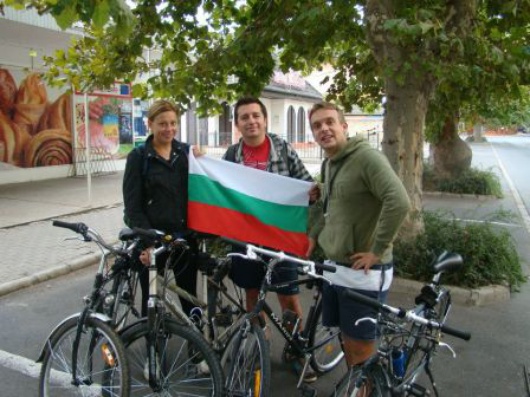 As an expat are you happy with Budapest?

Most expats are very happy here, however sometimes they say these clichés that Hungarians are very pessimistic people, not smiling enough… I don’t really feel like this, Hungarians are not more pessimist than any other nations overall. Budapest has always had a rich cultural life in terms of opera, cinema, operettas, this heritage lives on nowadays as well. I went to the Opera couple of times and I have been to some English-speaking theatre plays, I enjoyed them a lot. There are so many expats in Hungary, it is a must to offer English programmes.

You were on Erasmus in Brussels, how this experience affected your willingness to come here or anywhere?

Even if it sounds like a cliché, if you travel so much in a short period, you actually realize the world is smaller than you think. People are not so different, and in Europe we share common values, even if we don’t like the same things. I realized that I can work and travel wherever I want and I can feel at home everywhere. I am a Bulgarian working in Hungary for an Indian company where actually I deal with the French market – that’s it. Bulgaria is the newest member of the European Union, we joined on the agreement that our people will have the complete right to work abroad in Western Europe only after a certain period. During this initial period there are different legal limitations, each country decided on the level of their openess towards us. For me to go and work in the UK or France would have been quite complicated, but Hungary was open. On 1st January 2014 we will have the liberty to work anywhere in the Union without restrictions, I don’t know how I will live with this opportunity.

Do you believe in the European Union, what is your attitude towards euro-scepticism?

I believe in the Union, but I understand why people are skeptical about it. There are counties that contribute more and others which recieve more, it is normal that at some point people from richer countries start to consider if it is right or not. We can argue forever, there is not one right opinion about this issue. I believe that in the world we are living, even the strongest European country alone is nothing. The only way to make it work in this highly competitive environment is to stick together, because unity makes strength. I think the main value of the Union is solidarity, only through solidarity will European countries reach the same economical and development level, which will allow things to go more smoothly. Many political and economical scientists say that EU should go to another level, where it becomes one country with different states. Of course everybody should keep his own culture and traditions, but I think this unity should happen.

What about your future, do you have any plans?

I cannot really know what will happen with me. I regret that I don’t have a job related to my diploma, in the future I would like to get closer to my profession. I also hope to have the opportunity to study for a master’s degree somewhere. The country doesn’t really matter, at the moment I am not eager to return home. Right now my life is about here and now. I just say: “Egy kakós csiga, legyen szíves!” (Hungarian expression for ordering a „chocolate snail” or chocolate roll, a traditional pastry – ed.) 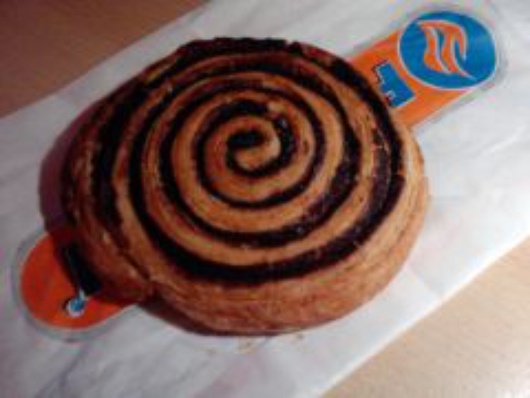 This interview is part of a wider initiative called “Youth in Migration” started by cafebabel.com local teams in Central Europe last year, with the aim to present portraits of young Europeans living and working outside their home countries. Check the cityblogs of Berlin, Vienna and Naples for further “Youth in Migration” stories.