Economy : evolution rather than revolution

More coordination between members of the Eurozone under the vigilant eye of the Commission. This is the guiding principal of European economic policy under the Constitution 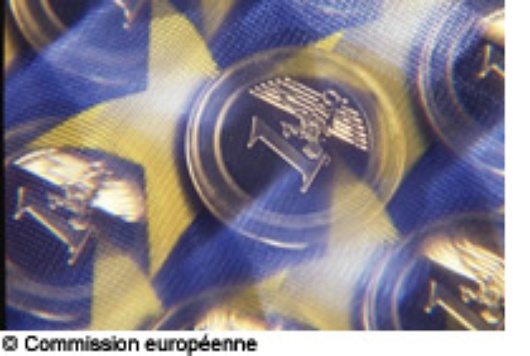 The EU began as an economic project which has been built on step-by-step. It all started with the European Coal and Steel Community (ECSC), which pooled steel and coal resources after the war. This was followed in 1957 by the creation of the European Economic Community (EEC), a so-called ‘Customs Union’ which instituted a common external tariff and created a Common Market. In other words, this allowed the free movement of individuals, goods and capital, eventually maturing to become the Single Market in 1992. This process of economic unification culminated in the establishment of the Economic and Monetary Union (EMU) which coordinates the economic policies of EU member states and oversees the adoption of the single currency (the Euro), currently used by 12 countries (the Eurozone). If the Constitution comes into force, will a new stage be attained in terms of economic integration?

At present, national economic policy is framed via various instruments. Since the completion of the single market, economic policy has become an issue of common interest for all EU countries: the Council of Ministers of Economy and Finance (ECOFIN) coordinates the various national policies by defining Broad Economic Policy Guidelines (BEPG). The Member States and the Union then act in "accordance with the principle of an open market economy with free competition, favouring an efficient allocation of resources". Although the BEPG are only relatively constraining (inasmuch as they allow for multilateral monitoring), they apply to all 25 member states equally. This means that the margin of manoeuvre for the countries of the Eurozone is strictly limited because the BEPG are not tailored to their needs. As a result, monetary policy is completely out of their control: the European Central Bank (ECB), which is independent from national governments, is the only institution to have the capacity to modify interest rates. In addition, the Stability and Growth Pact, notably in prohibiting public deficits higher than 3% of the GDP, considerably limits the possibility for member states to follow expansionist budgetary policies.

The Constitution would introduce a limited number of significant modifications into these fields, which aim to create “a European economic government". The ECB would officially become an institution of the Union, like the Commission or the Parliament for example. The BEPG for countries using the single currency would be different to those for the non-Eurozone as a closer coordination of economic policy is required. In addition, the sanction procedure against countries failing to fulfil the requirements of the Eurozone will evolve: currently, the Commission limits itself to notifying the Council in the event of a State's budgetary "skid". The Council then decides whether or not to address recommendations to the failing State. With the introduction of the Constitution, the Commission would be able to directly address warnings to the State in question. The Council would then vote on the Commission’s proposal, which would be passed if approved by the majority (currently unanimity is required, which allows France and Germany to avoid sanctions). Thus, the Commission’s role as guarantor of treaties and Community interest would be reinforced.

The euro would become the official EU currency and one of its symbols, although it would not be obligatory for all member states to adopt it. Monetary policy would come under the jurisdiction of the Eurogroup (which represents the Eurozone countries) and it would be the sole organ able to vote in certain fields, thus gaining in autonomy. Finally, the role of the European Parliament, the only elected EU institution, would be increased in budgetary matters. For example, regarding the adoption of the annual budget, the Council would have to ensure the support of the Parliament (at the moment it can act without it in various fields) which reinforces democratic control within the Union. It is, however, still the Council which will decide the over-arching budget which is decided every seven years.

The Constitution thus reinforces certain instruments, such as the BEPG and the Eurogroup, in order to improve the EU's economic efficiency without necessarily representing a major upheaval. It also reinforces the coordination capacity of the EU, particularly within the Eurozone, which seems logical. In short, it would represent a slow evolution rather than a revolution towards a European economic government. The political instruments would remain almost unchanged, but would be better structured. Thus, in the economic field, the key word in the Constitution is coordination. Will our governments succeed in opening the door to growth therewith?