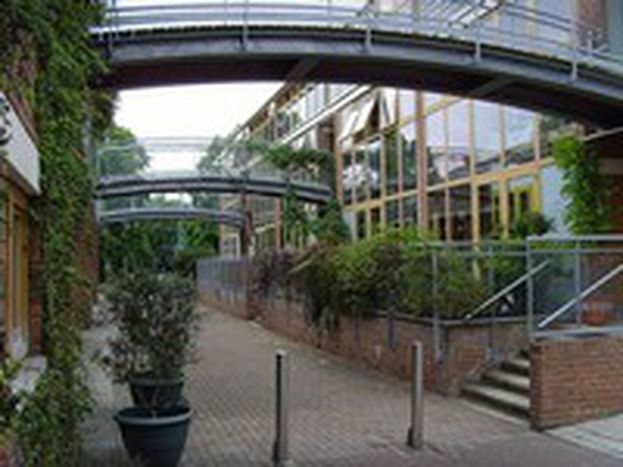 The ‘built’ environment in the UK, Germany and Sweden are good examples of how our lifestyles have to adapt in a changing world

How do you use a building? What do you do inside it? These factors are currently responsible for about a third of all carbon emissions across Europe. An isolated eco-house in the middle of nowhere can end up being less green than a less exotic building in a city if you offset the eco-credentials with the carbon emitted from having to drive to and from it all the time. That’s why architects and urban designers are creating new ways of living to make us rethink our homes, offices and our relationships with them. 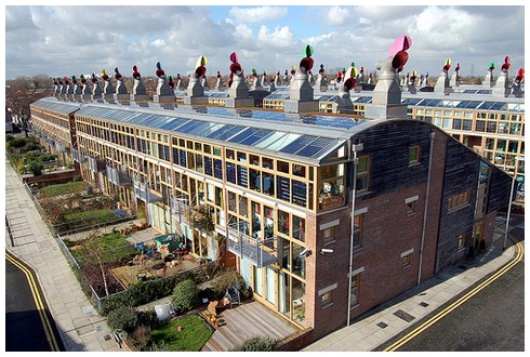 The BedZed community in London is a collection of esoteric looking buildings designed from the ground up for carbon neutral living. Built by the Peabody Trust, a charitable housing trust and registered housing association, Bedzed relies on simple, pragmatic design decisions to keep carbon footprints to a minimum. In addition to the usual green staples of solar roofs and combined heat and power boilers, meters showing energy use are shown prominently in the house rather than being hidden out of sight. 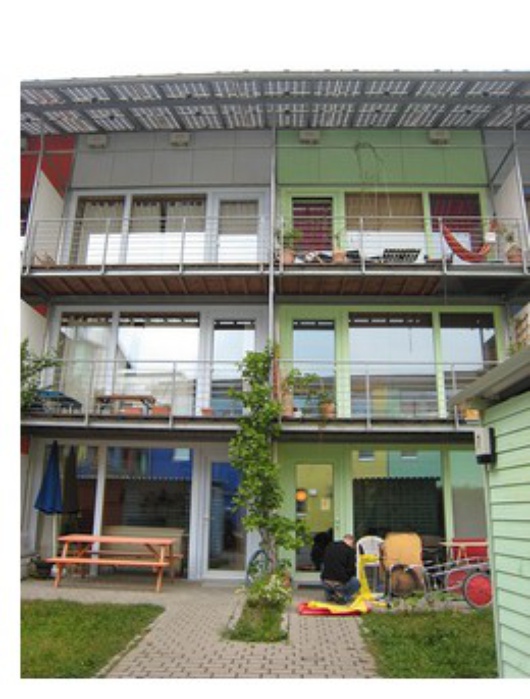 Other low tech but surprisingly effective steps include extra thick walls to keep heat in, well placed windows to make the most of the sun's energy to heat and light the house, and some clever thinking about how air moves in them to keep the houses pleasant to live in; no need for fans or air conditioning units. By funnelling all the air in the house through a single point, hot air leaving the house warms cool air entering coming in, so no energy is wasted on heating or cooling. Architect Bill Dunster, whose practice designed the BedZed project, says that low carbon living done right ends up as a double win. ‘You will not only start saving money within a year, but you'll also be saving the planet - which can't be bad, can it?’

Freiburg in southern Germany is one of the few cities in Europe run by a Green party mayor, and a good example of green living on a larger scale. 90% of students in the city currently cycle in a city criss-crossed with bike routes, or use the well developed bus and tramlines which only charge a single flat fare to travel across the city. The trams are so central, that the entire traffic system is set up to give them automatic green lights at every set of traffic lights in the city streets. It’s a measure that has halved average journey times through the city.

Meanwhile, the city’s ultra green Vauban district only grants permission to construct buildings that make their roofs available for solar power. Land or parking spaces outside houses is set aside for playgrounds, gardens, sports fields and so on. Those who need to use cars can buy a space in a multi-story car park on the outskirts of the district. Freiburg and Vauban seem to have caught the attention of the rest of the world. ‘We have delegations from Japan, South Korea, India and elsewhere,’ enthuses mayor Dieter Salomon. ‘And interest is growing all the time.’

Further north of Europe, Bo01 (from the Swedish bonollet, meaning ‘to dwell’) is another example of what green cities may be like in the future. The Swedish government began a 20 year investment program in 2001 to help the former ship building city in decline reinvent itself as a leading eco-city. The results so far are encouraging, says Bo01 project manager Eva Dalman. ‘Nobody believed there would be beautiful, young people moving to such a grey and declining industrial city.’ 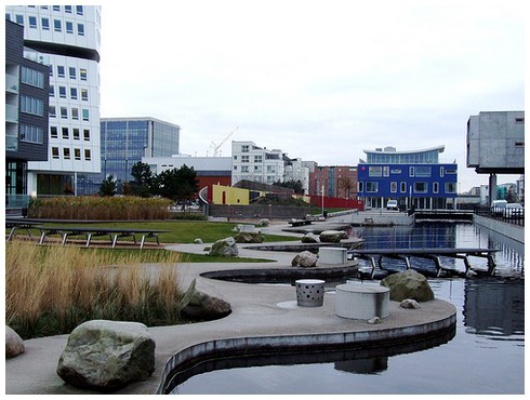 Malmo today is a far cry from those grey, disused shipyards; the skyline is made up from new buildings drawn from more than 40 different diverse architectural styles. The pedestrianised city centre is free of cars and full of flowering plants. Clusters of 4-5 storey buildings hold schools, shops, farmer's markets and homes close together. The public transport plan favours buses, trams, walking and cycling over driving. Renewable energy from a geothermal power plant provides four fifths of the energy needed by the city with the rest coming from solar and wind power.

Malmo, Freiburg and Bedzed are good indicators of how green living will look in the future, a world designed around community rather than cars. So, are we are ready to trade the freedom of the open road for the constant contact of the eco-village?