The online data of Europeans is not adequately protected from being accessed by authorities in the US, according to the ECJ. On Tuesday the court ruled that the "Safe Harbour" agreement regulating data exchange between the EU and the US was invalid. Europe's judiciary is protecting the people's private sphere, some commentators write in praise. For others, the freedom of the Internet is in peril.

The European judiciary is defending the rights of its citizens, the conservative daily Expansión writes approvingly: "The ECJ has made it clear that in the state of tension over security and the right to privacy of personal data, the European Union gives more importance to the latter. Nonetheless the ruling doesn't oblige the social network to immediately stop using the information of its European clients. Facebook issued a statement calling for an agreement between the European Union and the United States on this matter, and that is appropriate. But the ECJ has shown with its ruling that it takes the separation of powers and the rule of law seriously." (07.10.2015) 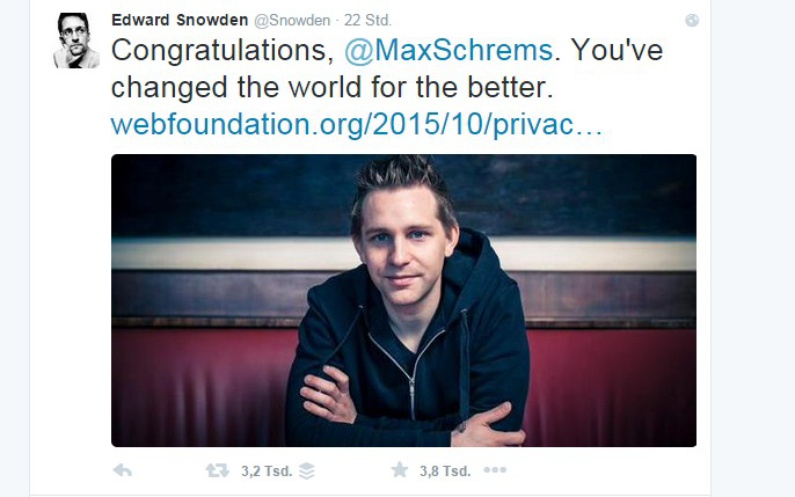 After the ruling passed down by the ECJ the US and the EU must replace the "Safe Harbour" agreement with another as soon as possible, the centre-left daily Tages-Anzeiger urges: "The Internet once stood for limitless freedom. Now, however, the worldwide web has lost its innocence. It is facing fragmentation and perversion. What's more, from China to Russia the Internet and the social media have long since become instruments of power and control. Between Europe and America, different cultures are now creating dangerous rifts in the digital world. The states of the free world have an interest in safeguarding the achievements of the Internet and the digital economy. That includes the EU and the US quickly reaching a consensus on a new 'Safe Harbour' agreement that is worthy of the name. If not even the Europeans and Americans can come to terms on joint standards for protecting personal data, the enemies of freedom from Moscow to Beijing will rejoice." (07.10.2015)

It is right to protect users, the Catholic daily Avvenire writes commenting on the ECJ ruling, but adds that it would be better if a standardised set of EU data protection rules was worked out rather than leaving it to individual states to come up with their own rules: "The ruling is good news. It carries just one risk. That Europe fails to create a joint policy for protecting digital data and instead allows each country to go its own way - to the detriment of their partners. … Imagine if all Europe were to ban Google, Facebook, Twitter and all the other companies that control the web from using our data commercially. … That would be a revolution with unimaginable consequences in today's digital world based on a powerful oligarchy. Because data is the real money on the Internet. If it is taken away many of the giants would no longer be giants. And the US, which is no longer the only and undisputed global power, would also no longer be at the centre of the digital world." (07.10.2015)

Ireland in a quandary - The Irish Times, Ireland

The government in Dublin must on the one hand try to keep the many US companies in the country like Facebook and Google happy and on the other hand adhere to the EU's data protection rules, the centre-left daily The Irish Times concludes: "[T]he Luxembourg ruling puts Ireland in a moral and legal quandary, too, and has forced a debate, long avoided, with parallels to the questions of neutrality and sovereignty raised when US war planes refuel in Shannon. Where do Ireland's loyalties lie? When it comes to Facebook and other tech giants based in Dublin, does Ireland see itself and its data protection regulator as the front-line defender of Irish and EU citizens' fundamental rights to privacy, or as a digital-era colonial outpost of US intelligence?" (06.10.2015)