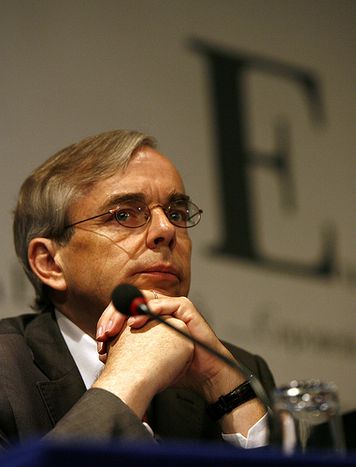 EBRD in the red, but for the right reasons

Despite reporting historic losses, the European bank for reconstruction and development (EBRD) is to increase its aid to eastern countries. Latest titbit of news from Brussels

'The severity of the economic crisis in eastern Europe threatens more than two decades of economic reforms,' laments Thomas Mirow, president of the EBRD. As one of the channels of support for eastern European countries in their transition towards market economies, it has already dedicated lots of money and energy to this function. The global crisis has only increased the difficulty of the task to the point of invoking net losses of 602 million euros in 2008.

However, through its collaboration with the world bank and the European investment bank, it says it will provide 24.5 billion euros of further aid and finance packages for banks and companies of eastern Europe. But a plan to rescue the economies of central and eastern Europe is in essence also a plan to rescue the economies of western Europe due to their deeply-embedded involvement in the eastern banking systems. For Thomas Mirow, 'bankruptcies of banks in the east would without a doubt have an impact on the eurozone.'