Maril, 34, has just left her job at the psychiatric hospital. Today she turns to prostitution in the red light district and earn a much better crust. A big blonde woman with an easy smile, Maril seems to like her new job. She states that, “it’s very easy to become a prostitute. In fact, it’s a bit like setting up your own business”.

Just like a fair few of her ‘colleagues’, Maril shakes her stuff in bra and G-string in her glass “office” with pink lights, facing the incessant coming and going of curious tourists. Some laugh amongst themselves. Others, embarrassed, look away and hurry up. Whatever happens, no one is indifferent. 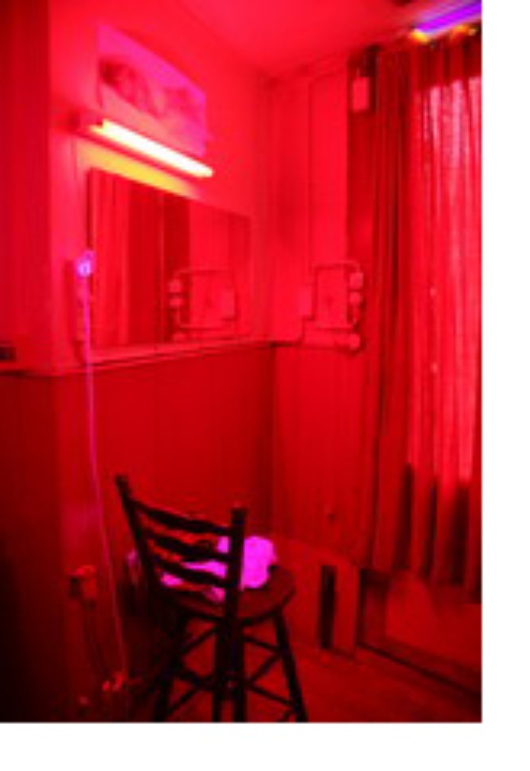 Since October 1, 2000, when prostitution was legalised in the Netherlands, prostitution is strictly regulated. As in Denmark, they can pay contributions for their pension or health insurance; they pay income tax and more than 19% VAT on each client. Very few of them, however, can show an invoice!

Mariska Majoor manages the Prostitute Information Centre (PIC), in the heart of the red light district. A former prostitute herself, she criticises the fact that prostitution is seen as a problem and not a profession. “The government thinks that prostitutes are stupid and need to be protected against themselves. However, most of these women are strong, very strong. We need to stop victimizing them”.

Majoor explains that most call-girls are young and want to make lots of money quickly to spend on other things, like paying for their studies or holidays. “I don’t lie to anyone,” says Maril. “Not to my friends or family, nor anyone who comes through my door”. Maril works alone and is her own boss, renting her office and paying her own taxes. 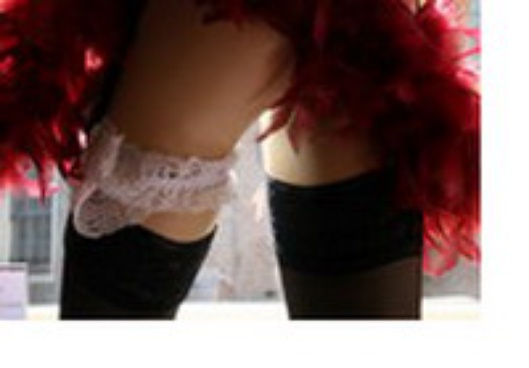 Proof that the oldest profession in the world is here banal is not lacking. The 250 brothels in Amsterdam have become businesses like any other and can ask temping agencies to help them out when they need more female staff. However, these agencies are not allowed to post “racy” adverts. “This is one of the aberrations of the law. Prostitution should be completely legal or completely illegal. You can’t have both,” Majoor snaps.

Since legalisation, women working in brothels are, in theory, able to refuse to work in certain conditions. In practice, if they refuse to obey the rules fixed by establishments, they are fired. However, should the prostitutes disagree with their employers, they can turn to the prostitutes trade union, “De Rode Draad”, or “Red Thread”.

The offices of ‘De Rode Draad’, the prostitute headquarters, can be found in the basement of a building which faces one of the canals of the Dutch Venice. Squashed between her coffee maker and tons of paperwork, Metje Blaak, the union’s spokesperson, points out that they won several cases of discrimination. Indeed a bank refused to open an account for a prostitute and a child who was dismissed from nursery school because of his mother’s profession. 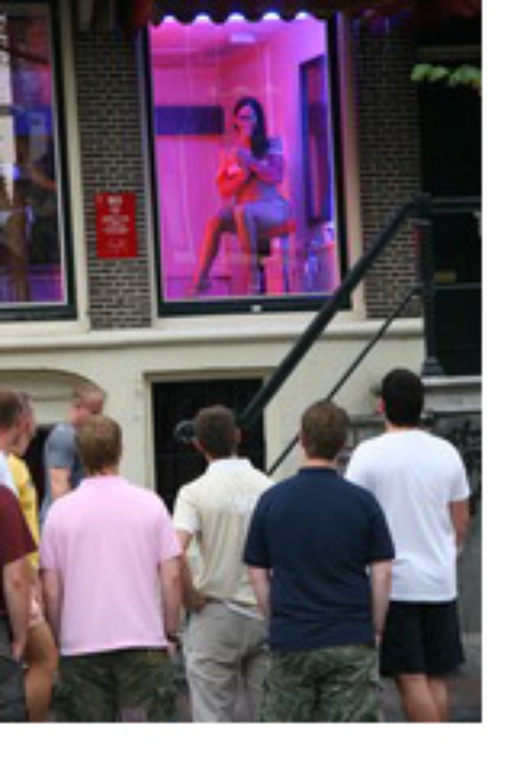 Today, the organisation focuses on working conditions for prostitutes. Some of them work as many as 17 hours a day. “We need to install air conditioning in the stifling cabins of the red light district,” Blaak explains. “Women should also be exempted from work when they are menstruating,” Blaak adds.

In the long term, however, the viability of ‘De Rode Draad’ seems uncertain given that they need 3000 people to sign up in order to join the FNV, a powerful trade union network in the Netherlands. It is estimated that there are 25,000 prostitutes working in the Netherlands, and only a few regularly paid their membership dues in 2003. It also seems that the discreet and individualist environment in which the profession operates does not really lend itself to this type of organisation. Since legalisation, only 4% of Dutch prostitutes are legally registered with the tax authorities.

“I don’t care about this union, I can manage perfectly well by myself,” says Jessie, 25. She shares a double booth with another prostitute, originally from Surinam, just like her. “Most prostitutes want to sort out their own stuff without any help. I’ve never had a problem”.

Mariska Majoor is expecting a change in mentality in the years to come, but she criticises the media for “not being interested in prostitution until there is a murder or a woman finds herself on the edge”.

Despite all the measures implemented to better define the sex market in the Netherlands, some people, like the NGO for women’s rights, Sisyphe, says that the situation of women has worsened since October 2000.

According to Richard Poulin, a sociologist and author of the work “The Globalisation of the sex industry”, the number of “legal” prostitutes has dropped in favour of clandestine prostitution. As for the number of under-age prostitutes, this has risen from 4000 in 1996 to 15000 in 2001, with 5000 of these coming from abroad. This means that the situation is far from rosy in the red light district.

In collaboration with Thijs Lammers, from Amsterdam local team.