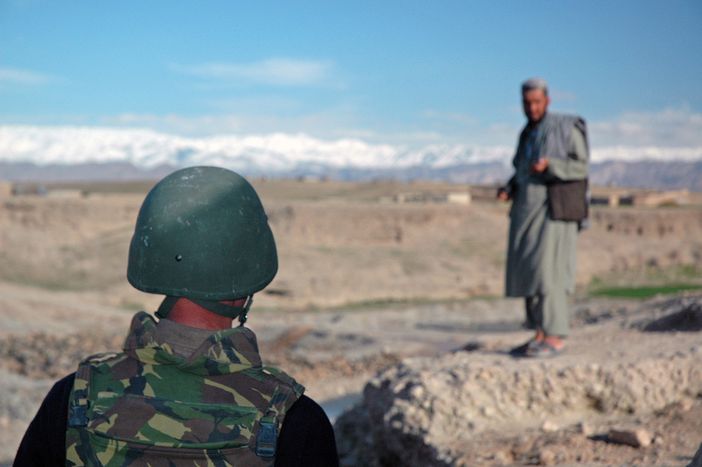 The grand coalition government in the Netherlands collapsed on the weekend after it was unable to reach a consensus on prolonging the operations in Afghanistan. The Spanish, Dutch and Belgian press write that although this won't prompt other states to withdraw their troops from the country, it may give the right-wing populists a boost in new Dutch elections

Following the breakdown of the coalition government in the Netherlands the liberal daily speculates on the political impact this could have for other countries: 'So far it looks like the Dutch example hasn't affected the other European allies. Opposition to the Afghanistan war in Germany and France is not strong enough to trigger a domino effect in the short term. For now Obama can still rely on Berlin and Paris, and of course London too. However a defeat of the allies in the Helmand offensive or the withdrawal of the Pakistani army could complicate the situation in the Asian region'

'Plays into the hands of populists' - Trouw, the Netherlands

In the dispute over the Afghanistan mission the christian democrats (CDA) and the social democratic dutch labour party (PvdA) have merely been looking to their own interests, the daily writes, commenting that this suits the right-wing populist freedom party (PVV) just fine as it could become the second power in the Dutch parliament: 'The attitude of the traditionally internationalist PvdA is bitterly disappointing. It seems the party has been frightened by the opinion polls and modelled itself too closely on the right and left wing populists who aren't willing to lift a finger to fight violent extremism in the world. And its failure plays right into the hands of the populists. The message of congratulations from PVV leader [Geert] Wilders to [social democrat Wouter] Bos speaks volumes. As a new CDP-PvdA coalition is pretty much out of the question, a cabinet including the PVV is growing ever more likely. For many that is a frightening prospect. So far the leaders of the PvdA and CDA have failed to make it clear that they understand the consequences such an outcome would have'

The collapse of the government of Dutch prime minister Jan Peter Balkenende comes at the worst possible moment in the economic crisis, writes the business paper: 'Savings of between 35 and 40 billion euros are needed to meet the budget deficit reduction targets the Netherlands promised the EU. The fall of the government, the coming elections and the ensuing coalition talks will effectively mean that the necessary measures won't be taken before the summer holidays, at the earliest. This is not good news for the Dutch economy, which after all is waiting impatiently for a strong recovery programme. The oxygen the Dutch economy needs will no doubt be a long time in coming' (Lieve Dierckx)