By Zita de Pooter and Michael Aurori 9:00 p.m.: Talks with fellow journalists News is spreading like wildfire. Some members of the Dutch press are indifferent. Balkenende and Van Rompuy are equal, "both dull and grey". Yet they are relieved that it is not their Prime Minister, mainly because Balkenende must solve the internal problems before relocating abroad.

Dutch are more into national than European politics...

Why then did they choose Van Rompuy? According to the Dutch his knowledge of French and his skills as a mediator played an important role.

The reactions from Danish journalists are more negative. Their view is that Van Rompuy is too inexperienced and not a major figure in Europe. Therefore it is precisely for that reason that he was elected. On the opposit, a British journalist is very optimistic about the appointment of Van Rompuy: he sais that now the President will have a minor role!

But tonight we shouldn't forget that a new High Representative on Foreign Affairs was appointed next to the President. Catherine Ashton, according to an Italian journalist, is the perfect choice for the job. She will not be feared by the big three, he says.

Conclusion: The newly elected President and Foreign minister of the EU have both a low profiles and will therefore not be a significant counterweight either to the powers like China and America...or Germany and France!

Family pictures are already taken and the official press conference will start in a few minutes. Of course our reporters are there to bring the big news as soon as possible. 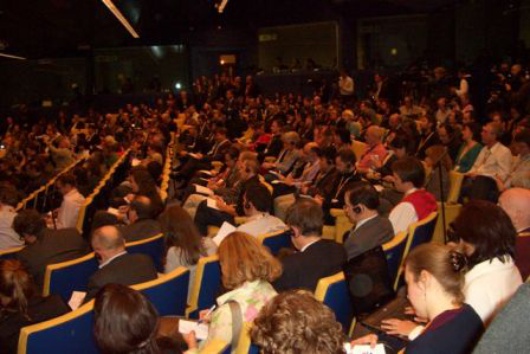 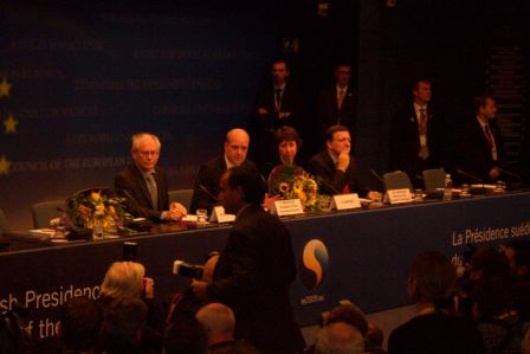 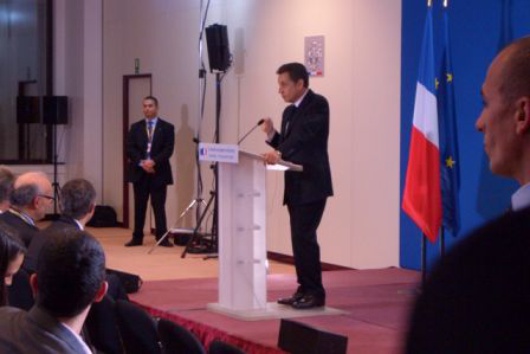 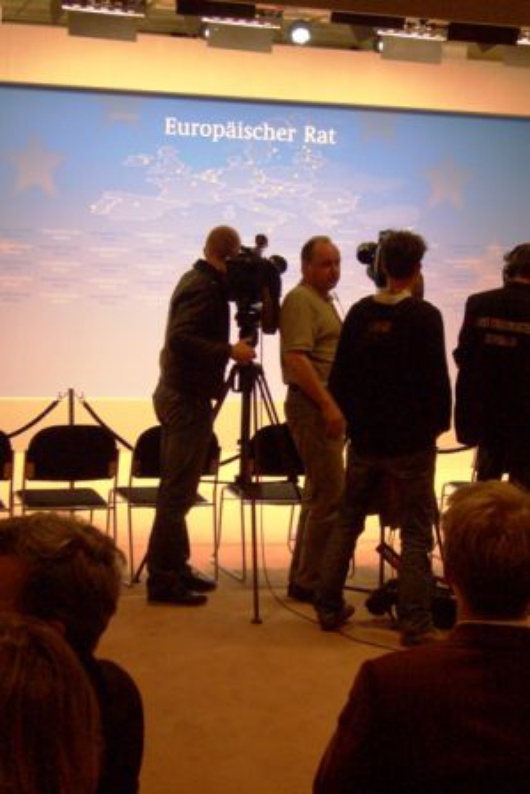