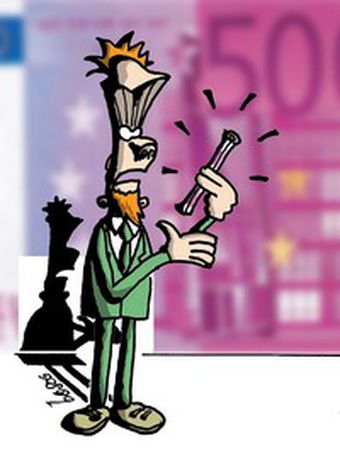 Until the 1980s, cross-border organized crime had a minimal presence in Spain. 25 years later, the scene is very different.

During 2005, Spanish security forces conducted 800 major drug-busting operations, some of them in Hollywood style: boarding ships on the high seas with helicopters, using patrol boats and even in collaboration with the army. In these operations, more than 46 tonnes of cocaine – a new historical high – and almost 650 tons of hashish were seized. These figures make Spain the main point of entry of narcotics into Europe, along with the Netherlands, and the world’s third largest seizer of illegal drugs after the USA and Colombia.

Its location between Europe and Africa and its status as a link between Europe and Latin America has turned the Iberian country into one of the favourite countries for mafia organizations. Close-knit illegal networks have been set up to protect the drug trafficking operations, which have kept improving on the rudimentary techniques inherited from the former Galician smugglers.

They were the first to realize that they could take advantage of their small business infrastructure in order to deal in other products, although they were not the only ones. Since the Fall of the Berlin Wall, the economic boom in Spain and its full integration into the EU, organized crime groups from abroad, mainly East Europe and the Balkans, more specialized and violent than their homegrown counterparts, didn’t take long to gain a foothold in the country.

Thus, in the 1990s, the media began to speak about the white slave trade, in the hands of the Russian mafia; smuggling of arms originating from the Balkans, associated with a rise in violent crime; trafficking of immigrants, controlled by the mafia of northern Morocco; and the arrival in the drug market of new Latin American organizations. To date, the state security forces have detected at least 34 Russian mafia organizations in Spain, which makes Russians the seventh most widespread in the national crime rankings. In other words, they are not the most numerous.

The latest to join this colourful spectrum of the underworld are the Chinese mafia, which are associated with human trafficking, primarily of their fellow citizens, and money-laundering.

One fact that may show the power that these organizations can wield is that one of every four 500 euro bills existing in Europe is circulating in Spain – bills totalling 47,367 million euros, almost 60% of the total value of the currency placed in circulation in that country. Associated with the strong real estate boom the country is experiencing, it gives us indications of strong money laundering activity, with the money coming from illegal activities.

Finally, it is calculated that there are currently between 300,000 and 400,000 people practising prostitution in this country, 90% of whom are immigrants and only 5% of whom admit to practising this activity freely and voluntarily. This lucrative trade is worth 18 billion Euros in Spain alone.

In a Europe with fewer internal controls, some of the first parties to capitalize on this advantage have been organized crime groups which, from the very beginning, have had no qualms about, for example, introducing cocaine from Colombia through Spain by joining forces with local drug traffickers, distributing it throughout Europe and laundering the profit from the trade through Swiss banks. Conversely, the police – in spite of institutions such as Europol – have always had fewer cross-border methods for confronting cross-border crime. It’s essential to step up international collaboration. Initiatives such as the development of specific units to fight organized delinquency – UTI (Territorial Intelligence Unit) or GRECO (Organized Crime Special Response Group) –, as well as centralization under a single authority of the national central offices of Interpol, Europol and Sirene, are a great advance, but they fall short. This is all the more considering that the thin line separating the mafia organizations from terrorist organizations is becoming more and more vague, as was demonstrated by the 11-M , where a great deal of the financing necessary to execute them was obtained through drug trafficking.

Despite the potential of these mafia organizations to general alarming headlines, the statistics provided by the Interior Ministry indicate that Spain continues to be a safe country. The crime rate in 2005 was 49.3 offences per thousand inhabitants, 20 points below the EU average. The homicide rate was 10 points below the rate in 2003 and illegal trafficking in immigrants has been successfully reduced by 37.5%.